Shocker: Coyote Dies from Chewing on Electrical Cord in Canada 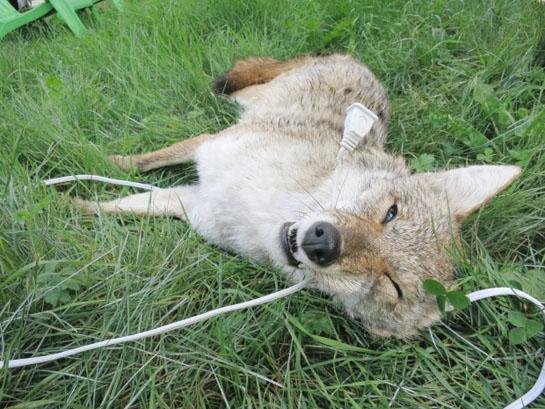 The caller said that a young coyote came from the woods to attack the garden hose he was dragging across the lawn. The song dog reportedly hissed and growled as it did so. The man dropped the hose, kicked the coyote, and fled the scene on a 4-wheeler to call authorities.

Immediately following this the coyote was seen watching a child play on a swing. Park officials responded to these two incidents by posting warning signs.

Authorities received another coyote call that afternoon regarding a dead coyote.

Michel said the animal’s cause of death was rather electrifying.

“It chewed on an electrical cord,” Michel told the Calgary Herald. “This is the first time I’ve encountered something like this.”

There has been no further coyote action since.

Electrifying. Shocking. Okay, bring on the puns in the comment section below!