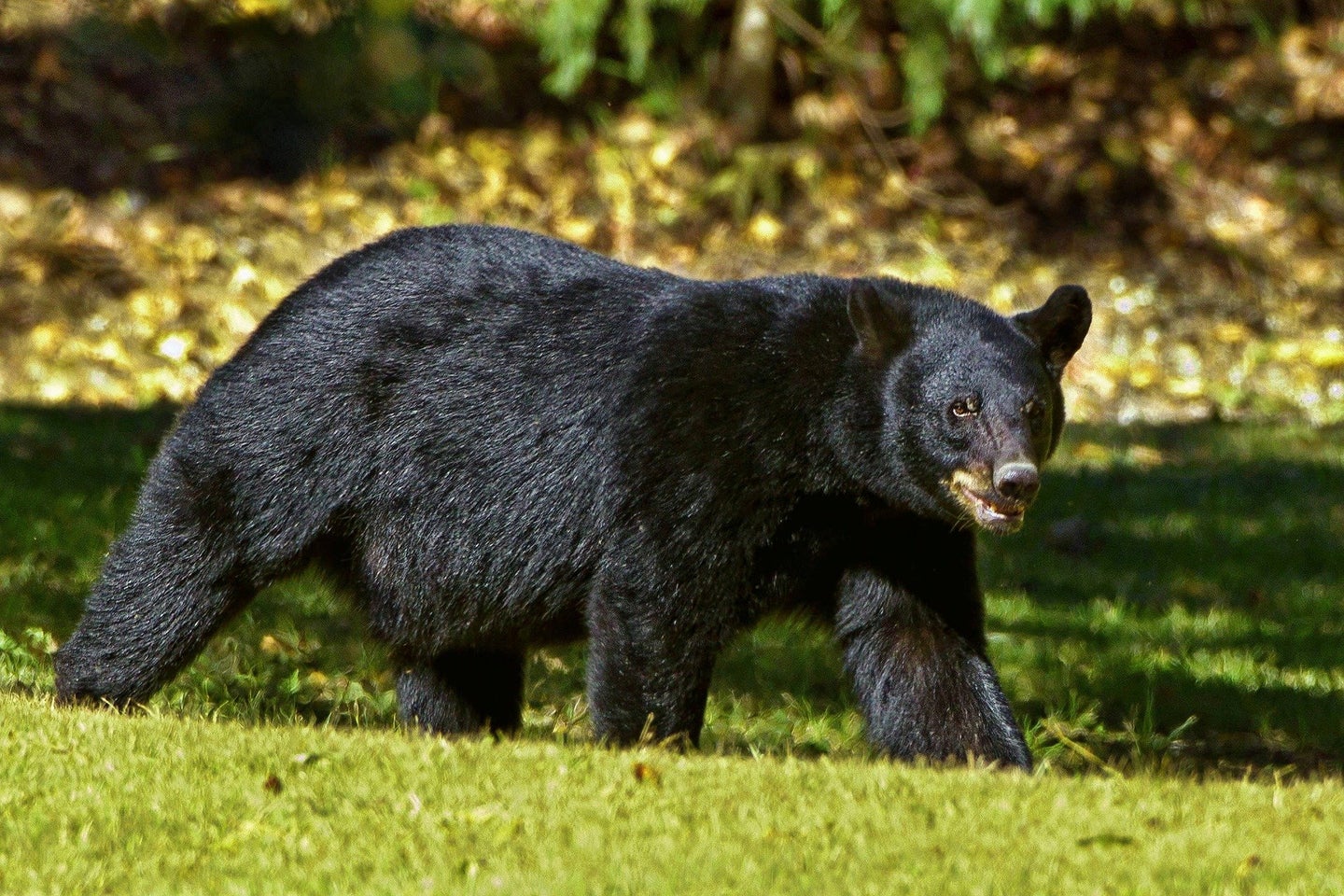 If you ever have wanted to start hunting black bears, now is a great time to start. Multiple state harvest records fell during the 2020 season as more hunters hit the woods, seasons were expanded, weather conditions were optimal, and bears were on the move searching for food.

“In addition to an abundant population and the potential of harvesting delicious and nutritious bear meat, larger numbers of bears were harvested due to several factors,” said Forrest Hammond, a bear biologist with Vermont Fish and Wildlife. Vermont hunters tallied a record 914 bears in the 2020 season. “It was a poor year for natural bear foods, and we saw a surge in hunter numbers brought about by the COVID-19 pandemic and perhaps a corresponding increase in the number of hunters spending more time in the outdoors hunting than in past years.”

Read Next: The Proposed Bear Hunting Ban in California Is a Threat to All Hunters

“It was an extremely dry year, and a poor natural food year, so we had a better response [by bears coming] to bait,” Jennifer Vashon, the state black bear biologist for the Maine Department of Inland Fisheries and Wildlife, told the Bangor Daily News. “Also, our permit sales for bears were up. It was probably a combination of a pandemic effect — people going out and spending more time — and we had a couple of press releases telling people that if they’d never bear hunted, this would be a good year to try it.”

West Virginia hunters killed a record 3,541 black bears in its archery and firearms seasons. It is the fifth time in six seasons more than 3,000 bears have been taken. Arkansas, where bear hunting is steeped in tradition in the Ozark and Ouachita mountain regions, a record 665 bears were taken. The leap was due in part to an increase in the harvest quota. Bowhunters killed 536 bears while muzzleloader hunters got 77 and modern gun hunters killed 52.

“We saw increased harvest numbers during the September/October and bow/crossbow seasons and then numbers decreased slightly during the buck-gun and December seasons,” said Colin Carpenter, black bear project leader for the West Virginia Division of Natural Resources. He said soft mast production was decreased in 2020, forcing bears to roam and search for food. The same reason was cited in Arkansas.

Read Next: Bear Boom: How to Take Advantage of Growing Black Bear Populations

“The increase of almost 100 bears was largely due to two factors: The fact that there was a sparse mast crop across the state and the fact that we increased the bear zone quota from 345 bears to 500 bears,” Myron Means, Arkansas Game and Fish Commission large carnivore program coordinator, said during the state’s January Commission meeting. Also similar to West Virginia, the number of bears in Arkansas killed with bows (536, or 80 percent), was greater than the gun hunters. Means said that’s because most bear hunters use bait and hunt as soon as archery season opens.