Oregon Ranchers Get the OK to Shoot Problem Wolves Without Permit

A new rule adopted by the Oregon Department of Fish and Wildlife will allow ranchers and other livestock producers to... 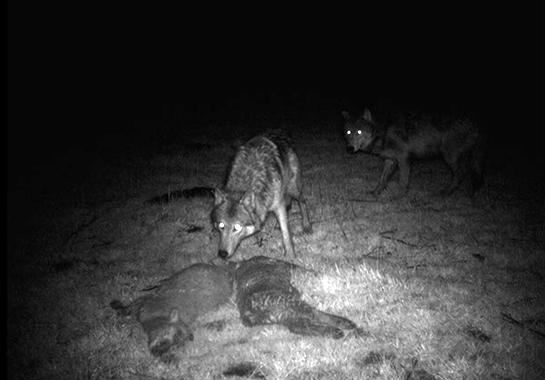 A new rule adopted by the Oregon Department of Fish and Wildlife will allow ranchers and other livestock producers to kill wolves on their property. Restrictions require ranchers to witness the predators killing, biting, or injuring their livestock and working dogs. If they do manage to catch wolves in the act, however, ranchers are allowed to kill the predators without a permit. In the past officials required permits for lethal kills, reports the DFW.

Despite the official adoption of these new rules, ranchers have been working under a temporary version of these guidelines since October of last year. Wildlife officials made the regulations permanent at a DFW meeting in Salem earlier this month.

The rules outline strict conditions for taking a wolf. Wolves caught killing, biting, or injuring livestock may be killed without a permit on a rancher’s property in a region of the state where wolves are not under federal protection. Bait or intentional attractants are illegal. Kills must be reported to the DFW within 24 hours, and the scene must remain preserved and the carcass untouched during that time.

Special circumstances apply when ranchers spot a wolf that chases livestock but doesn’t make physical contact. Ranchers may kill the wolf if they live in a chronic depredation area determined by the DFW. A chronic depredation area is declared when four confirmed qualifying depredation incidents occur within a six-month stretch. An incident only qualifies when ranchers first attempt nonlethal deterrent methods and remove attractants such as carcass piles for a minimum of seven days before the kill.

The finalized rules originated from a legal settlement reached in 2013 after several conservation groups challenged the DFW’s authority to take wolves under the State Endangered Species Act. Negotiations ultimately produced an agreement to satisfy conservationists while also permitting livestock owners some flexibility to tackle depredation. Gov. John Kitzhaber signed the bill outlining these agreements in July, and the DFW has finally adopted it.

“In a mediated settlement, you don’t always get everything you want. That was certainly the case here,” rancher Todd Nash told The Columbian. “We want the right to protect our animals.”

Nash also serves as a wolf committee chairman for the Oregon Cattlemen’s Association, one of the groups involved in the 2013 settlement. He said it’s rare for livestock owners to actually catch a wolf attacking an animal, and he has only seen two wolves in person and at distance. Although dissatisfied with the compromise, Nash views the legislation as a step in the right direction.