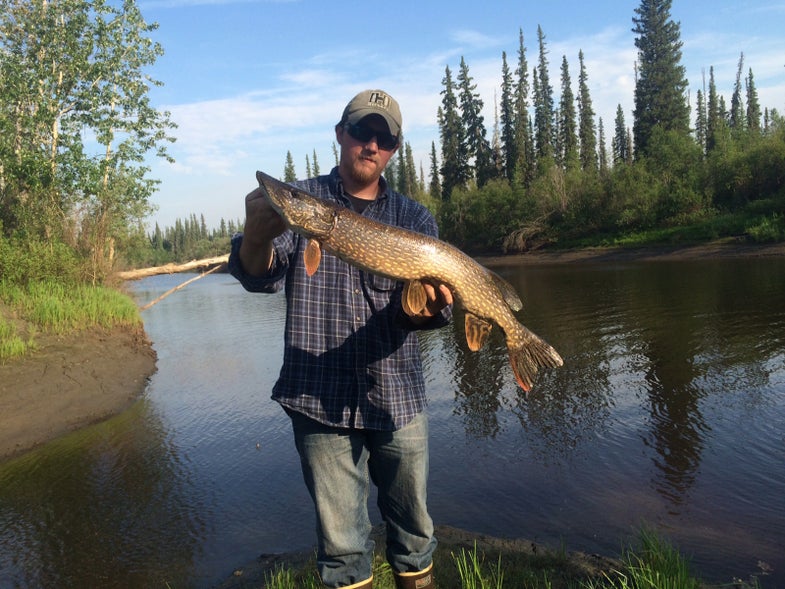 Everyone knows how important it can be to have backup plans if hunting is slow. Sometimes even the backup plans don’t work out (or even the backup to the backup). This seems to be one of those years for us here in Alaska. For the majority of hunters baiting spring bears here in the interior, it’s been an oddly slow year. Although I could have shot bears nearly every night I’ve sat, the right bears just haven’t cooperated yet.

After our normally good spots have proven more or less a bust, we branched out and put a new bait in an area we expected to be just slammed with bears. Nick, Riley, and I headed out this weekend with high expectations, but were left disappointed when it hadn’t been touched.

Although our backup for the backup plan wasn’t as much fun as hunting bears, we had thrown a couple fishing rods in the boat and decided to spend the evening trying several sloughs and creeks on the Yukon River for pike. The disappointment about the bears quickly gave way once we started pulling 3-foot pike into the boat.

We spent a few hours drifting lazily down these sloughs in the dead calm night, throwing spoons to the pike piled up along the banks waiting for the next fish to pass by. It still mesmerizes me how fast they can strike. Probably three quarters of the fish I caught hit the spoon the instant it hit the water. We pulled around 30 pike in the boat, most of them between 30 and 36 inches. They weren’t huge, but they weren’t tiny. All in all it was a good night. The funniest moment of the trip, as if to add insult to injury, and completely cliché, was of the one that got away. One cast, I dropped the spoon right at the edge of the water and on the first crank of the reel, had another one. He didn’t fight much until we saw him and he saw the boat, then the drag started screaming.

After he was “wore out,” I could see that he was hooked very well through the top of the mouth, and also could see that he was probably the biggest pike I’d ever had on. He dwarfed the 34-inchers we’d been catching, and we figured he was around 45 inches. Not having brought a landing net, and not wanting to kill the fish, we were left with a chore of getting him in the boat. Not really thinking about it much, I told Nick to just grab the spoon and yank him in the boat. When he did, the hook pulled right through his lip, and I did my best not to dive in the river after him. All we could do was laugh about it. 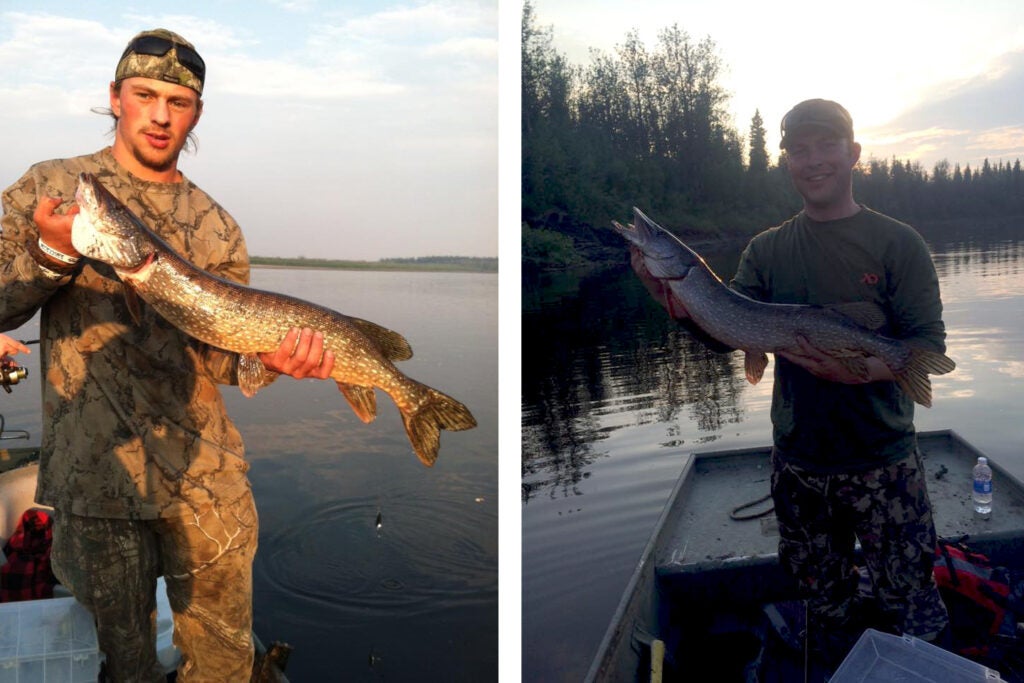 It’s never a good hunting story when it ends up being about fishing, but the lesson I am learning this year is to stay focused and be persistent. If you have other opportunities or even just things to do if the hunting is slow, it will help keep you from throwing in the towel altogether. Although the season is now short, and many have given up, it’s not over till it’s over. You can’t fill your tag with a big animal if you fill it with a little one, and sometimes that means you go empty handed. But there’s almost always a silver lining, and things could always be worse than having beautiful weather, a boat that is running great, and a night full of pulling in pike on the Yukon.