Montreal Suburb Plans to Euthanize Most Deer in City Park

After much debate, Longueuil, Quebec, city officials determined a herd of overpopulated whitetails must be culled 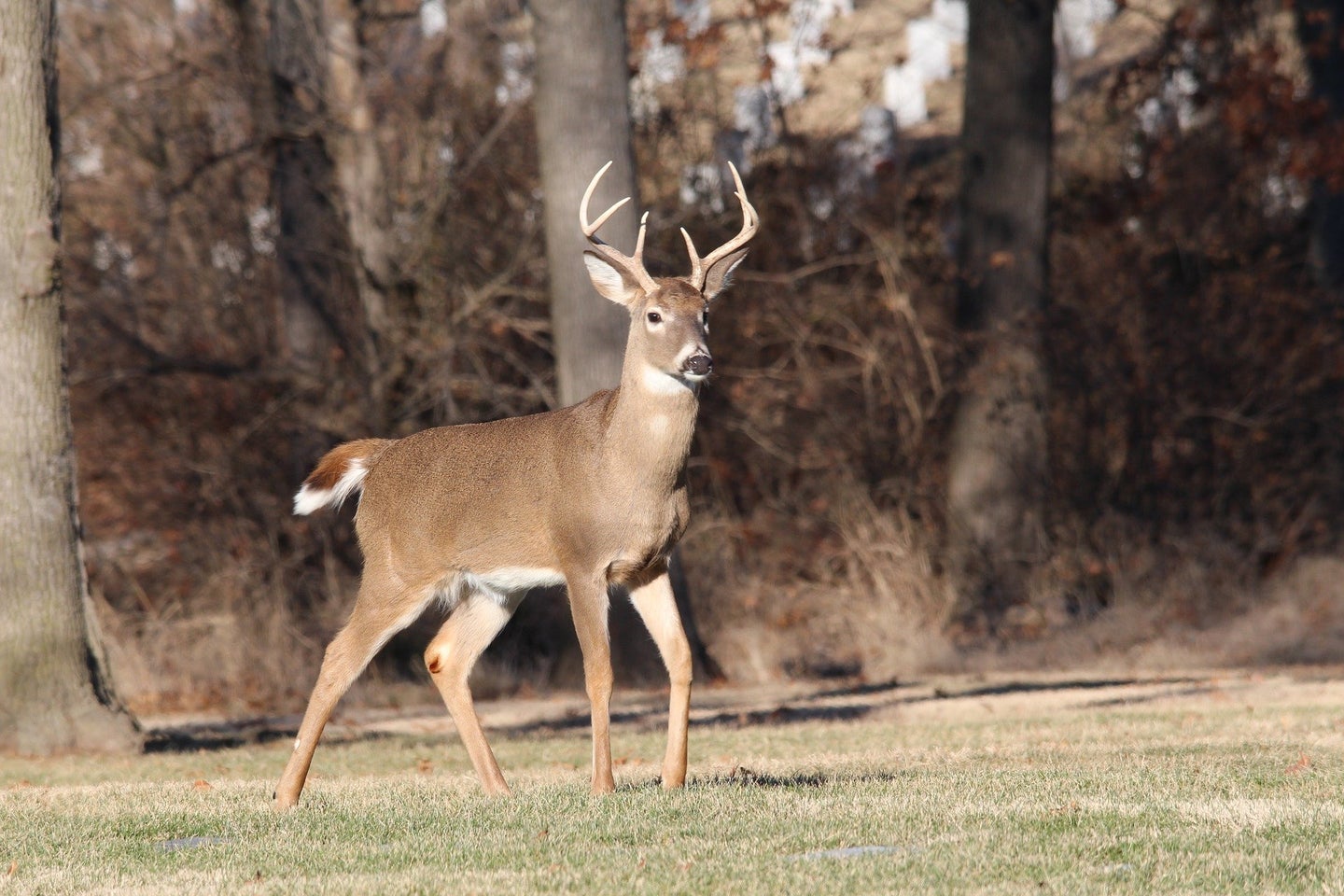 A whitetail herd at a park in Longueuil, Quebec, has become so overpopulated that the city has no choice but to eliminate most of the animals.

According to a report by the Canadian Press, Longueuil Mayor Catherine Fournier said she would follow the recommendations of a committee that stressed the need to drastically reduce the number of whitetail deer in Michel-Chartrand park.

“We realize that there is an urgent need to reduce the deer herd in the park in order to avoid significant additional damage to natural environments, already severely weakened by the overpopulation of deer,” Fournier said in a statement. “Taking into account all scientific, ethical, and environmental aspects, this is the only possible way forward at this point, as the situation has worsened greatly, particularly in the past year.”

A park deer cull was planned in 2020 when the number of animals was estimated at 30. Fifteen deer were scheduled to be removed from the herd. But a strong backlash that included a petition, a protest, and threats against the former mayor submarined the deer removal plan. Another plan to relocate the deer to a sanctuary also failed after a veterinary ethics committee said the proposal would have endangered the lives of deer and their handlers.

The Canadian Press detailed that a “committee of experts, local organizations, and citizens created to propose ways of protecting the park found that it was home to more than 70 deer last spring — more than five times the number of animals [the park] can comfortably support.”

Since that population estimate was made last spring, the 70 deer population inside the park is likely larger today after a year of breeding.

Read Next: How a Deer Cull Actually Works

The committee decided ignoring the problem and leaving the deer alone would be dangerous to deer and humans alike, due to the risk of automobile collisions near the park, tick-borne disease spread by deer, and malnutrition among the animals.

Longueuil spokesperson Hans Brouillette said in a statement it is recommended that deer culls be carried out in autumn to avoid orphaning fawns or killing pregnant females.