Mikaela Mengarelli killed this river-bottom buck with a 6.5 PRC 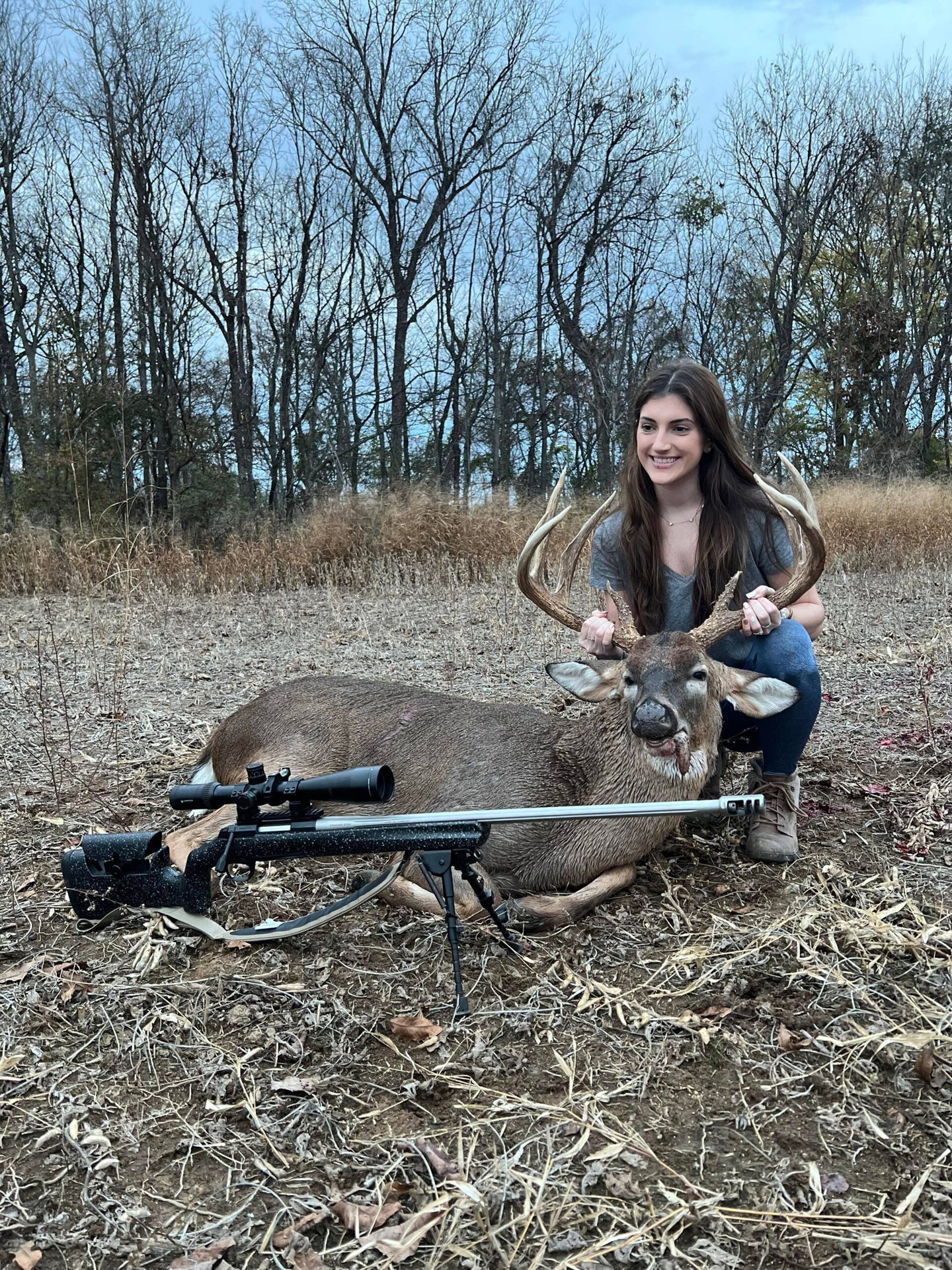 Medical students have plenty of work on their plates, and typically not much time for anything else between studying and making hospital rounds. But Mikaela Mengarelli took time away from her busy schedule to spend an afternoon hunting deer with her boyfriend Ruan Naude on her uncle’s property along the banks of the Sunflower River in west-central Mississippi.

It was about 3:30 p.m. on Dec. 5, 2021, when Mengarelli and Naude set up on the ground in some heavy grass overlooking a field near a riverbank. It was the first time Mengarelli had hunted deer, but she was well equipped and prepared for the hunt. She had spent time on the rifle range learning to shoot her Browning in 6.5 PRC, and was confident in her shooting skills and the gun.

As the two sat in the grass cover, Naude spotted a deer far away that they initially thought was a doe. Then, the deer raised its head and they saw an oversized rack and realized it was a heavyweight shooter buck.

The buck had been seen on the property for a couple years through trail camera photos set up by Mengarelli’s uncle, Rodney Walker. But the deer made a fatal mistake stepping into the open that afternoon and offering Mengarelli a clean shot at 150 yards.

She steadied her rifle, squeezed the trigger, and fired, but the buck just stood there. She quickly chambered another rifle round, aimed, fired, and the buck dropped.

The hunters walked to the spot where the buck stood and found the deer lying dead in the grass. The 5.5-year-old, 220-pound pound, 11-point buck green-scored at 169 7/8s inches, with a 22-inch inside spread—a hell of a buck for anyone, especially a young hunter just getting started.

The buck will be mounted, courtesy of Mengarelli’s uncle Rodney Walker.