A Colorado Mule Deer Snags Christmas Lights in Its Rack 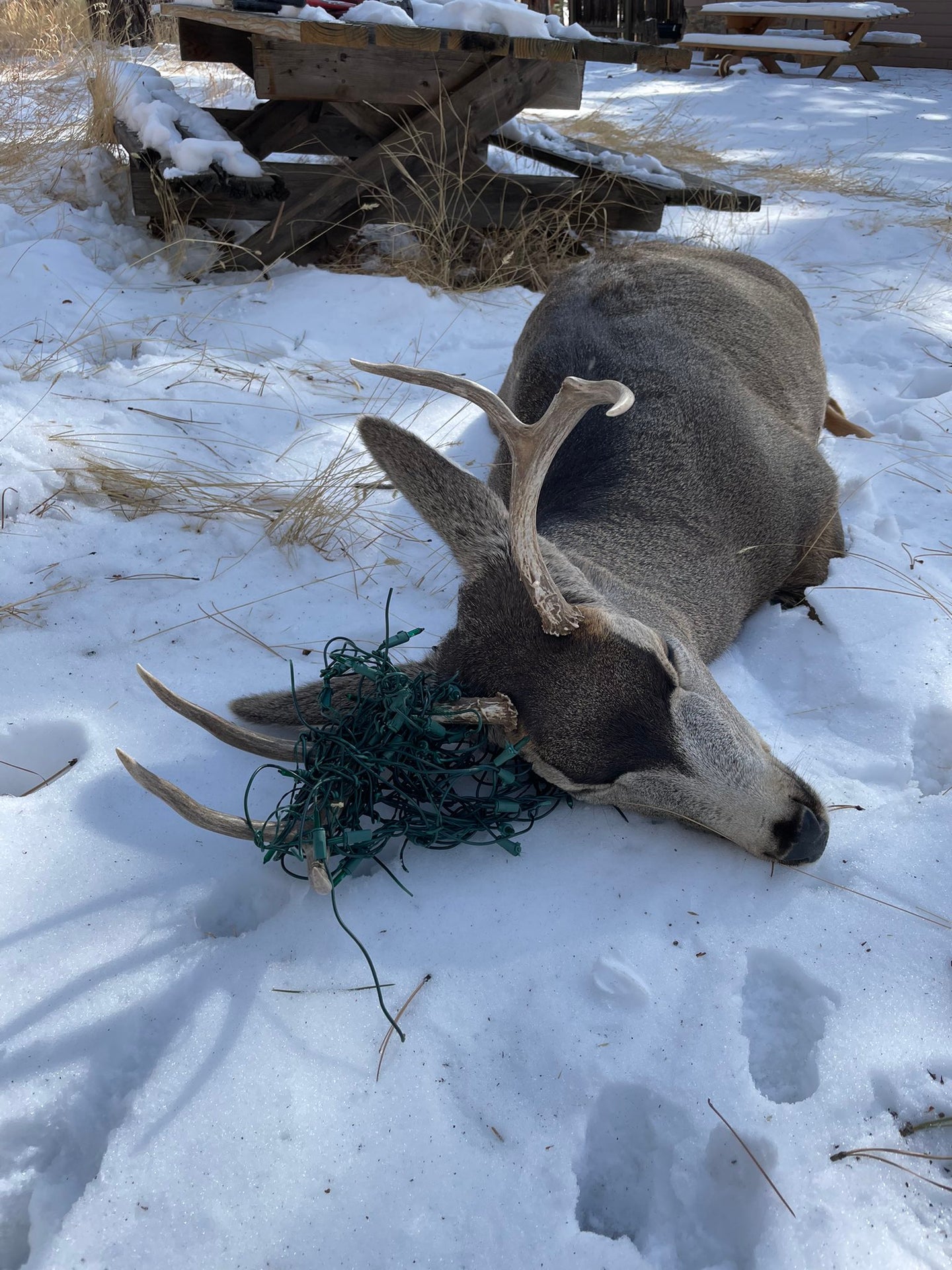 The Colorado Parks and Wildlife Dept. tranquilized and freed this mule deer after it became entangled in Christmas lights. CPW photo
SHARE

It wasn’t one of Santa’s tiny reindeer, but a mule deer buck in western Jefferson County, Colorado, that became entangled in strands of tiny Christmas lights. The deer, apparently still full of the holiday spirit, had to be rescued by a state wildlife officer on Jan. 5, according to a Colorado Parks and Wildlife (CPW) Twitter post.

The young buck was found walking around with a large green blob on its antlers. It turned out to be a string of Christmas lights. The string of lights were found wrapped tightly around the buck’s rack in the county, which encompasses the west side of Denver south to the Pike-San Isabel National Forest.

“Wildlife Officer Joe Nicholson was able to tranquilize the buck Wednesday morning [Jan. 5] and free it of the lights,” state officials posted on Twitter. “Please be mindful and remove any tangle hazards from your property.”

There have been other Colorado deer that have run afoul of Christmas decorations, according to CPW, including another buck adorned in bright-colored lights in November of 2021. Deer can become so fixated during the winter rut that they become tangled in Christmas lights and other hanging objects, CPW officials say. Bucks also rub antlers on trees and posts, which may be adorned with holiday decorations.

It coincides with the same time people are stringing up holiday lights, according to the CPW. In some cases entanglements can become dangerous for deer, even causing animal death.

“Oftentimes we go through heroic efforts to save the animal, but sometimes we can’t save them,” CPW officer Casey Westbrook said in a Nov. 4 CPW news release. Officials advise hanging holiday decorations above 6 feet to reduce risk of animal tangles.