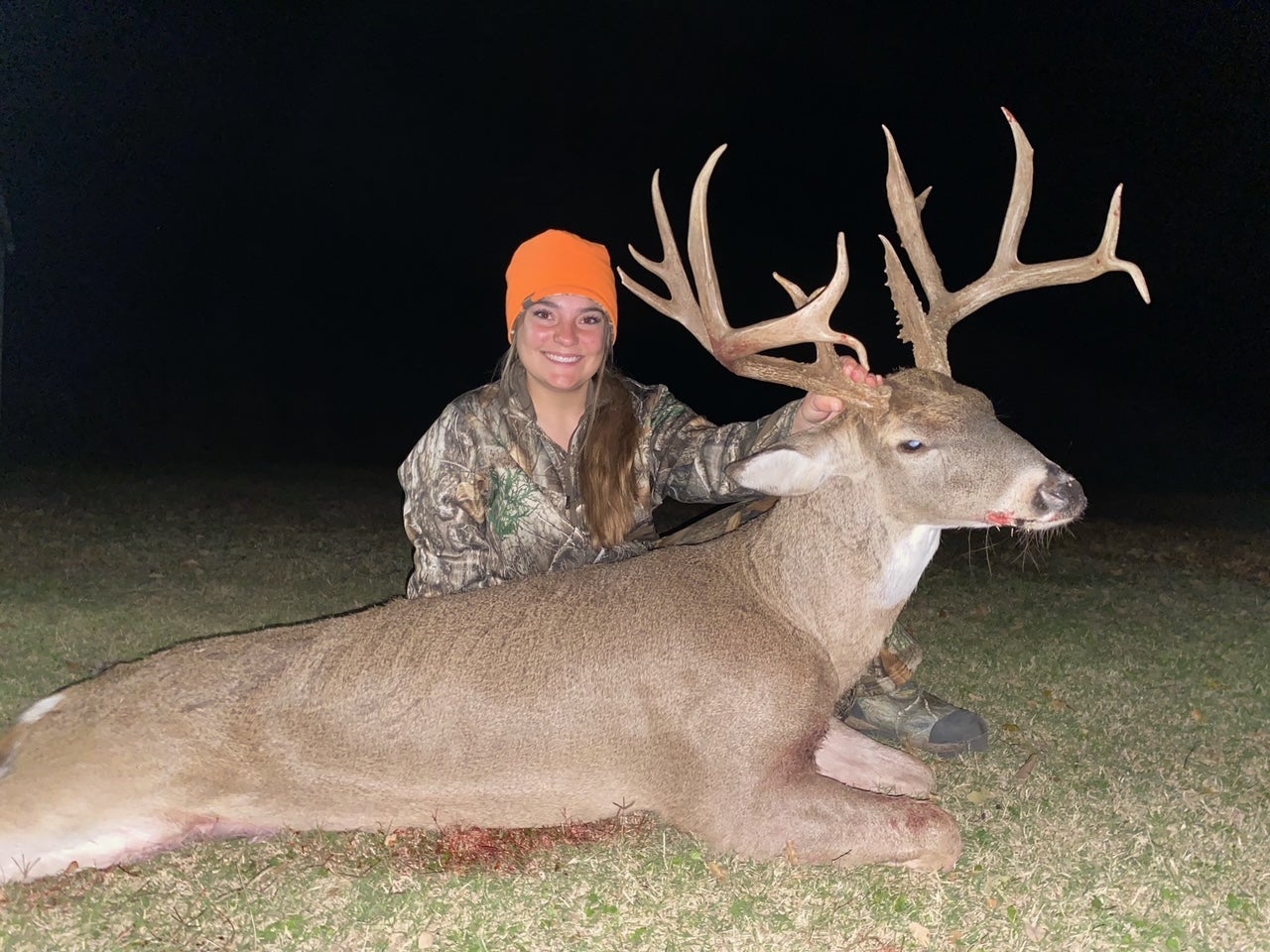 Austin Stephens arrowed a giant 156-inch buck on Oct. 24 in south-central Oklahoma, which we covered earlier this month. While Austin was hunting that buck, his sister Whitney Reed, 23, was focused on another similar buck with an even larger rack about two miles away.

“We had trail camera photos of him in the summer and started calling him ‘Spiderman’ because where we got pictures of him, he had a big spider web in front of the lens that covered him,” says Reed, a teacher at Elmore City Elementary School, which is south of Oklahoma City.

Reed and her husband, Cody, got photos of Spiderman until August, when the deer disappeared. They set trail cameras on a 200-acre parcel of private land nearby, and soon Spiderman showed again.

They were hunting a food source near a timber point with bedding area nearby. Two patches of woods funneled into a pinch point, which was the perfect spot to set up cameras—and an ambush for the buck.

“I saw him twice in the day during archery season, but both times he was too far for a shot,” says Reed, an experienced hunter with two deer to her crossbow-hunting credit. “The third time he showed up on camera during the day I was at work, just before gun season.”

Oklahoma’s firearms season began Nov. 20, and Reed got a photo of him that night. On the afternoon of Nov. 22, Reed and Cory sat on the ground near their trail camera, backs against a tree with Reed cradling her CVA Cascade rifle in .308.

She raised her rifle, made a perfect shot from 70 yards, and they watched the deer go down. The husband-and-wife team celebrated, then loaded the buck into their pickup.

They estimate the 15-pointer is 5.5-years old. It weighed 180-pounds dressed, and green-scored 166 7/8 inches. The deer’s unique rack is remarkably similar to the deer that Whitney’s brother Austin arrowed a month earlier, just two miles away.

“Mine is bigger,” says Reed laughing. “But he got his with a bow and I got mine with a rifle, so I guess that makes us about even.”