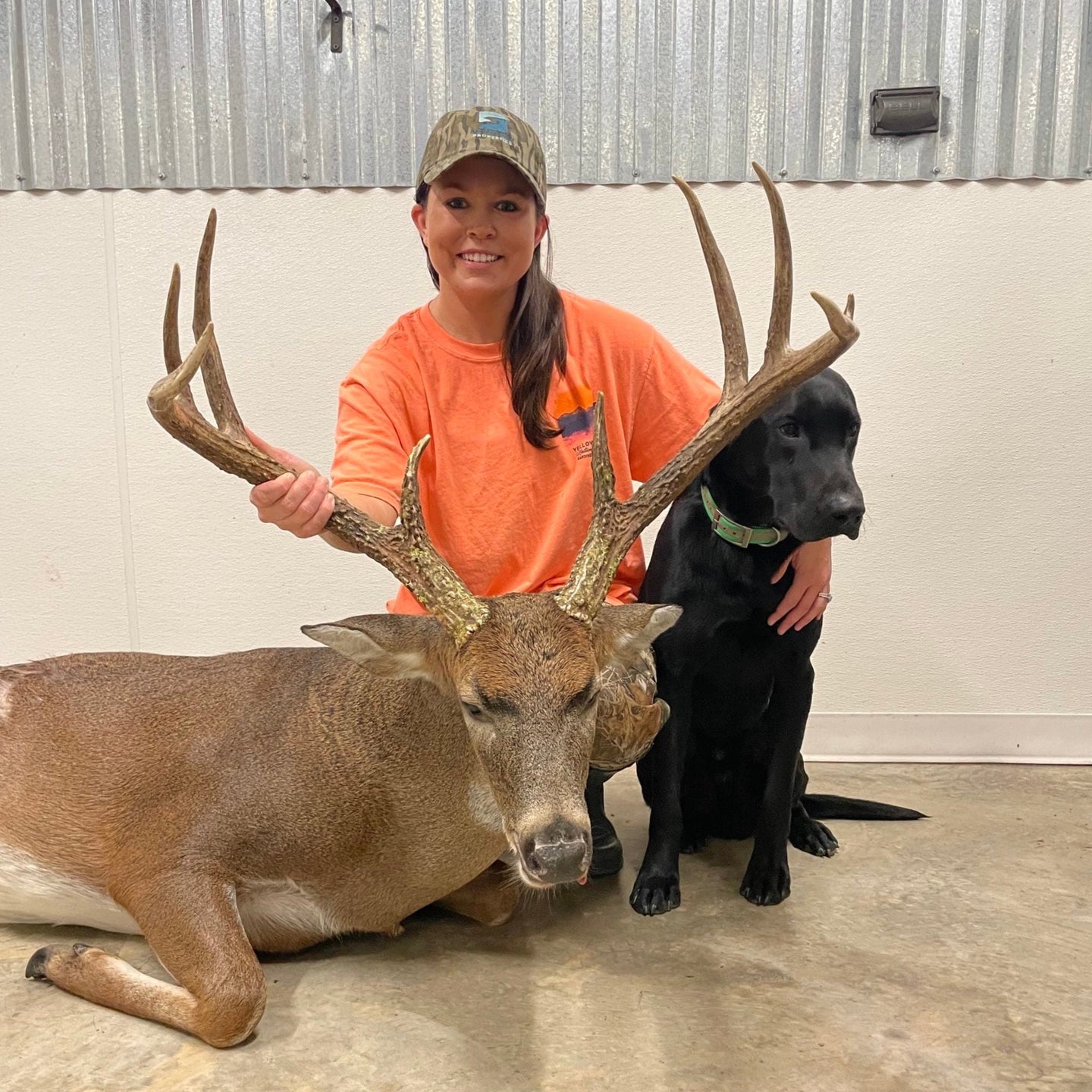 Victoria and Maverick with a 230-pound buck. Victoria Garland
SHARE

According to the 2010 census, Mississippi’s Issaquena County was the least populated county in the United States east of the Mississippi River. The region is perhaps best known as “south Delta country” because of the fertile lowlands and dark soil that lie within the floodplain of North America’s largest river.

Because of its rich ground, the area yields bumper agricultural crops and offers wildlife a cornucopia of food. Eastern turkeys and puddle ducks (during the fall migration) are abundant, and so are whitetails. And Delta bucks can grow big. It’s flat ground, offering hunters long vistas to spot game. It also gives rifle hunters the chance to make shots about as far as they can see through optics. Victoria Darden Garland, a 30-year old South Delta farmer, has shot multiple deer at distance.

She shoots a custom-built Remington 700 bolt-action rifle with a special aftermarket barrel, and handloads her .243 ammo using 105-grain bullets.

“I’ve shot it a lot over the years, and my Burris Eliminator laser rangefinding scope helps in judging yardage and makes my .243 the perfect gun for me,” she says.

Thomas Garland, Victoria’s husband, began getting trail photos of a large farm buck he’d passed the previous season because of a broken tine. By Dec. 2021, the buck had returned to their 1,200-acre farm, and on Christmas Day, Thomas got a long shot at the buck, but missed.

Two days later, Victoria was hunting in a box blind during an unusually warm December afternoon. She was thinking she should be sitting poolside instead of in a deer stand, when she happened to look up to see a giant buck. She instantly recognized it from trail cam photos as the deer Thomas missed.

Read Next: Mississippi Medical Student Tags a 170-Inch Whitetail on Her First Hunt

She got on the buck, which was standing 173 yards away, and shot … but the deer didn’t move. So she chambered a second round, aimed and fired again. The buck turned and ran, showing no sign of being hit. Checking the area where the buck had stood, she didn’t find any blood trail to follow. So the Garlands got their trusty two-year-old black Labrador, Maverick, to trail the deer.

“Maverick got on the scent right away, and went right to the buck,” says Victoria. “There was no blood to follow, and the deer only went 100 yards. Thank goodness for Maverick.”