Steven Bush's daughter killed the big buck he'd been hunting, and he wouldn't have it any other way 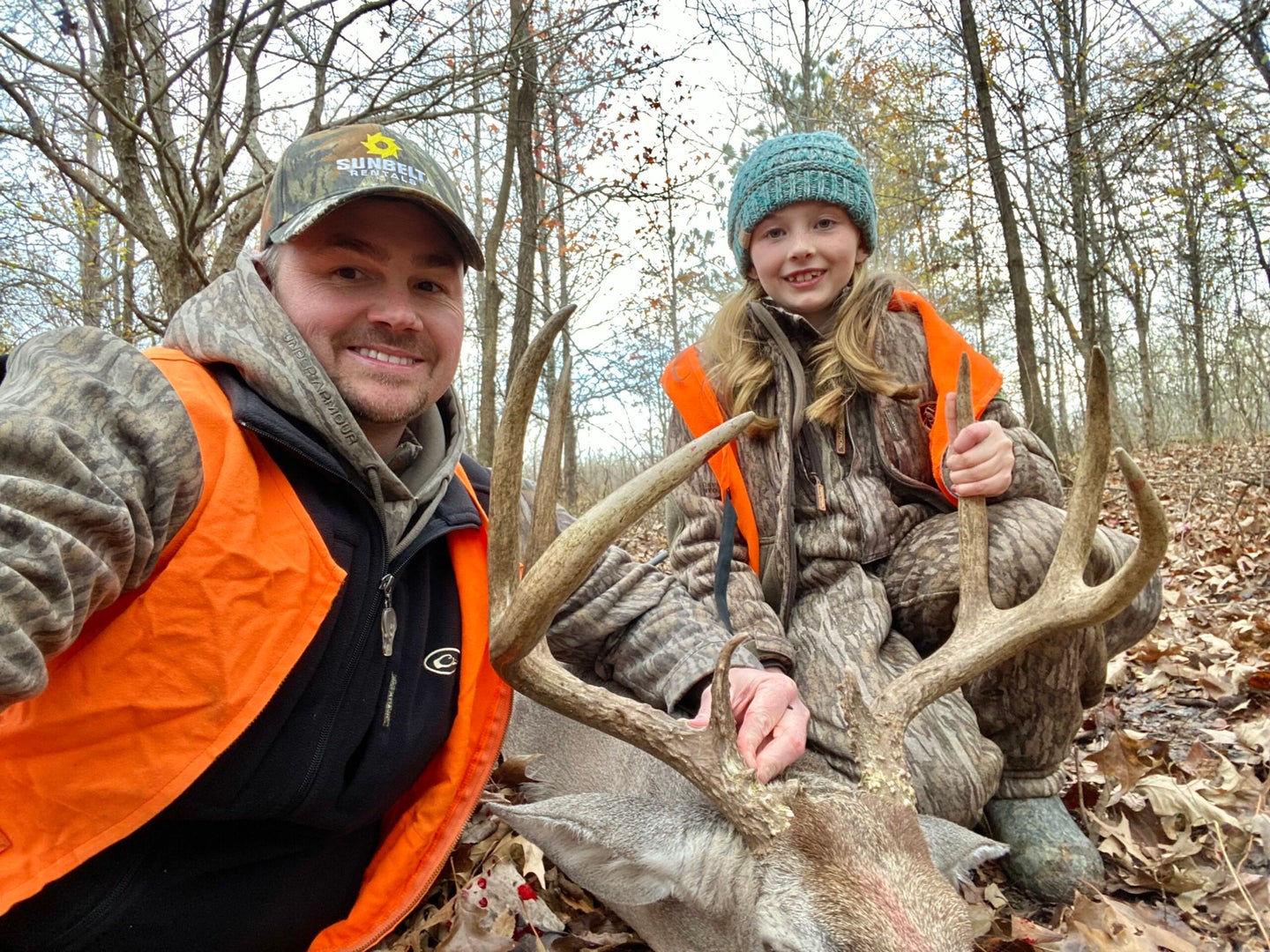 Maci Bush and her dad, Steven, with a great 8!.
SHARE

Steven Bush, 39, is a well-traveled hunter, having been a long-time cameraman for Mossy Oak. But a deer hunt with his daughter Maci on their 1,000-acre Mississippi hunting lease has meant more to him than all the game he’s taken previously with some of the biggest names in the outdoor industry.

“I had trail camera photos of a good mature buck on my lease, and I hunted that deer for two months in bow season,” says Bush, who now works for Sunbelt Rentals in Tupelo. “I got close to taking him a couple times and drew my bow on him at 15 yards in late October. But he spooked as I was trying to stop him for a shot, so I didn’t connect.”

Mississippi’s bow season ended, and Bush turned to rifle hunting as the deep south rut kicked in. He was taking his kids Maci, age 8, and Easton, age 5, when he could coordinate business, time off, and weekend schedules.

The afternoon of Saturday, Nov. 27 was the third time Bush got to take Maci deer hunting. By noon they got into a portable pop-up blind near a food plot about a mile from where Bush had his encounter with his target buck earlier in the fall.

“We got in the blind pretty early, and I told Maci we’d have to sit there for a few hours before we had a chance to take a buck,” says Bush. “But she’s a hunter, with lots of patience, and she stayed attentive looking for deer until about 3 p.m. when a small doe stepped into the food plot.”

But Maci wanted a buck, having shot a doe last year. That was her first deer, taken with her youth-size, cut-down Remington bolt-action rifle in .243. So she passed the doe in the food plot, waiting for more deer to show.

“With binoculars I spotted a bigger doe back in the woods beyond the food plot, and a 2-year-old 10-pointer was trailing her,” says Bush. “The smaller buck looked back, and there was the bigger buck I had bowhunted tailing them.”

“He was coming right to us, and I told Maci to get ready, a big buck is coming,” Bush recalls. “She got excited, and settled into shooting position in our blind. The buck got to the food plot edge and started rubbing an overhanging tree limb, turning broadside perfectly for her to shoot.

“This is a miracle,” Bush thought to himself, as Maci settled her rifle’s crosshairs behind the buck’s shoulder and fired.

The buck turned and ran straight away, and they watched the deer fall dead about 50 yards from them. The ballistic-tip .243 bullet did a superb job on the buck, says Bush.

Bush and Maci hugged in the blind, and rejoiced again when recovering the buck. They immediately called her mom Meghan to celebrate. Friends and family everywhere soon heard about her success through text messages and Facebook posts.

The estimated 200-pound, 5.5-year-old buck is a main-frame 8 point with a kicker point. The buck has been green-scored at 144 inches—a giant in that part of Mississippi, and a heck of a first buck anywhere in whitetail country.

By the time Maci went to school on Monday, it seemed like everyone knew about the big buck she had taken.

“Everybody was congratulating her,” Bush says proudly. “Her friends, teachers, parents, everyone knew about the buck and was delighted in her success. She was something of a celebrity and smiling wide about it.”