Reader Story: My First Buck Was This 13-Point Minnesota Giant

OL reader Greta Weix killed her first buck last season after two seasons of waiting. She sent us her story, and hell, we're as excited about it as she is 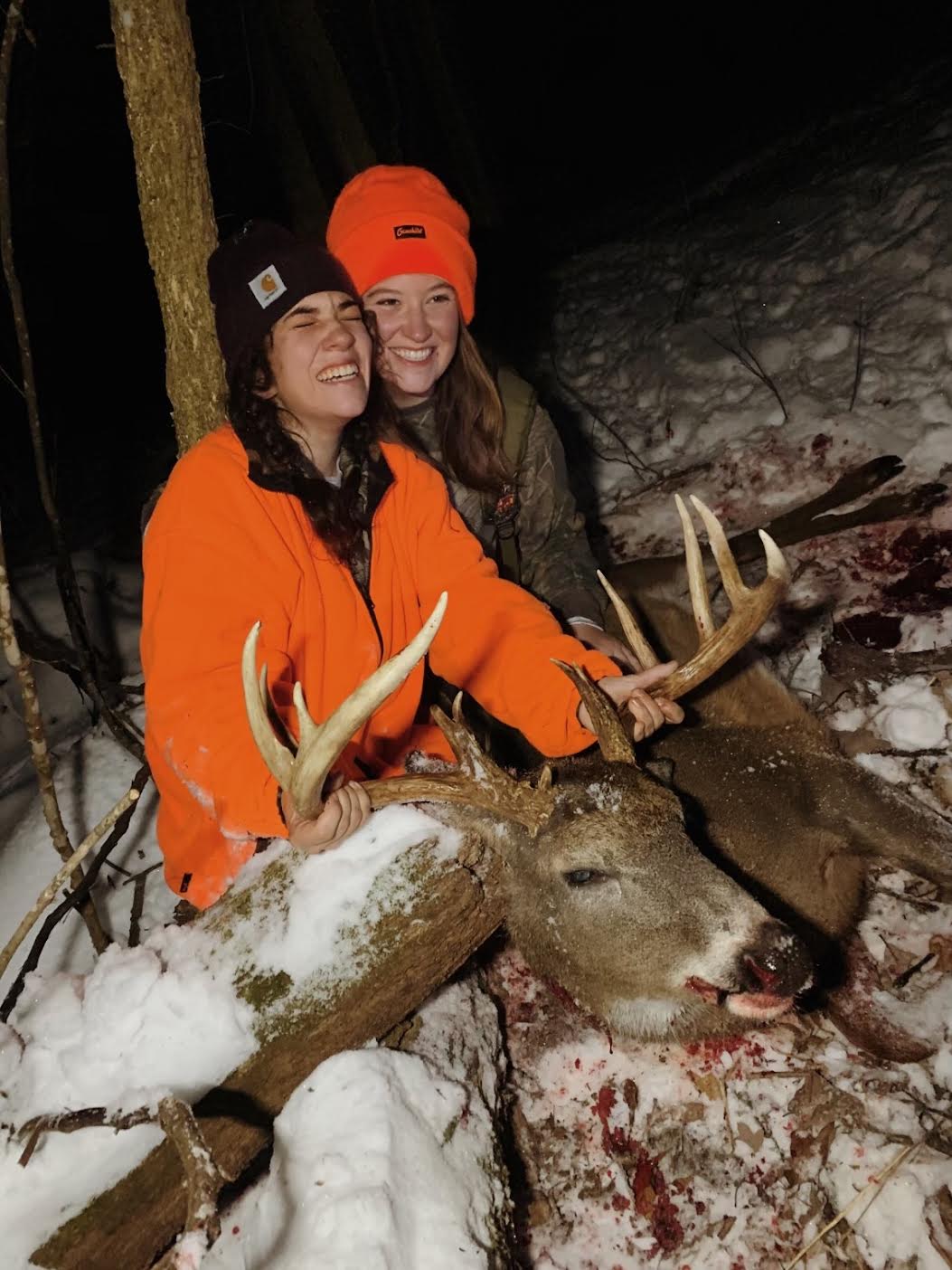 Tears of joy for a great buck that was well-earned. Greta with some help from her cousin CeCe Johnson are overcome with joy.
SHARE

Editor’s Note: Outdoor Life reader Greta Weix, 21, had an incredible season last year hunting with her family in Minnesota. She put in the time and was fortunate to kill a stud 13-point buck. She contacted us to tell her inspirational tale. Since it’s archery season in many states and gun season is just around the corner, we’re publishing Greta’s story to get everyone just a little more fired up about deer season. Here’s Greta’s story in her own words.

I am a Minnesota deer hunter, who has always loved being in the woods, and hunting with my dad. I’ve spent the last two years attempting to shoot my first deer.

Last fall, I logged 75 hours in a treestand. I sat all of bow season, but never saw a single buck. Then came gun season, still no bucks. But, I still had a chance. The state of Minnesota held a special CWD hunt in January.

I packed up my hunting gear, and headed to the woods for another try. I accidentally spooked a beautiful eight-point on my way in, and was heart broken. I thought that my only chance was over. This time I was on new land. My cousin had brought me to her lucky stand. She said it was where everyone in the family shot their first deer. I was praying a spike buck, or little fork would come into view. The day was coming to an end, and my feet were so cold I couldn’t feel them. We had about 20 minutes of shooting light left. I had a gut feeling I needed to get down, and look in the field.

As I looked over the hill, I saw an animal in the mist. My dad was with me and he stopped in his tracks, motioning me to get my gun ready. I stood there in shock looking at a monster 13-point buck 75 yards away. His antlers were as wide as my shotgun was long. My dad motioned again for me to get my gun ready. Finally, after an intense stare, I raised my 20-gauge and aimed. I didn’t even feel the gun go off.

The buck jumped and darted for the woods in a stumble. We waited for him to expire, and went to search two hours later. It was the longest two hours of my life. My dad, uncle, cousin, and I began the long search for the buck. Finally, after finding a the blood trail, I located him. He was by a fallen tree; the biggest buck I’d ever seen. I instantly cried with happiness, and thanked God for such a beautiful animal.