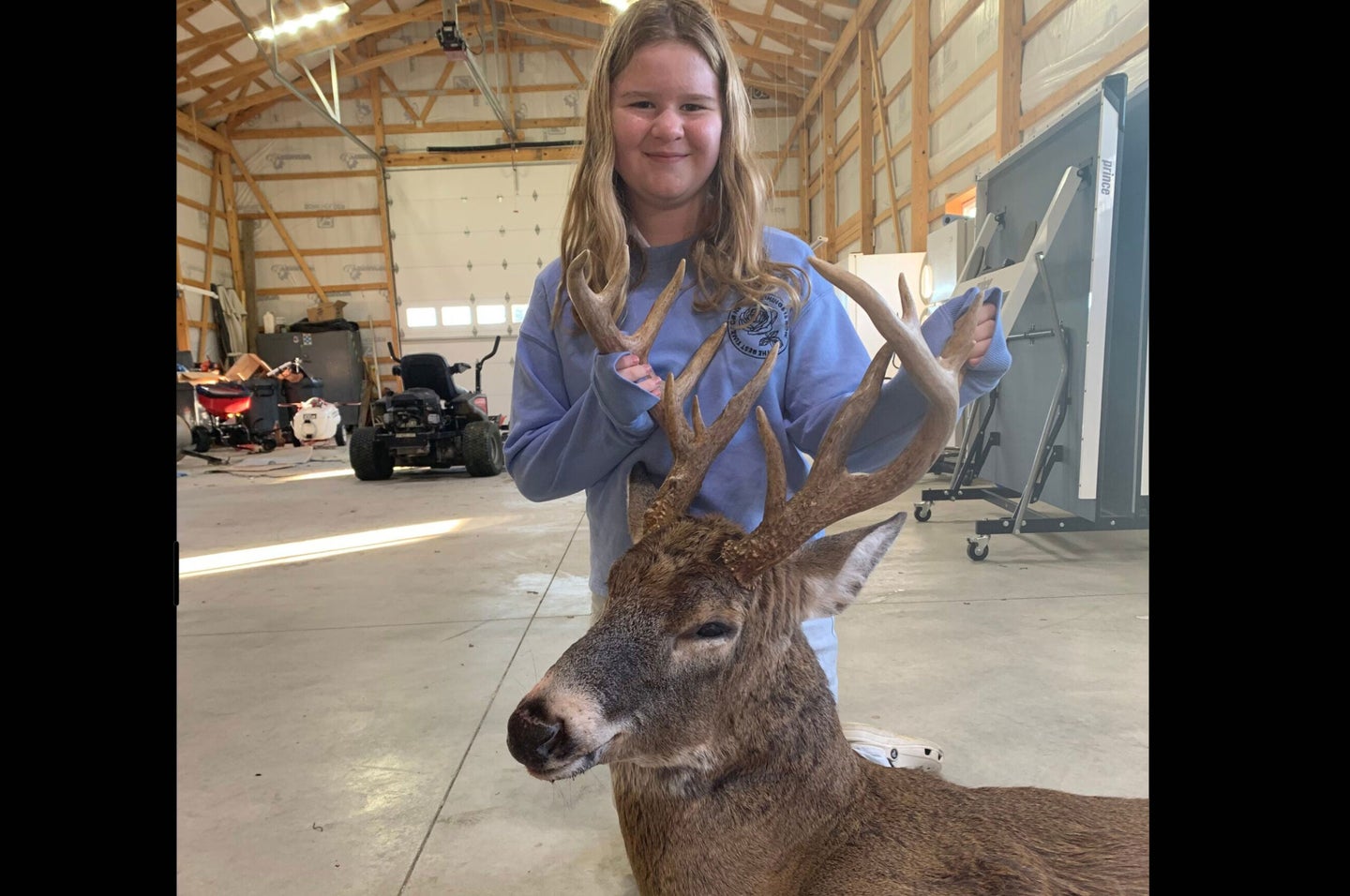 Three years ago Cali Butler tagged along with her dad Gary Butler for a deer hunt on private land in Marshall County, Indiana. Gary has hunted the spot for years but had just started bringing out his daughter.

“She’s a good luck charm, because we hadn’t sat in that blind for an hour when a nice 10-point buck stepped out and I shot it with my crossbow,” says Gary. “The deer didn’t go far, and Cali helped me track and find it. After that she was hooked on deer hunting. She looked at me later and said, ‘Dad, I’m going to shoot a bigger buck than your 10-pointer—I’m going to shoot a 13-pointer’.”

For the 2020 deer season, Cali hunted with an Indiana apprentice deer license, designed for youth hunters. And on only her fourth time out she used a crossbow to shoot a doe at 10 yards.

This year Cali was focused on tagging a buck better than her dad’s 10-point from three years ago. On Nov. 21 they were in a Marshall County ground blind hunting deer for the first time this season. Just before dark they spotted a couple does 60 yards away, too far for Cali’s crossbow range of about 35 yards.

“At 5:15, in waning daylight, a big buck showed behind the does, but on a different trail and closer to us,” Gary says. “Cali saw the buck and said, ‘Let me shoot, I’m taking this one’.”

Gary put his rangefinder on the buck and it registered 42-yards.

“That’s farther than I like her to shoot, but she had a good rest and is a good crossbow shot with a scope,” says Gary. “I told her to use the third vertical crosshair on the scope and when the buck steps out from behind a tree to shoot him.”

She did just that. They saw the arrow hit the deer, and the buck spun and ran off. They located the arrow and found the shaft covered in blood, but they searched for a long time without finding much of a blood trail.

It was Sunday night, and Cali had school the next day. So while the straight-A student went off to fifth grade, Gary and his hunting pal Jeff Corsbie took up the blood trail at 8 a.m. the next morning. They found the buck within 30 minutes. The 14-point whitetail had not traveled far from where they’d quit searching the previous night.

The buck will be mounted for Cali, and she’s rightfully proud of her deer.