Pennsylvania bear hunters enjoyed another great season, especially for one young mom who killed her first bruin ever 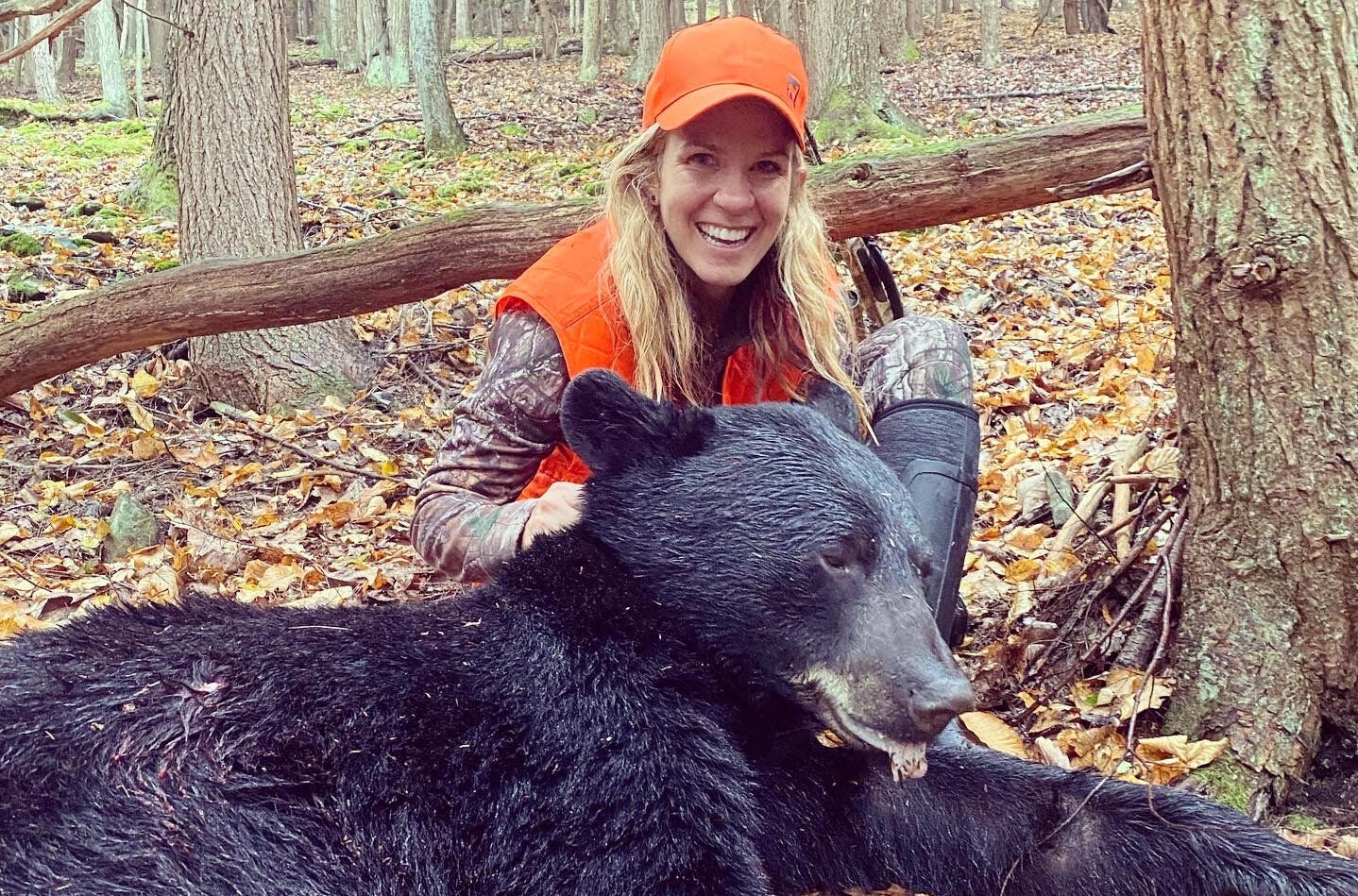 It’s been a banner year for black bear hunters in Pennsylvania, and public-land hunters have been well represented in that group. In October Tressa McCune, her husband, and their 6-year old son, Murray, had just climbed a steep mountain ridge nicknamed Heart Attack Hill. The McCunes were on public hunting land in Pennsylvania’s Elk State Forest, northeast of Pittsburg. It was a rainy and windy day on top of the timbered mountain peak.

“We’d just topped the mountain crest and were near some heavy pine trees when we spotted the bear walking toward us,” says McCune, a 36-year-old account manager and photographer. “Murray and I spotted the bear at the same moment, and I just had time to make a quick shot with my .50 caliber muzzleloader.”

The bear was at 50 yards when McCune squeezed the trigger of her Traditions in-line rifle.

“I hit the bear just a little bit back from the shoulder and there was no blood trail to follow,” she says, “so we quickly tracked the bruin through the pines, and I put another shot into him.”

That put the bear down for good, and the three McCunes, plus McCune’s father, Bruce, dragged the 307-pound animal off the mountain. They skinned and dressed the bear back at the hunting camp they’ve had in the family for 80 years.

“We’ve been hunting out of the camp for bears for about 10 years, and some other family members have taken bears, but this is my first one,” says McCune, who’s been a diehard hunter and angler for most of her life. “My father is a taxidermist, and I’m just going to have a tanned skin made from my bear, which has a beautiful black and shiny pelt. It’ll look great draped over a chair or couch.”

“The record in 2019 was a large variation, and we’re looking for a harvest that’s on par with previous years rather than extreme highs or lows,” she told Lancaster Farming.

The 2021 Pennsylvania bear harvest was strong, according to Carrollo, and it was well distributed through the state’s various bear hunting seasons. The largest bear taken in Pennsylvania this year was a massive 722-pound bruin tagged in Franklin County, with another heavyweight 681-pounder from Newport Township.

An Awesome Year for Tressa McCune

It has been a memorable 2021 season for McCune. This year she caught and released an estimated 10-pound lake-run steelhead caught on fly tackle from a river feeding Lake Erie. She also tagged a 9-point, 147-inch whitetail buck taken on private ground in Pennsylvania.

“I wanted that deer with my bow, and watched him for 30 minutes, but he just wouldn’t get close enough for a shot,” she says. “I ended up taking him, though, with my .30-06 rifle.”

McCune regularly details her family’s outdoor adventures on her Instagram account, but this year was a particularly good one.

“It’s really been a great family year for being outdoors.”