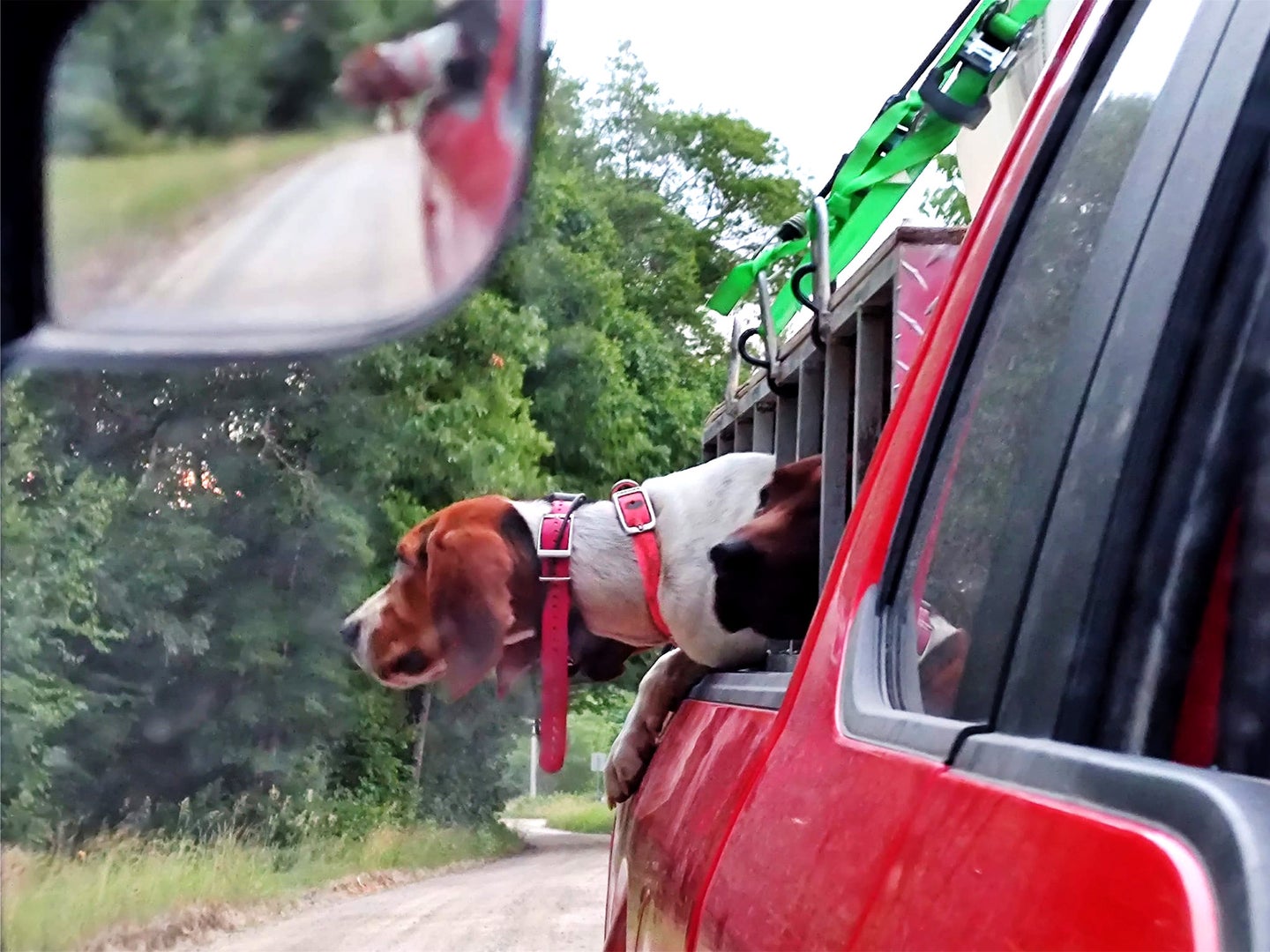 Two hounds sniff for bear scent from the back of a pickup truck. Jason Spears / Facebook
SHARE

The court case involving a 61-year-old woman who allegedly attacked three Vermont hunters with bear spray in July moved forward yesterday. According to court records, Liza Nanni was arraigned yesterday morning in Caledonia County. She was charged with three counts of assault.

Ellsworth “Butch” Spear, one of the hunters involved in the incident, attended Nanni’s arraignment on Sept. 26. He says he was hoping the judge would also charge the woman with multiple counts of hunter harassment, but that these charges could potentially be added on by the state’s attorney at any point during the court proceedings.

“Whenever they have anything going on with this case, I will be there,” Spear tells Outdoor Life. “It was because of me that this was done—because I hunt. I will be there to defend the fact that it’s legal for us to hunt bears with hounds, and I will do it until the day I die.”

The alleged assault took place in Groton County on July 10, which is in the middle of the state’s hound training season. (Vermont’s early black bear season begins on Sept. 1, but the state allows hunters to train their dogs and tree bears—without killing them—from June 1 to Sept. 15.)

According to a press release from the Vermont Fish and Wildlife Department, Spear told authorities he was driving on Red Brook Road in Groton that Sunday when Nanni stepped out and blocked the road. Another adult hunter and a minor were in Spear’s truck at the time, and his dogs were secured in the truck’s bed. Spear reported that after Nanni blocked the road, she hurled insults at the men before unloading a can of bear spray through one of the truck’s open windows.

“I support all Vermonters with their shared passion for wildlife,” VFWD commissioner Christopher Herrick said in the July 25 press release. “No matter how different our practices or approaches may be, we all must remain civil and respectful as we enjoy the outdoors. I strongly condemn the criminal behavior that occurred in Groton.”

The department explained that game wardens spoke with the three victims on July 10 and interviewed Nanni two days later. They also reviewed video footage, as both parties allegedly recorded videos of the altercation.

That footage has been kept out of the public eye, however, and Spear says he promised law enforcement that he wouldn’t share the video until after the court case is over. Spear says he’s been communicating with Tina Colby, the state attorney’s victim’s advocate in Caledonia County, who told him it could be some time until Nanni has her day in court. Until then, Spear says he’ll continue to push for hunter harassment charges for Nanni, which he contends are reasonable considering the context of the alleged assault.

“The judge did not see enough information to charge her,” he says. “But why did she attack us? Because we’re hunters. She stopped and sprayed us because she wanted to stop us from hunting, which she did. That’s hunter harassment.”

Neither Colby nor state attorney Jessica Zaleski responded to requests for comment by the time of publication, and it’s impossible to know the judge’s reasoning for the charges that were handed down on Monday. Since the state’s bear hunting season was not open at the time of the assault and because Spear’s hounds weren’t running bears at the time, it’s possible that the judge made a distinction between “hunting” and “training” and based his decision accordingly.

“I want to see what the state does first,” Spear says. “If they set the precedent that they do enforce hunter harassment and they take people to court who are doing this type of thing, maybe it will slow down. If not, I may start a civil suit myself.”

Spear has been hunting black bears with hounds in his home state of Vermont for more than half a century, during which he’s trained countless litters of pups and welcomed folks young and old into the woods. But in the last year, the bearded 69-year-old man has gone from local personality to national sensation as he’s become a firebrand for the state’s bear hunting community.

Spear’s ascendancy into the national spotlight started in September 2021, when he unwittingly became the star of a viral TikTok video recorded by Morgan Gold, who owns Gold-Shaw Farm in Peacham. That video of the two men retrieving Spear’s hounds and pulling them away from a treed bear on Gold’s property fueled an already contentious debate around the practice of hunting with hounds. It also led to new legislation around hound hunting in Vermont in the form of Act No. 165—which established a moratorium on the practice of hunting coyotes with dogs but did not take away Vermonters’ right to hunt black bears with dogs.

Spear used to be the president of the Vermont Bear Hound Association, but he relinquished that title in April because he didn’t want the backlash directed at him to bring additional heat to the club. Still, the ongoing battle pitting the state’s bear hunters against Protect Our Wildlife and other wildlife advocacy groups has not kept him out of the woods this season.

“I’m still hunting four to six days a week. I still hunt because I can and I love it,” Spear says, adding that he rarely shoots himself and prefers to help others harvest their first bear. “I have many young adults who go hunt with me, and I had a 9-year-old shoot a bear with me this season. It wasn’t a great, big bear. But to her, it was an awesome bear.”

Not surprisingly given his growing public profile, Spear says he’s been subject to threats and other forms of harassment on a few separate occasions this hunting season.

“I’ve had three people come and holler at me this year, threatening to shoot my dogs, and I had a person scream at me a few days ago,” Spear says. “But you can only push a man into the mud so many times before he starts fighting back. And all of my fighting is legal.”