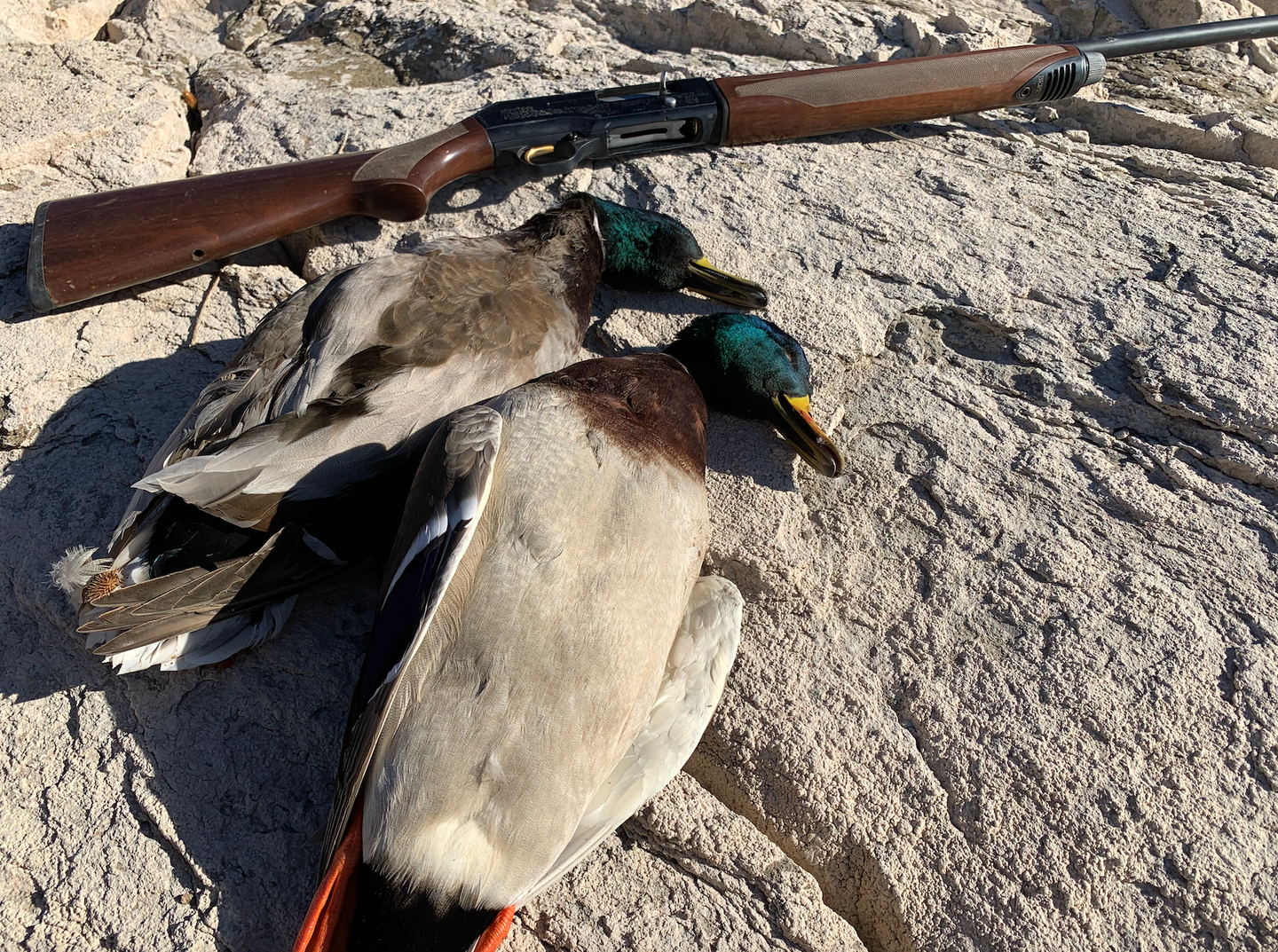 Last week, I was running a river with a buddy looking for ducks. We found multiple big groups of mallards rafted within a few hundred yards of each other. It had taken days to find them, and our scouting finally paid off. As we fist-bumped over our good fortune, we saw some Gomer standing on the bank, leaning against the muzzle of his loaded shotgun. He was jump-shooting. As ducks returned, after our disturbance with the boat flushed them off a mid-day loaf, he started shooting. Thousands of birds flared, spooked by the report of his shotgun echoing through the river bottom. What could have been a memorable shoot the next morning was now a total bust. Our group could have hunted those birds for days if we killed our limits quickly and left them to rest in the afternoon. Now, because of one jump shooter, we had to find the ducks again.

When the season begins, I have no problem with hunters jump-shooting ducks on public water. Most of the birds are either local or recent arrivals that will eventually migrate further down the flyway. There’s also plenty of time left in the season for new birds to show up. As long as you’re not jump-shooting the refuge or large rafts of ducks, it’s not an issue. But jump-shooting ducks late in the season is bad form. With the year winding down, ducks are becoming more wary and harder to kill. Jump-shooting only intensifies their search for secluded locations. Here’s why you shouldn’t jump-shoot ducks in the final weeks of the season.

With only weeks left in the season, ducks in every flyway have been shot at for months. Many of them are still running a gauntlet of hunters and decoy spreads every morning. To stay safe, they roost, loaf, and fly in large groups, traveling from each of those locations in a few waves. In big flocks, ducks have more eyes to alert one another to danger below. In other words, they know the game, and with so many birds all together, it becomes very difficult to kill ducks without cold weather, wind, or a good mix of both.

If a hunter jump-shoots a raft of ducks this time of year, it only disperses those ducks into more secluded areas. Do it enough, and it will push those ducks out of the area completely. Or the ducks may start sticking to the refuge (where no one can hunt them) and only leave to feed after shooting hours. Or ducks may move to private land, where hunters are better managing hunting pressure. Regardless of the scenario, it makes hunting success harder on public for hunters who are trying to decoy birds—a tactic that puts less pressure on ducks. The goal this time of year is to leave ducks alone as much as possible. Even driving boats and trucks through or near areas where they congregate can push ducks out; jump-shooting practically ensures they will never come back to a spot.

Some hunters have the mindset that because public land is owned by everyone, they can use it as if they’re private landowners. If I want to jump some ducks, these hunters think, I’m entitled to it. But if you feel this way, you’re not much of a team player—or a duck hunter. Because the folks who are hunting ducks in the traditional way are scouting hard, spending money on gas for their truck and boat, taking vacation days from work, and spending time away from their families in hopes of ending the season on a positive note.

Read Next: Are Duck Hunters Really Losing 1 in 5 Birds? Here’s How We Can Do Better

I have a squirrel dog and hunt public land with him quite a bit. But since squirrel season overlaps deer season, I have the good sense not to hit the public woods with my pup during the rut. Or, if I do, I go to places I know deer hunters won’t be. Why? Because I don’t want to screw up a deer hunter’s chances at a big buck to shoot a few foxtails.

Jump shooters should have the same mindset late in the duck season. Killing a single mallard while flushing hundreds or thousands more isn’t worth the pressure you’re putting on the ducks. Besides, one or two ducks for a jump-shooter could rob whole groups of hunters from finishing their year with full straps and enough memories of ducks in the sunshine to last until next fall. You wouldn’t want someone to take that away from you, so don’t do it to them.