Q&A with a Patagonia Flyfishing Pilgrim

Flyfishing fanatic Cameron Chambers spent six months pursuing trout in Patagonia. his journals from that first trip a decade ago... 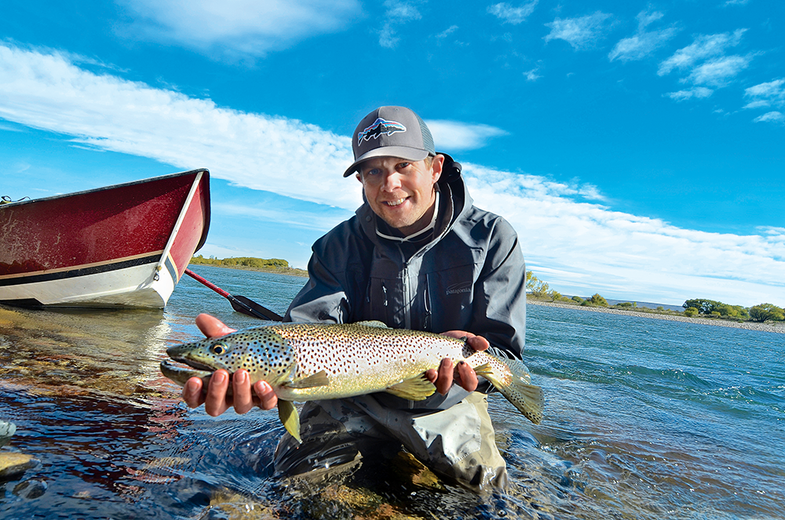 Flyfishing fanatic Cameron Chambers spent six months pursuing trout in Patagonia. his journals from that first trip a decade ago were recently published, and he keeps going back for more.

OL: How did a kid from Montana end up in southern South America?
Cameron Chambers: I was a seasonal smoke jumper for the U.S. Forest Service, and always got laid off in October. So I started tackling my bucket list. I wanted to guide anglers, but that’s not feasible at this time of year in North America. So I persuaded a guy in Chile to hire me. It was kind of a terrible experience, but it got me to Patagonia. I knew I had to go back on my own terms. I took a year to plan, secured a car and a boat, and went wherever I wanted, whenever I wanted, for six months.

OL: Your book is called Chasing Rumor. What’s the big rumor?
CC: The Argentine government started a hatchery program in the early 1900s, which it later abandoned due to financial difficulties. The fish that were planted around the country’s river systems were left to their own devices, and the trout started thriving. When anglers began targeting them some 50 years later, rumors of 20-pound trout started to surface. 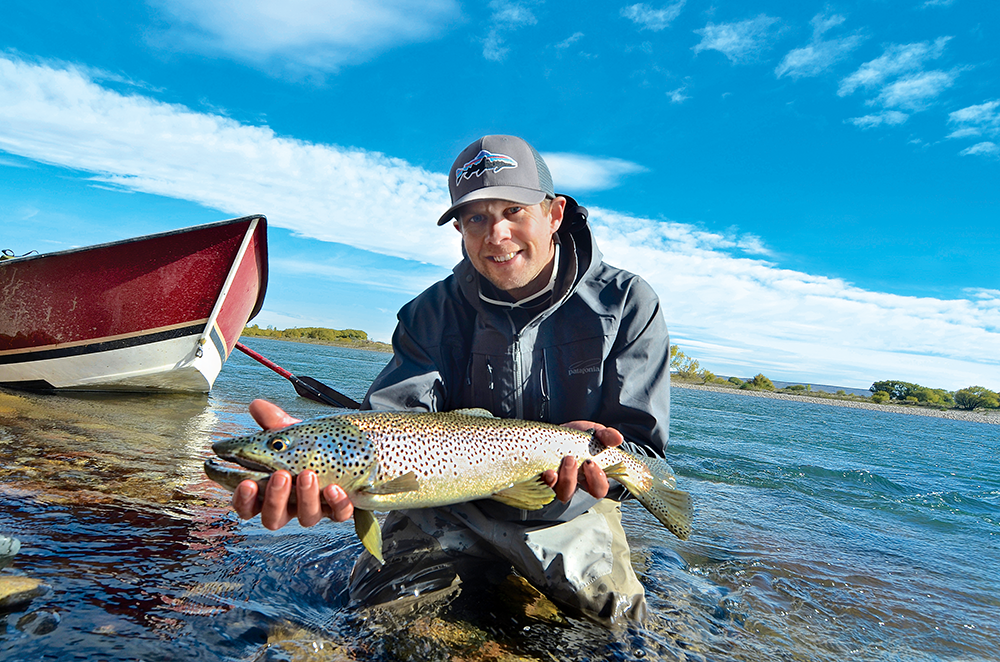 OL: How did the trip meet expectations?
CC: I had heard Patagonia was a bygone Montana of 50 years and, to a great extent, that’s true. The language is different, certainly, but the lifestyle of small-scale farming, dancing, unpopulated country…it was an untouched fishing landscape. The fishing itself often didn’t meet my expectations. The reality is that fishing down there is like fishing everywhere. It’s subject to wind, flood conditions, and low, warm water in the summer. There was a big learning curve, and I eventually had to treat the trip like I was fishing anywhere else. Once I did that, and figured out where to fish and when to fish there, it was much more rewarding. 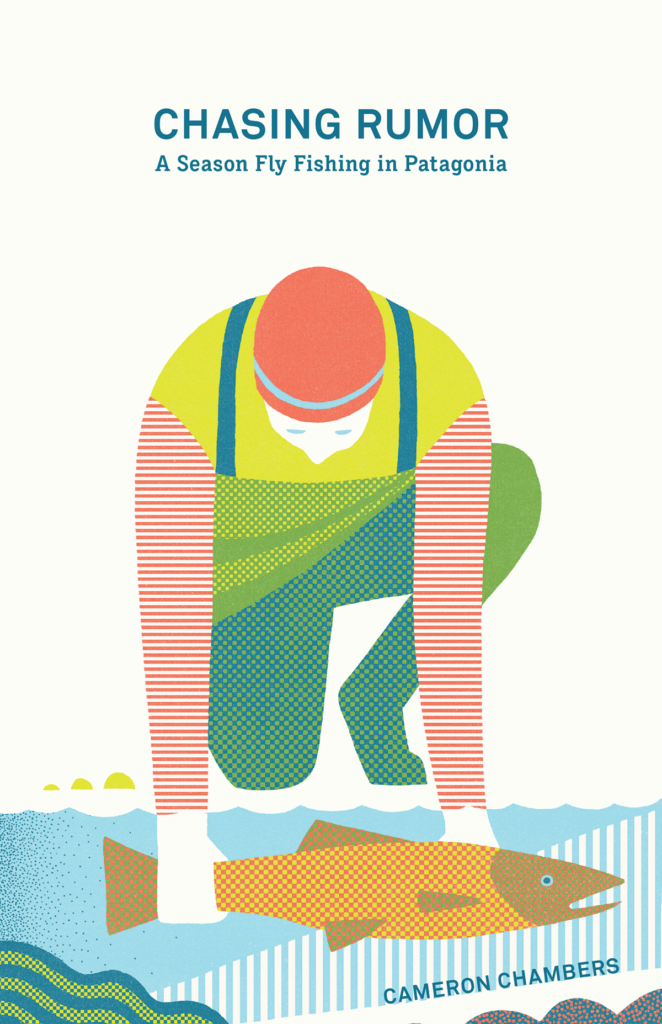 OL: Tell us more about that learning curve.
CC: One thing that drove me crazy was just how hard it was to get good information about the river systems. There’s no how-to book for every river, like in the US. There’s not a fly shop website where you can click on the hot fly tabs. But it if you do your time, you figure it out. And that becomes so much more rewarding than having the secrets spoon-fed to you. I wouldn’t appreciate a fish in Montana near as much as I did after two weeks of not catching anything in Patagonia, and then finally putting all the pieces together to land a fish. So in the end, it’s something I appreciated, but yes, it was initially frustrating.

OL: Speaking of flies, what worked best?
CC: As a flyfishing geek, I had way more flies and gear than I needed. If you only fish a black or olive Woolly Bugger, you’ll do just fine. I didn’t really find a pattern of their local crayfish, called pancora. The trout love it, so I’ve been continually inventing a new and better pancora pattern and testing it whenever I return, which is about once a year.

OL: Describe a day in Patagonia.
CC: It’s a total shotgun pattern of a daily routine. Certainly lots of driving. It’s huge country. I tried to fish all the semi-major river systems, did a lot of camping, and stayed in a lot of youth hostels. I can’t recall ever staying in any luxury resorts. Sometimes it’s challenging to find fresh fruits, vegetables, and meats, or to figure out if there’s a gas station before your next empty tank. All that stuff that seems second nature to traveling in the U.S. is on a whole other level. 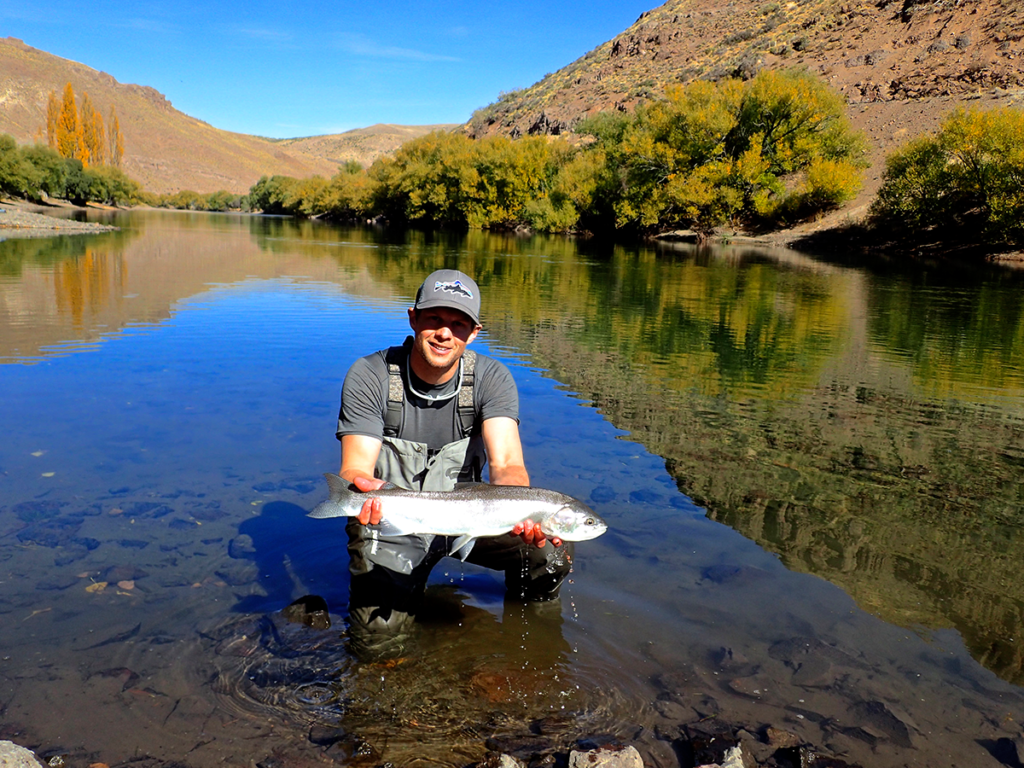 OL: You were flying solo, but also met plenty of people. Who was the most colorful character you encountered?
CC: Richard Ameijeiras. He was mentioned in just a small blurb in a travel book as one of the most famous fishing guides around. I tried to track him down, but my Spanish was terrible and I think I even made it to his house but nobody was home. So I gave up. The next day I was driving south of his town. I was nearly an hour and a half away when a car drove up behind me and kept flashing its lights. Eventually I pulled over and this guy gets out. He’s yelling in Spanish—telling me the cooler strapped on top of my Pathfinder was open, and the wind was blowing everything out. We introduced ourselves, and it turns out he was Richard Ameijeiras. We ended up going fishing, and he became a mentor for me.

OL: Did you ever catch that 20-pounder?
CC: No, I never caught a 20-pound trout. The largest was probably 12 pounds, a brown trout. Which is still an enormous fish, thank you.