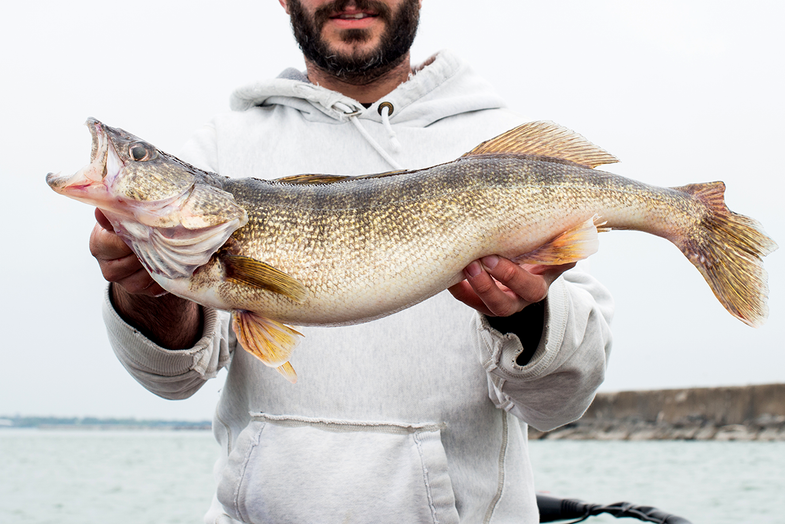 A fundamental assumption in fisheries management is that catch rate, whether measured by biologists during population assessment or by anglers, is related to fish abundance—when abundance increases, the catch rate goes up. While this has been found to be the case for walleye fisheries in Minnesota, Ohio, and Wis­consin, there are exceptions, and New York’s Oneida Lake is one of them. What Cornell University researchers have learned may help you keep your walleye catch rates high wherever you fish. But be forewarned—you may have to move around.

Analyzing data that spanned the time period from 1957 to 2007, the Cornell team found angler catch rate varied more than 15-fold among those years, and was only loosely related to adult walleye abundance. Catchability—the probability of catching a walleye with one hour of fishing effort―actually declined as walleye abundance increased. However, the angler catch rate was strongly and negatively related to walleye growth rate, suggesting that well-fed walleyes were difficult to catch.

The explanation for these seemingly unusual results is really quite simple. Walleye growth rate in Oneida Lake is strongly related to forage abundance, and the abundance of the primary forage species for walleyes in Oneida Lake—particularly young yellow perch―is highly variable.

The proverbial bottom line: Lots of forage makes for fast-growing, fat walleyes, but catchability and angler catch rate of well-fed walleyes are low.

There is a message here for anglers. If the walleye catch rate in your favorite lake craters but the few fish you catch look well fed, find another lake. How long before the catch rate improves? “That depends on the forage species,” replies Anthony VanDeValk, lead investigator of the Cornell study described above. “If the walleye prey is predominantly age-0 fish [under a year old], you may have a bonanza on fat, healthy walleyes next year if the forage doesn’t have another strong year class. But if the primary prey are fish like alewife that remain vulnerable to walleye predation beyond their first year, anglers likely will face poor catch rates for several years.”

The Oneida Lake findings may provide at least a partial answer to a question that has puzzled me for many years: Why is the walleye catch rate consistently high in many remote Canadian walleye fisheries? An obvious answer is low fishing pressure and harvest. But if that’s the case, why don’t these fisheries yield monster walleyes? Small walleyes may be a consequence of the short growing season. But the Cornell study suggests that high catch rates may result from high-density, hungry walleyes that keep the forage-fish populations suppressed: slow-growing fish, but easy to catch.