Fishing Videos: How to Catch Smallmouth Bass on Beds

Tips for locating smallies and tactics for landing them 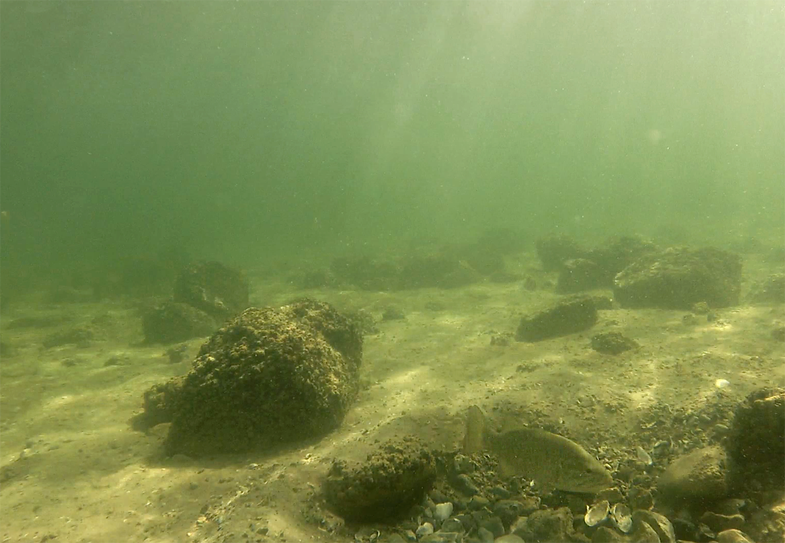 Spring always seems to be a long time coming when you live where snow is measured in feet rather than inches, and where winter lasts about half the year.

It’s hard to believe but less than two months ago, some of these top smallmouth lakes were still covered in ice.

But this is smallmouth country and that, if nothing else, is something that should give you a nice warm feeling in your casting arm.

The upper Midwest has some of the premier smallmouth fishing on the planet. Whether it’s glacial lakes in Minnesota, Wisconsin, and Michigan, or the vast miles of water in the Great Lakes, if you’re looking for giant bronze-backed bass, this is the place to be.

And now is the time to be there. 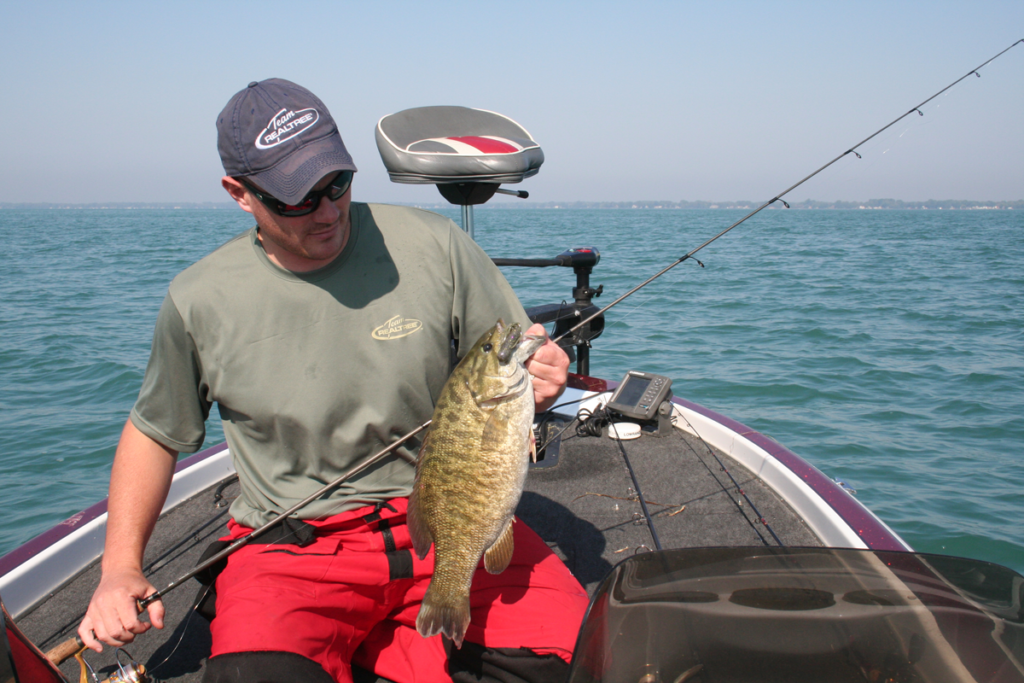 The Timing
While it may seem a bit odd to talk about catching bass on beds in June, fishing here is different. Inland lakes hit that magical 60-degree mark a couple of weeks back and the local smallmouths did what they do.

The biggest inland waters—those deep, cold giants of the north—are just now starting to get right. In fact, much of the upper Great Lakes region won’t see spawning temperatures for a couple of weeks and bedded bass can be found well into July some years. At the time of writing, shoreline temps in Lake Michigan were still in the mid-50s, and a bit warmer in major bays. If warm daytime temperatures continue, things could get very interesting there over the next couple of weeks.

Fishing for giant smallmouth on beds is one of the more incredible pursuits in fishing. For starters, we’re talking about trophy-class smallmouth. Four-pound fish are common. It takes a fish over six pounds to really turn heads.

These lakes are so big fishing pressure is generally mild, which means you’re likely targeting bass that haven’t been stuck repeatedly. And, well, they’re smallmouth. They’re going to bite and they’re going to be mean. That’s just what they do.

The Gear
You don’t need much in the way of tackle for this pursuit. I prefer spinning gear because it’s easier for me to make pinpoint casts using an underhand flip, but casting tackle works as well if that’s your preference.

I’ll opt for a longer rod of about seven feet and spool up with fluorocarbon line. Keep your line light, especially in super-clear water. Eight pound is standard but 6-pound-test isn’t too light.

For lures, keep it simple. You really only need two options: tubes and a drop-shot. Stock several colors of each variety. For the drop-shot, minnow-shaped baits and finesse worms are ideal.

In lakes with clear water, smallmouth will bed deeper than you might expect (especially the really big ones). I’ve caught fish bedded in water that’s 15 feet deep. Generally, you need a little help to see these fish and that’s where the “flogger” comes in. It’s an ingenious device that looks like a traffic cone. It has glass attached on the wide end and you look down into the water through the small end. Sure, you look a bit silly floating around with your face stuck in a big, orange cone—but the things you see down below make it worthwhile.

If you don’t have a flogger, don’t worry. When the timing is right there will usually be more than enough fish in shallow areas to keep you busy. That said, finding beds requires some general understanding of what you’re looking for.

Finding Fish
Smallmouth need a hard bottom for spawning. So think gravel and rock. The best locations will have a bottom comprised of small gravel with some chunk rock thrown in. Big boulders aren’t what you’re looking for. In some lakes, stumps and submerged logs hold big spawners.

How to Find Smallmouth Bass Beds by OutdoorLife

To find beds (and fish), simply locate the areas of the lake with the right bottom composition and put your polarized glasses to use—you do have those, right?

Once you spot a fish, hang around. The fish will likely spook at the sight of the boat but if it’s locked on a bed, it won’t go far and will return quickly.

Now is the time to pay attention.

The Tactics
The fish will settle into the bed area. Don’t start casting just yet. Give the fish some time to get used to your boat being there. Determine exactly where the bed is and how the fish is sitting. That’s critical because you’ll have your best success by determining the best angle to drag your lure through the bed.

You’ll be surprised at just how close you can get to the bed without the fish leaving once it’s accustomed to you being there.

Cast beyond the bed and drag the lure back into it. Once the bait is in the bed, leave it there.

The fish may move off at first but that’s fine. It’ll be back. Keep your bait right there. Don’t move it off. Give it a hop or a shake when the fish is looking at it, but keep it right in the sweet spot as long as it takes.

How to Make Bedded Smallmouth Bass Bite by OutdoorLife

This is where experience comes into play. Bedding bass aren’t attacking lures out of hunger. They strike as a territorial response. They’re protecting that nest. Your lure is an invader. Thus it must die.

Often, you’ll need to make repeated casts to the bed before agitating the fish into biting. Learning to read the body language of the fish is critical.

If the fish bolts away whenever the bait nears the bed, you’re dealing with a fish that will be difficult.

A fish that circles the lure and makes sharp, quick turns towards the bait . . . well, hold on. You’re about to get bit.

Most strikes are fast and short. The fish will inhale the bait and blow it back out. You have to react quickly to set the hook.

This is a primary reason why I prefer to use a drop-shot when bed fishing. The drop-shot’s exposed hook sticks fish faster and there’s much less weight and resistance than when using a tube. The tube shines in deeper water and for dragging across the bed (which can induce strikes) but the hook-up ratio pales in comparison to that of the drop-shot rig.

Once hooked, fight the fish quickly and get it back in the water as quick as you can.

Before You Go
This is a good time to note that while some anglers frown upon fishing for bedded bass, study after study has shown that it does not increase mortality or impact reproduction so long as the fish are returned to the water in short order and in the same location. Catching a bedded bass and hauling it miles away? Yeah, that can cause some problems. But if you spend any amount of time fishing for smallmouths on beds, you quickly realize that those fish go right back on the bed once released.

The window of opportunity for cashing in on this sight-fishing bonanza isn’t open long. In some parts of the Great Lakes, the fluctuating water temps can drag things out over a few weeks. But, generally, the best bed opportunities last about a week. The good news is that each lake will warm at a slightly different rate. When one lake is in full-blown post-spawn pattern, another will just be getting cranking.

All you have to do is look. But hurry. It’s won’t be long before those lakes are frozen again…

Videos by the author