Shoot a Coyote, Save a Fawn?

New research indicates that predator control is far more complicated than most of us might think. 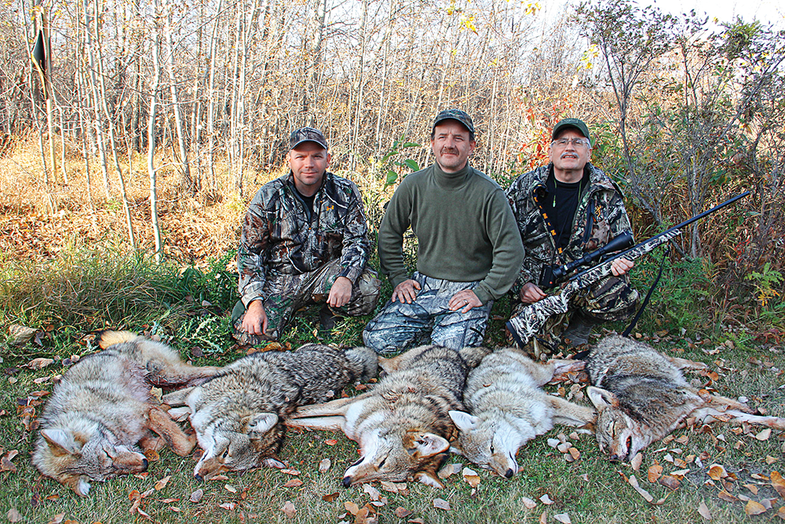 It’s true: A dead coyote will never eat another fawn, and a dead raccoon can’t scavenge another quail’s nest. But that doesn’t mean that plugging the occasional predator from your deer stand will actually do a great deal to help your local game population. It’s much more complicated than that, says University of North Dakota wildlife professor Dr. Susan Felege, who led a three-year study examining the impact of predator removal on quail nesting success in Florida and Georgia.

Her findings were startling. Although professional trappers removed as many as 737 mammalian predators in one year from individual 3,500-acre study sites—raccoons and possums accounted for most of the animals—overall nesting success did not change.

“The predator community is very complex,” says Felege. “If raccoons aren’t eating quail eggs, something else is.” What’s more, the number of mammalian predators caught by trappers actually remained stable from one year to the next. “If there are studies that removed this many animals with no discernible impact on prey, it is pretty clear that randomly removing one or two would be unlikely to have much impact,” says Dr. Mike Conner, a research scientist at the Jones Ecological Research Center.

Coyote removal doesn’t make much of a difference either. A three-year study in South Carolina found that coyote control efforts did boost whitetail fawn survival, but only slightly. Despite intense trapping pressure—coyotes were reduced by 78 percent each year, and at a rate of about four per square mile—their numbers rebounded to pre-trapping levels within just nine months. “About a third of the coyotes in our study areas are transient,” says University of Georgia professor Dr. Karl Miller. “If you shoot a resident coyote, a transient moves in and sets up his own territory pretty quickly.”

That’s not to say that shooting a coyote won’t save a few fawns. Of more importance is to shoot them at the right time of the year—where legal. Miller was involved in various studies that showed higher fawn survival rates in some study areas when management efforts were conducted just prior to the fawning season. However, coyote trapping didn’t help on other sites.

Similar to the results of the South Carolina study, trapping efforts during his research period were intense and sustained. Most hunters likely don’t have the time or resources to duplicate those efforts. So what helps? At one time, biologists believed fawn predation was lower in areas with high-quality fawning and bedding habitat, but new research disputes that—predation rates are similar in a variety of habitats.

After years of research focused on coyotes and deer, biologists seem to be leaning toward a single management tool for boosting deer numbers where coyotes are present: Shoot fewer does.