We’ve been using trail cameras for close to 30 years on our deer property in western New York, and in... 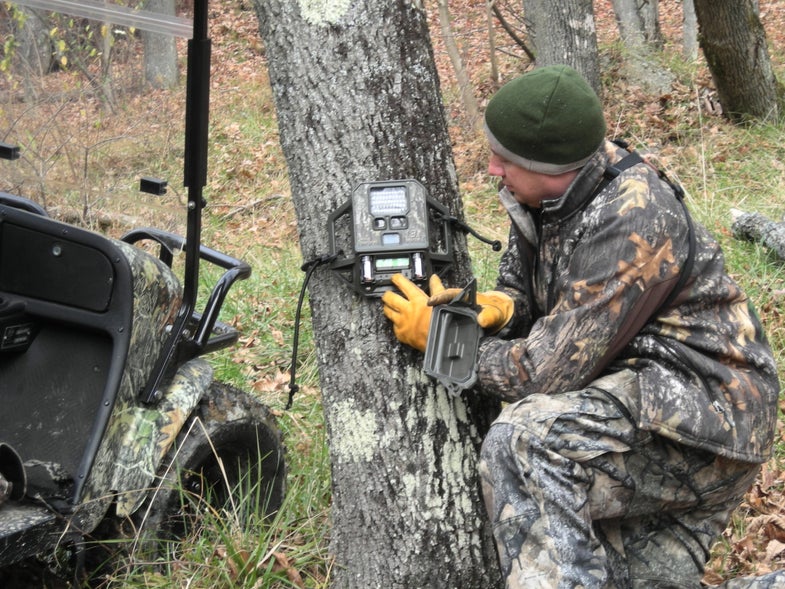 We’ve been using trail cameras for close to 30 years on our deer property in western New York, and in my world of whitetail management I don’t know anyone who doesn’t. They add an incredible amount of information and insight to our hunting and property management program. And most importantly, it’s fun to run cameras.

Our earliest cams were something else altogether. They hummed and whirred and clicked and flashed and scared more deer than they captured on film. But, they sure were fun and we couldn’t wait to arrive at camp, pull film, and head to the processor. We bought film by the truckload and our cabin wall was covered with beauty shots of the bucks using our property. The neighbors looked on with a suspicious eye but eventually got on board. Now everyone in the neighborhood is using them.

The cameras of today are incredibly more advanced, and they can be set up to gather all kinds of useful data. Some of the more advanced, cellular-based cams can send pictures directly to a computer or mobile phone so you don’t have to stink up the woods pulling memory chips. Pin up bucks have been replaced by digital files.

Camera use, of course, has exploded. Hunters everywhere are using camera-gathered data to make better management and hunting decisions and so is the scientific community. Herds are monitored for buck-to-doe ratios, fawn recruitment, age distributions, predator populations, and just about anything a deer hunter or deer manager could be interested in.

But anything that’s fun can’t be all good, at least according to some who believe game cameras give hunters an unfair advantage. The state of Montana, for example, has made scouting camera use illegal during the hunting season. A Montana wildlife law enforcement official confirmed that the driving force behind the law was “for fair chase reasons, not game management reasons.” And, their regulations state the following:

“It is illegal for a person to possess or use in the field any electronic or camera device whose purpose is to scout the location of game animals or relay the information on a game animal’s location or movement during any Commission-adopted hunting season.”

Probably no one spends more time on deciding what is fair chase and what is not than the Boone and Crockett Club and the Pope and Young Club. According to the presidents of both B&C (Tony Schoonen) and P&Y (Jim Willems), neither have any issue with the use of traditional trail cameras that require hunters to visit the camera site to retrieve data cards or film (as far as fair chase goes). But, both oppose the use of cameras that transmit images directly to a location where they may be viewed by a hunter. Animals taken with the use of a direct transmit camera are not eligible for inclusion in their record books. Schoonen relayed this statement:

So there we have it, according to the two arbiters of fair chase, some cameras are OK, while others are not. An ethics issue to be sure. A can of worms, maybe.

The Quality Deer Management Association (QDMA) looks at camera use through yet another lens. While it supports fair chase, the association finds it subjective and often hard to define. It is a science-driven organization and relies on science to inform its positions and policy. The QDMA is considered by most to be the nation’s leading authority on deer and its well-versed when it comes to trail cameras.

Lindsay Thomas, Director of Communications, summed up QDMA’s position on trail camera use this way:

“QDMA is interested in what’s best for the whitetail resource and thus deer hunting, and we see no measurable negative impact on whitetail populations by trail cameras. Actually, we see a huge positive impact. Trail cameras are providing information that is helping a lot of hunters improve and protect deer herds. Trail cameras may even keep more hunters engaged in the outdoors, because it’s just so much fun, especially for young and new hunters, to see what’s out there and learn more about deer.”

Personally, I tend to look at deer cameras through the lens of science and sound deer management. I’m with QDMA on this one. If cameras are not negatively impacting the deer herd, and they’re providing hunters with tons of information and hours of enjoyment, how can that be bad? We’ve been using cameras of all shapes and sizes (including those that transmit images) for almost 30 years and if they give hunters an unfair advantage, you couldn’t prove it by us. Our deer always seem to come out on top no matter how many cameras we aim at them.

How do you see it? And will your state soon be telling you what cameras you can use or more likely, not use?