Big-Buck Blues: The Painful Lessons I Learned From 3 Botched Bowhunts

Nothing hammers home a lesson that needs learning quite like a blunder that muffs your chances at a trophy buck.... 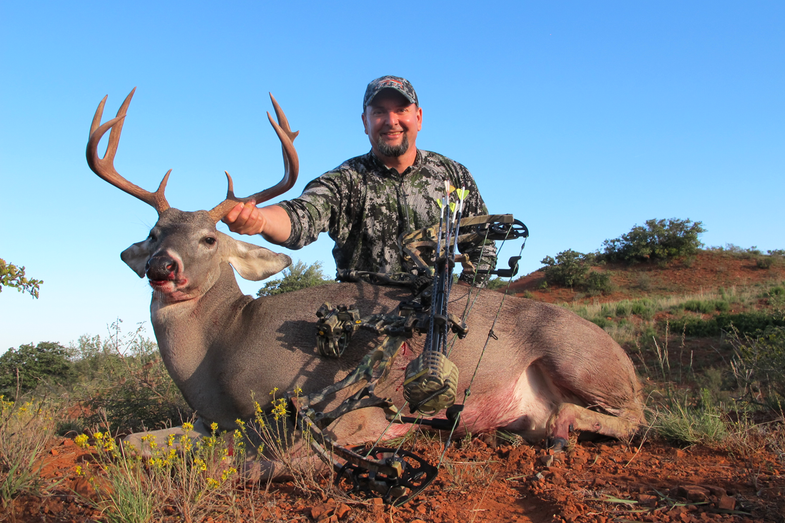 Nothing hammers home a lesson that needs learning quite like a blunder that muffs your chances at a trophy buck. One of those deep-chested, heavy-horned studs you hear some guys refer to as “toads.” Unfortunately, I know this feeling all too well, having gone through the painful process more times than I’d like to admit.

The positive thing about my botched opportunities? I take pride in learning well from most of them. In the interest of making all of us better prepared to deal with the rigors of our upcoming hunts, I offer up here some of my most-epic bowhunting blunders.

Beware the Unfamiliar Stand
I’m a fanatic about setting my own treestands, mostly because as an avid public-land hunter I’ve done so much of it. I also believe consistently hanging effective, deadly stands is equal parts skill and art, one of the most-critical factors boosting your confidence and success. Because I also hunt regularly with outfitters of varying skill levels, I sometimes encounter hunting stands I know are hung with suspect degrees of skill. Here’s a classic example.

It was the peak of the rut and I’d gotten off to a relatively late start in my drive from Minnesota down to southern Iowa, and finally arrived mid-afternoon, somewhat groggy. At that hour I had expected to simply unpack, shoot my bow, and prepare for the next morning’s hunt, but my hosts were adamant. “Things are really rocking right now, Mark, we’ve got to get into our stands right now. How soon can you be ready?” Steve asked. I glanced at the jumbled mess of gear I’d haphazardly thrown into the back of my SUV and frowned. “Give me 15 minutes,” I shot back.

Sixteen minutes later I was driven to a farm where I was led to one of my friends’ favorite sets, in a small, steep draw on a brushy cattle farm. As my host left me there, he mentioned that it might be wise to do a little rattling. An hour later I was clashing my Pack Rack together, and before I’d had a chance to put that device down I had a small 6-point coming running right to the base of my stand. As I sat watching that deer I caught motion to the left; here came one of the largest bucks I’ve ever seen on the hoof—and right down a wide cattle path running just 15 yards away. The setup couldn’t have been sweeter; the deer had no clue I was there, and merely had to clear a small bushy tree below me to offer an ideal shot.

Soon I was at full draw, waiting, when the huge deer got to the very edge of the cover, and…stopped. Then, to my horror, it took a step back and began making a scrape. Still at full draw, I pondered letting down but felt the deer, so close, would see me. In one of those split-second decisions you wished you could have back, I decided to lean out as far as I could to the right, and attempt that extreme-angle shot. At the release I had what appeared to be an open shot to the deer’s chest. But the scene was a mirage. I hadn’t noticed the network of branches lurking below me, hidden in the dark shadows of the steep ridge; my arrow ricocheted neatly off at least one of them, hopping cleanly, if not comically, over the deer’s massive back. I could have cried. To this day I can close my eyes and see that deer’s unique, Coke-can-thick rack before it rocketed away.

Shooting Lanes Don’t Clear Themselves
This one is particularly painful, and has foiled more of my attempts at big bucks than most all other blunders combined. To fully understand my pain, know that I have bowhunting buddies who ridicule me for routinely cutting large shooting lanes. Most times, they resemble something a fully loaded Chevy Silverado could pass through. Despite this being one of my “things,” I can sometimes, somehow, talk myself out of trimming enough. Or maybe I’m hunting public land where such trimming is illegal, and I end up settling for merely a “close-enough” setup. Both scenarios have bitten me hard.

I’ll never forget the bruiser, public-land buck I hunted for several months in a remote area of northern Wisconsin. He betrayed his presence one September by leaving behind the largest rubline I’d ever seen. By the time November rolled around I had two treestand setups along that rubline, but had yet to log a sighting. On a whim, one afternoon I decided to move one of the stands some 40 yards to the west, and the next morning, climbed into it despite the fact I had not completely finished clearing the necessary lanes. I figured I’d finish the job that next day, as a midday break during an all-day rut hunt. You can guess the rest.

Just at daybreak of that first sit I was startled by breaking brush, then loud footfalls as whatever it was seemed to respond to my loud grunting. In the early morning mist the sight of that wide, unusually heavy northwoods 10-point took my breath away; but even in that low light, as I drew and aimed I could see the buck had stopped where it was shielded effectively by brush. I had no shot, and eventually had to let down. The ultra-cautious buck simply turned and ghosted away; I never saw it again. Even though that encounter occurred over a decade ago, I can still recall ranging the site where the buck had stood, at a mere 23 yards. And how easy it had been, minutes later, to clear away that screen of dead branches.

Know the Local Conditions
Sometimes the error is less obvious. During a recent adventure that began after paddling deep into Minnesota’s Boundary Waters Canoe Area Wilderness—an area that sees virtually no human bowhunting pressure—I chose not to clear some mostly dead brush from a “secondary” lane, after finding what I believed was a can’t-miss, fresh-sign-laden funnel stand. The tree offered plenty of primary, wide-open shooting lanes, but my errors came in believing I was hunting unpressured deer, and that they would stroll through one of those wide lanes fearlessly. After all, weren’t we some eight miles from the nearest road to the south, and facing a far greater stretch of remote, roadless Canadian wilderness to the north?

When I eventually bleated-in the trophy buck suspected of making all those bright-orange-yellow rubs, the deer approached in brush so thick I could barely see its white throat patch, or see any more detail of its antlers other than their impressively wide spread. And this was a 200-plus-pound buck at less than 15 yards. My attempt to thread an arrow through a hole in the brush, as the buck eventually walked slowly away, resulted in a harmless deflection.

Unpressured deer? I had failed to consider the impact of local wolves. Later that day I watched one lope by the very same stand at 80 yards, and two days later, again from the same stand, heard an entire pack begin howling from what couldn’t have been more than a few hundred yards. And this was at 10:30 a.m. It was no wonder that buck stuck so closely to cover. So much for my untouched, personal bowhunting Shangri la, but one familiar question still stings: What if I’d taken the time to clear just one more lane?