Lightning Strike Kills Herd of Deer, a Wild Story from the OL Archives

A lightning strike wiped out a herd of deer in one of the craziest whitetail stories from the OL.com archives 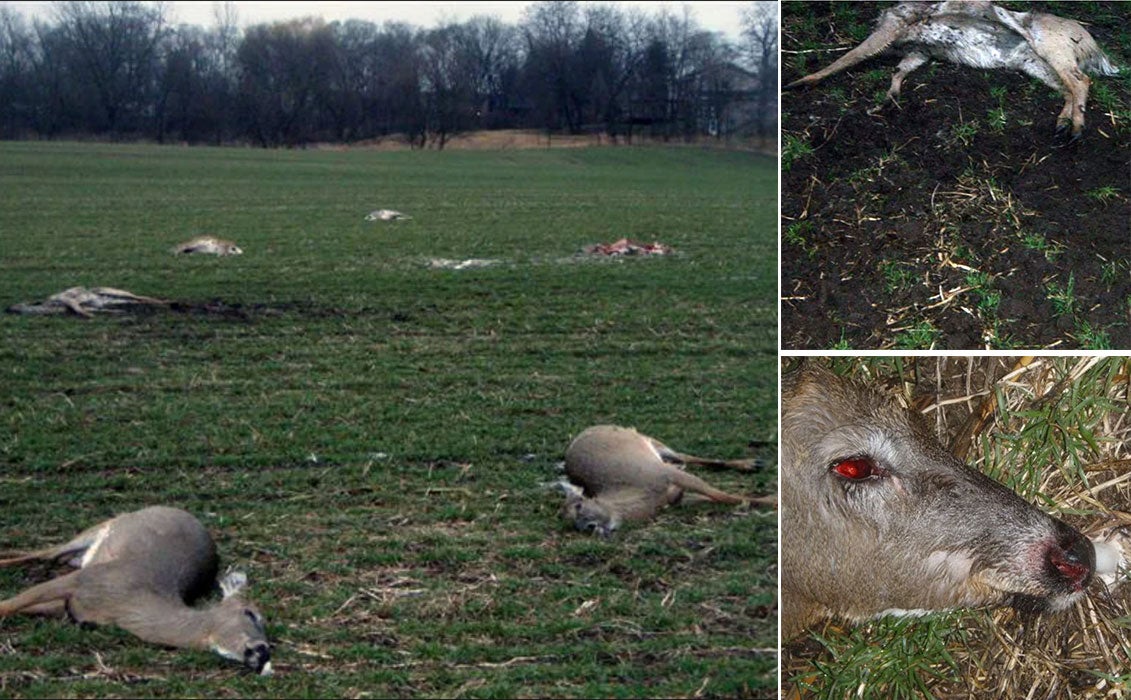 Through the years, we’ve covered quite a few strange scenarios involving whitetail deer. There was the Arkansas buck that got stuck goring its own leg, the Michigan doe that tackled a high school cross country runner, and the case of the Pennsylvania police officers who discovered a live deer in the back of a trunk during a traffic stop. But one of the all-time weirdest deer scenarios goes back to 2010, when a lightning strike killed a herd of deer in southeastern Wisconsin.

I was OutdoorLife.com’s new online editor at the time and interviewing a conservation officer about electrocuted deer was my version of high-profile news. The officer had never seen anything like it before, but after filing his report, he and his team found cases of lightning-struck deer in Texas and Iowa.

Since then, there have been a few other similar cases, including the 2016 incident in which a lightning strike killed a herd of more than 300 reindeer in Norway (Side note: the New York Times wrote a masterpiece of a lede for this story, starting the article with: “Somewhere Santa is mourning.”)

According to the Times’ story, a single bolt of lighting could have hit one or two animals directly, but the majority of the deaths were likely caused by ground current. When lightning touches down it spreads out in search of places to travel. The reindeer, with their hooves on the wet grass, presented pathways where electrical current could flow.

“The electricity would go up one leg of the body and stop the heart and go down and out another leg,” John Jensenius, a lightning safety specialist with the National Weather Service told the Times. “In an instant, of course.”

My takeaways from Jensenius are twofold: 1) It’s good to know that the caribou (and those deer from Wisconsin) likely died instantly, without suffering; 2) lightning is not to be trifled with.

The original story: On March 22, DNR Conservation Officer Juan Gomez responded to a unique call: seven deer had been killed by lightning. The scene was a hay field in Kenosha County, Wisconsin. On the morning prior, thunderstorms rolled through the area and a lightning bolt hit a field where a small herd of deer had been grazing.

When Gomez arrived, he found that all of the deer’s eyeballs had popped out. It’s possible that birds could have plucked out the eyes, but Gomez’s theory is that they were popped out by the lightning strike.

He found one deer about 100 yards away from the others. He thinks that this deer was grazing away from the other six when the bolt hit. Because the field was wet, the electricity traveled across it easily and zapped this deer too. While it was the first time Gomez had seen anything like this in his career, it is not exactly an unprecedented incident. After Gomez filed his report, his team did some research and they found similar cases of deer being struck by lightning in Iowa and Texas.

By the time Gomez got to the scene, coyotes had already torn into some of the carcasses. The DNR and the landowner decided to leave the deer in the field for the scavengers.