Salmon, steelhead, and American shad do it. But flounder? 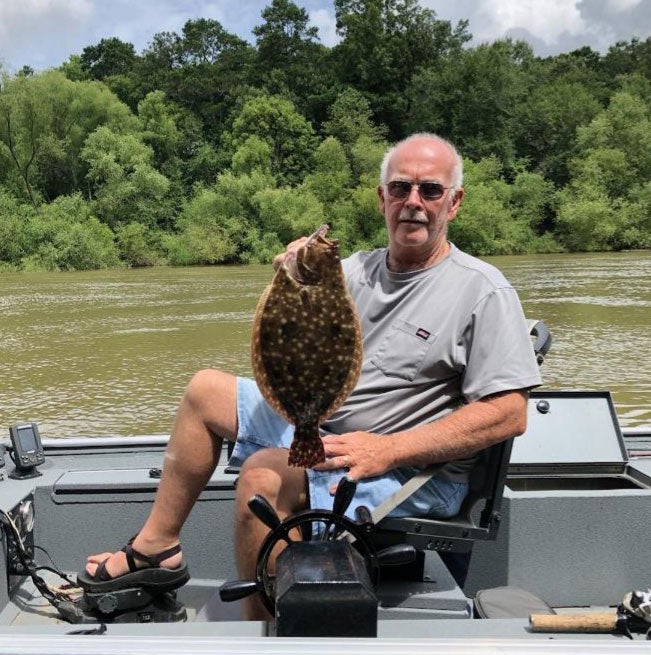 But a flounder found 200 miles from its normal saltwater environment is a rarity. But that’s what Wayne Nall of Broxton, Georgia, caught June 30, in the Ocmulgee River near the Telfair-Coffee County line.

“I thought it was a pretty good bass,” Nall told Georgia Outdoor News. “We’ve been catching some good ones [bass] with the river staying full this year. Then the fish didn’t come up, and I said, ‘Something isn’t right here.’ When I got it up and it came by the boat close enough, I saw that messed up brown color, and I thought it was a flathead [catfish]. I was half right. Turns out I had a big flatfish [flounder].”

“We get reports of upriver flounder every year — some years more than others — but no real pattern of dry versus wet years,” said Bert Deener, Southeast Georgia Regional Fisheries Supervisor for the state’s Wildlife Resources Division.

Flounder commonly are caught in coastal rivers feeding into saltwater. They can survive in ocean depths near reefs and wrecks 100 feet down, and also do well in pure freshwater. Some fisheries departments (notably Texas) have even done research on stocking flounder in freshwater lakes.

Read Next: Two of the Best Flounder Rigs

“While they typically live in saltwater, it is not uncommon for them to take a vacation up one of our Georgia rivers,” Deener said. “The Altamaha system is their preferred vacation destination. I’ve personally electro-fished flounder 20 to 30 miles upstream of saltwater during our standardized sampling, but have had reports of flounder being caught, usually by bass anglers, [farther] upstream.

“This Ocmulgee River flounder had a little more energy than most and is the farthest upstream I’ve heard of in my over 20-year career.”

Flounder also have been reported far up the Savannah River below the dam in Augusta, some 160 miles from the ocean.