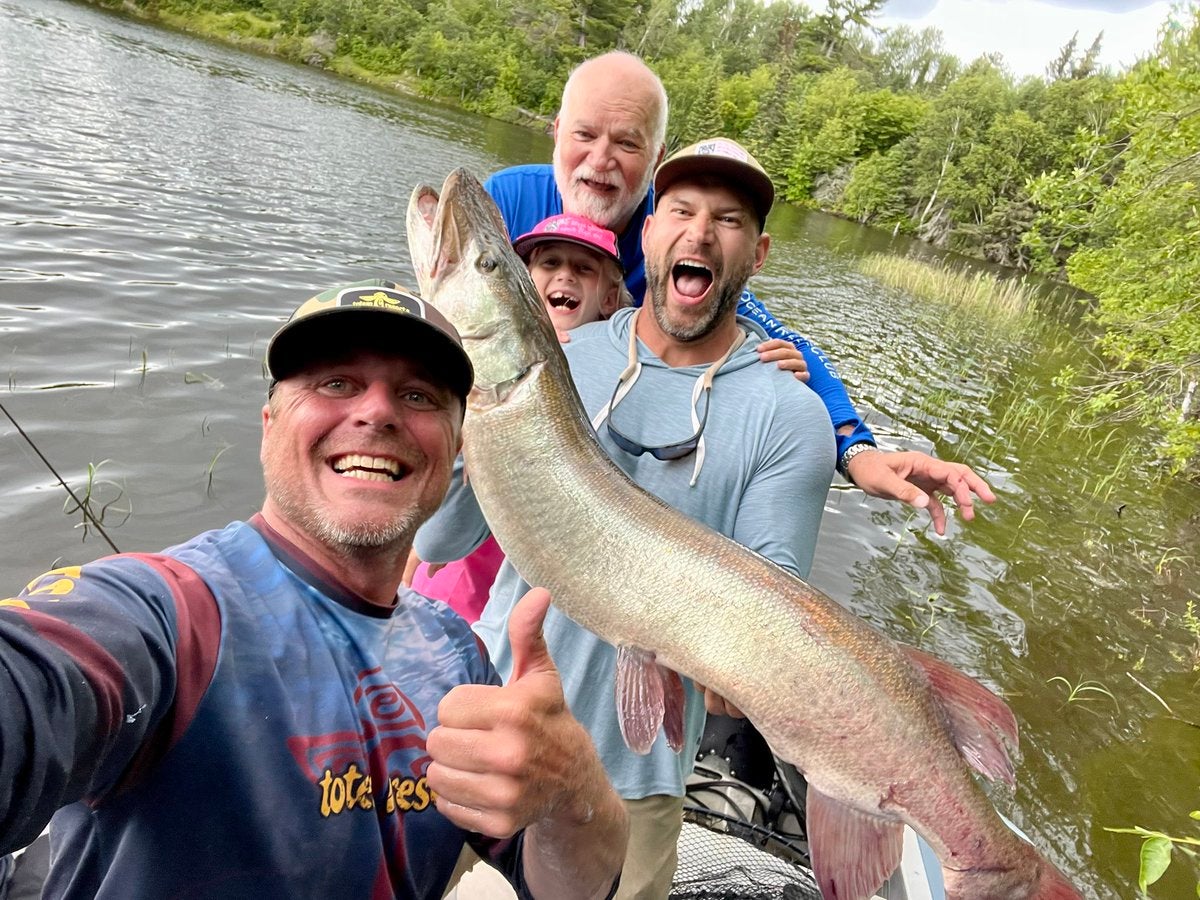 "My 9-year-old daughter wrestles in a Lake of the Woods monster!" Thomas bragged on social media. Joe Thomas / Twitter
SHARE

After watching his 9-year-old daughter Logan land a tank of a muskie on Minnesota’s Lake of the Woods, former NFL All-Pro Joe Thomas was one proud papa. Thomas recorded the catch on his cell phone and shared the video on Twitter earlier his week.

My 9 year old daughter wrestles in a Lake of the Woods monster!! pic.twitter.com/XTEWgLegs2

At the start of the video, it’s unclear what Logan has on the line, but as soon as the guide says “big muskie,” her dad starts losing it. As the fish nears the boat, Thomas does what most fathers would do in that situation—which is a combination of nervous shouting, giving his kid questionable advice, and generally getting in the guide’s way.

When the muskie hits the guide’s net, everyone in the boat goes ballistic. The former lineman starts hollering “get him!” at the top of his lungs, while his daughter, dressed in pink from head to toe, squeals loud enough for the Canadians to hear. “It’s humongous!” she yells as she high-fives her dad at the end of the video.

If fishing, family, and Joe Thomas all sound familiar to you, that’s probably because back in 2007, Thomas skipped his NFL draft day to go fishing with his dad on Lake Michigan. He might have played 11 seasons with the Cleveland Browns, but he grew up in Wisconsin where fishing is part of the culture. You can watch the NFL Network video on Thomas skipping the draft here. Like most Midwesterners, Thomas can appreciate a big muskie, and the Lake of the Woods on the Minnesota/Canada border is a good place to find them. The Minnesota state-record muskie was caught by Nolan Sprengeler in 2021 and measured 57.75 inches in length with a 29-inch girth, and weighed 55 pounds, 14.8 ounces.

Logan’s fish might not approach record status, but it’s one that both she and her dad will remember for some time.