Bryant is living proof that for deer hunters, age is but a number 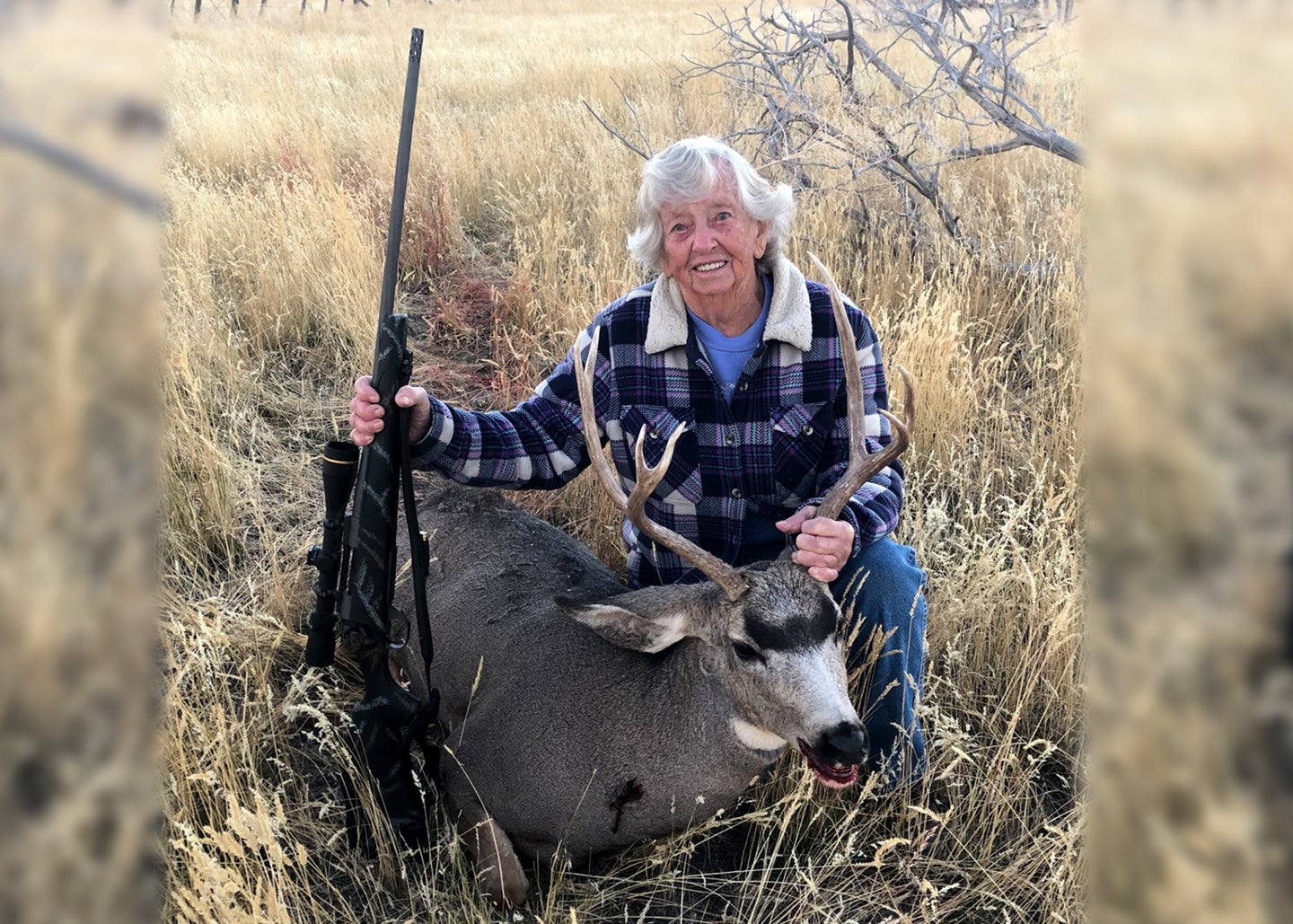 Mildred Bryant killed her first deer when she was nine years old. 81 years later, the hardworking woman from New Plymouth, Idaho, is still going strong. She notched her tag this fall on a 3×4 mule deer buck, according to Idaho Fish and Game, and she did it wearing blue jeans and a flannel shirt. At 90 years of age, Bryant is living proof that for deer hunters, age is just a number.

Bucking Tradition and Showing Up the Menfolk

Bryant tells IDFG that she was raised near Coos Bay on the Oregon Coast. She grew up doing most of the same things that her brother Buster did, including riding horses and the occasional bucking bull. But when it came to spending time outdoors, there weren’t many fathers taking their nine-year-old daughters deer hunting back in 1941.

So, one day in the fall of that year, when her dad told her to stay at home while he and Buster went into town, the young girl and a friend decided they’d go hunting on their own. Bryant took her dad’s rifle off the wall, and they hiked into the nearby woods. She ended up shooting her first blacktail buck that afternoon. The only problem was the two kids weren’t big enough to pack out the deer on their own.

“I went and got a rope and hung it by its horns, up in a tree,” she told IDFG. “I gutted it out and hung it up so it would drain good.”

When Bryant’s dad got home and she told him about her buck, he refused to believe his daughter at first. She was persistent, though, and he finally agreed to help her out. And even though she says that he shared some choice words when he found the buck, it’s hard to imagine a father from a hunting family (in this era or any other) that wouldn’t be proud to see his nine-year-old daughter go out and shoot a buck.

Read Next: Eighth Grader Arrows a 238-Inch Buck, Likely the Biggest Non-Typical Ever Killed by a Youth Hunter in Kentucky

That moment marked the beginning of Bryant’s life as a hunter. She eventually moved away from coastal blacktail country to the high desert of Central Oregon, where she found plenty of opportunities to chase mule deer. On one memorable occasion, she and her oldest daughter snuck off the farm while her husband went hunting in another area. When he came back with a small three-point, she showed him two bigger bucks that the girls had harvested within a few miles of home.

“He was so mad that I got this big deer that he would not eat the meat,” Bryant said. “He swore to God that his deer tasted better than mine did, too.”

Celebrating 81 Years in the Outdoors

Over the following decades, Bryant hunted whenever she could while she focused on raising a family and keeping their dairy farm running. When her 89th birthday rolled around in 2021, she thought it would be special to celebrate her 80th season as a deer hunter, so she made plans with her oldest daughter, Linda Erickson, to go hunting that year.

They had to push back their plans until this fall, when Bryant drew a buck tag, and Erickson arranged a hunt on a friend’s property in Malta, Idaho. For the hunt, Bryant’s daughter lent her a 6.5 Creedmor with a new scope, which was easier to see through than the one on her old .270.

The next morning, they set Bryant up on a wooden stool near a fence line. She missed the first small buck she shot at. But when a bigger 3×4 stepped out and gave her another opportunity from 224 yards away, she dropped the deer on the spot. They all enjoyed some venison that night after caping out the buck, and Bryant says she plans to hang the mount right next to the 4×4 that one-upped her husband’s buck 50 years ago. It’ll be one more reminder on their wall of a life well lived.

“There’s nothing wrong with the outdoor life,” she told IDFG. “I truly believe that.