The Biggest Myths and Misconceptions Around Deer Rifles, Cartridges, and Shooting

OL’s shooting editor John B. Snow tackles some of the biggest myths about deer hunting rifles 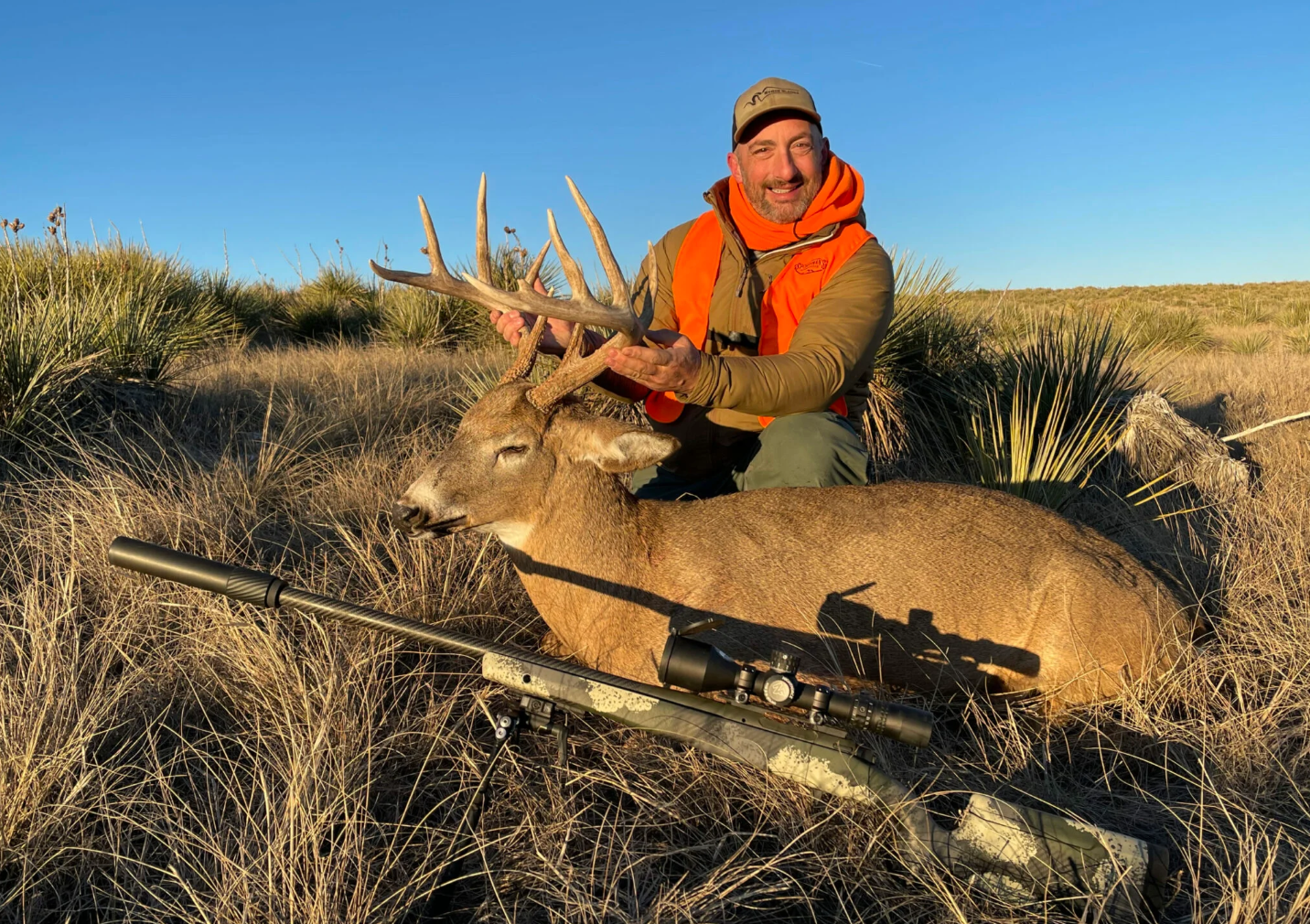 Outdoor Life’s shooting editor John B. Snow cut his teeth hunting Michigan’s Northwoods in his youth. Now, all these years later, he lives in Bozeman, Montana—the beating heart of big-game hunting in the West. He shoots in precision rifle competitions and, quite frankly, is a total long-range shooting nerd.

So, I’m counting on Snow to unite the two divided camps of deer hunters: those who hunt in the big woods with grandaddy’s old rifle vs. those who hunt in open country with the latest and greatest rig. We recently sat down to discuss and dispel some of the biggest myths around deer rifles, cartridges, and shooting. As editors and deer hunters, we hear the following misconceptions all the time. Here’s why they are total B.S.

Myth #1: The 6.5 Creedmoor is an overrated deer cartridge

The 6.5 Creed isn’t really overrated or underrated, it’s just misunderstood. It is not an ultra-fast, flat-shooting, physics-defying, super cartridge that some of its proponents make it out to be. Likewise, it’s not some pipsqueak of a cartridge that’s incapable of cleanly killing big game and is only popular because hipsters and metrosexuals think it’s cool.

In reality, the 6.5 Creed delivers projectiles with high ballistic coefficients from a smartly designed case that embodies all the elements of modern cartridge design. While classic 6.5 cartridges can be modified to incorporate most of what the 6.5 Creedmoor brings to the table, they aren’t able to deliver the whole package. The fact is we know more about how to design a better cartridge than ballisticians did in decades past. And the 6.5 Creedmoor’s track record in competition and in the field bears that out. Over years of rigorous testing, it’s proven to be an incredibly accurate cartridge in general.

“The 6.5 Creedmoor is an extraordinarily capable big game round and is more than sufficient for any whitetail that trots across the face of North America,” says Snow, who has hunted with the 6.5 Creedmoor all over the world and killed giant eland (which can weight 2,000 pounds) with it. “It’s a wonderfully balanced and inherently accurate round. It’s easy to shoot, has relatively mild recoil, and it’s also the type of cartridge that promotes and encourages people to practice and become better marksmen.”

In other words, it’s an ideal cartridge for medium-sized game like whitetail deer.

“Most people think about performance purely in terms of muzzle velocity,” Snow says. “They’ll say ‘well, this cartridge spits out this bullet faster, therefore it is a better performer.’ But that’s not a very sophisticated way of looking at performance. There’s more that goes into it than just muzzle velocity.”

Myth #2: Shooting a boomer like the .300 Win. Mag. will give you the knockdown power you need on big whitetail bucks

“I’ve been guilty of using the term ‘knockdown power’ in the past, but that’s really a misunderstanding of terminal ballistics,” says Snow. “There’s no such thing as knockdown power with a cartridge.”

That’s because bullets kill in only two ways: they take out the central nervous system (a shot to the spine or brain), or through blood loss through tissue damage (known as exsanguination).

“How the bullet behaves within the target and also where that bullet is placed in the target define how effectively a bullet kills. The bullet doesn’t knock the animal down,” Snow says. “So if you start to think of the terminal effectiveness of a cartridge in those terms, it kind of shifts it a little bit too. Bullets that are a little smaller, driven at moderate velocities can do as much damage, in some cases even more, than a big boomer.”

But what about that time you watched granddaddy drop that big 10 pointer in its tracks with one shot from his old .30-06? Isn’t that knockdown power?

Actually, no. Animals will drop for a variety of reasons, but they’re not being knocked off their feet. Plus, every shooting scenario is unique. Sometimes a well-hit animal will run 100 yards before dropping (even if it was hit by granddaddy’s old .30-06). These personal experiences in the field all serve as impactful anecdotes, which work to form strong opinions among hunters, but they are not useful data.

Myth #3: Heavier .30-calibers are better at busting through brush

OL staff writer Tyler Freel did an in-depth test on the “brush busting bullets,” which you can read about here: The Best Brush Busting Bullets Put to the Test. His takeaways were pretty straight forward: the .45-70 Govt. is by far the best busting round; and mono-metal, copper bullets (like Black Hills’ HoneyBadger) deflected the least when shot through brush.

With that said, all bullets did deflect to some degree. And since most deer hunters aren’t shooting .45-70 these days, none of us should shoot through brush if we can avoid it.

“Except for very rare circumstances [like for a follow-up shot] we should not be shooting through brush at all,” Snow says. “It will deflect and possibly damage the bullet and introduce all sorts of vectors of chaos into the shot. Even with the .45-70 I wouldn’t take that initial shot through the brush.”

Myth #4: The rifles of our fathers, made in the 50s and 60s, are superior to the rifles made today

They just don’t make rifles like they used to—they make them much better.

“Look at the introduction of precision CNC machining, which is now commonplace in the gun industry,” Snow says. “It’s allowed companies, large and small, to manufacture barrels and actions to such a degree of perfection that you can literally buy the components yourself, screw them together and have a really high performing rifle. Whereas if you look at like a classic 700 from back in the day, their ability to control even the head spacing on the barrel was so poor that they would have a series of bolts to try to mix and match to get it to close correctly on the gauges they used to deem the rifle in our out of spec.”

But there is one thing that those old wood-stocked deer rifles did have going for them: craftsmanship and hand checkering.

“One of the things that’s been sad to see is that we have lost some of the craftsmanship, specifically in terms of checkering and nice wood stocks,” Snow says. “There’s still high-end gunmakers doing really nice checkering, but it is a bit of a dying art. We don’t have the benefit of that with our modern guns as everything has gone toward synthetics or in some cases laminates. The checkering such as you do see if often executed by machine and it looks ok—but you can tell that it’s been done by machine.”

Choosing the best deer cartridge used to be an important task. But today, bullet selection is really more important than cartridge selection.

“People do talk about cartridge selection a lot and certainly back in the day—rewind the clock 30 or 40 years—and we had a good variety of cartridges and a really minimal selection of bullets,” Snow says. “And those bullets weren’t very good, for the most part. Now we have these amazing bullets to choose from, which have cropped up in the last 20 years. So when looking at a hunting scenario, the bullet selection question really trumps the cartridge question. There are certain types of scenarios when one cartridge will outperform another, but take out the extremes and it comes down to bullet selection. And, we’re lucky for that to be the case.”

Myth #6: Your deer rifle sucks if it doesn’t shoot sub-MOA

Many rifle companies promise “sub-MOA accuracy” out of the box and some will even send you a shot target with group that measures under an inch. But as Snow wrote about last month, those sub-MOA guarantees don’t really mean much.

“I think the whole obsession with the targets and the sub-MOA stuff has really clouded the reality of what even competition shooters need, let alone deer hunters,” Snow says. “We shoot thousands of rounds through dozens of guns every year [for review of the best rifles]. We have our 5-shot-group protocol, so we have a huge data set to look at. And really, with most hunting rifles and common factory ammo, if it shoots 1.25-inch, 5-shot groups, it’s a damn good rifle.”

Plus, a rifle is only as accurate as the hunter who’s shooting it. So spend less time worrying about your deer rifle’s theoretical accuracy, and more time practicing for better accuracy in the field.