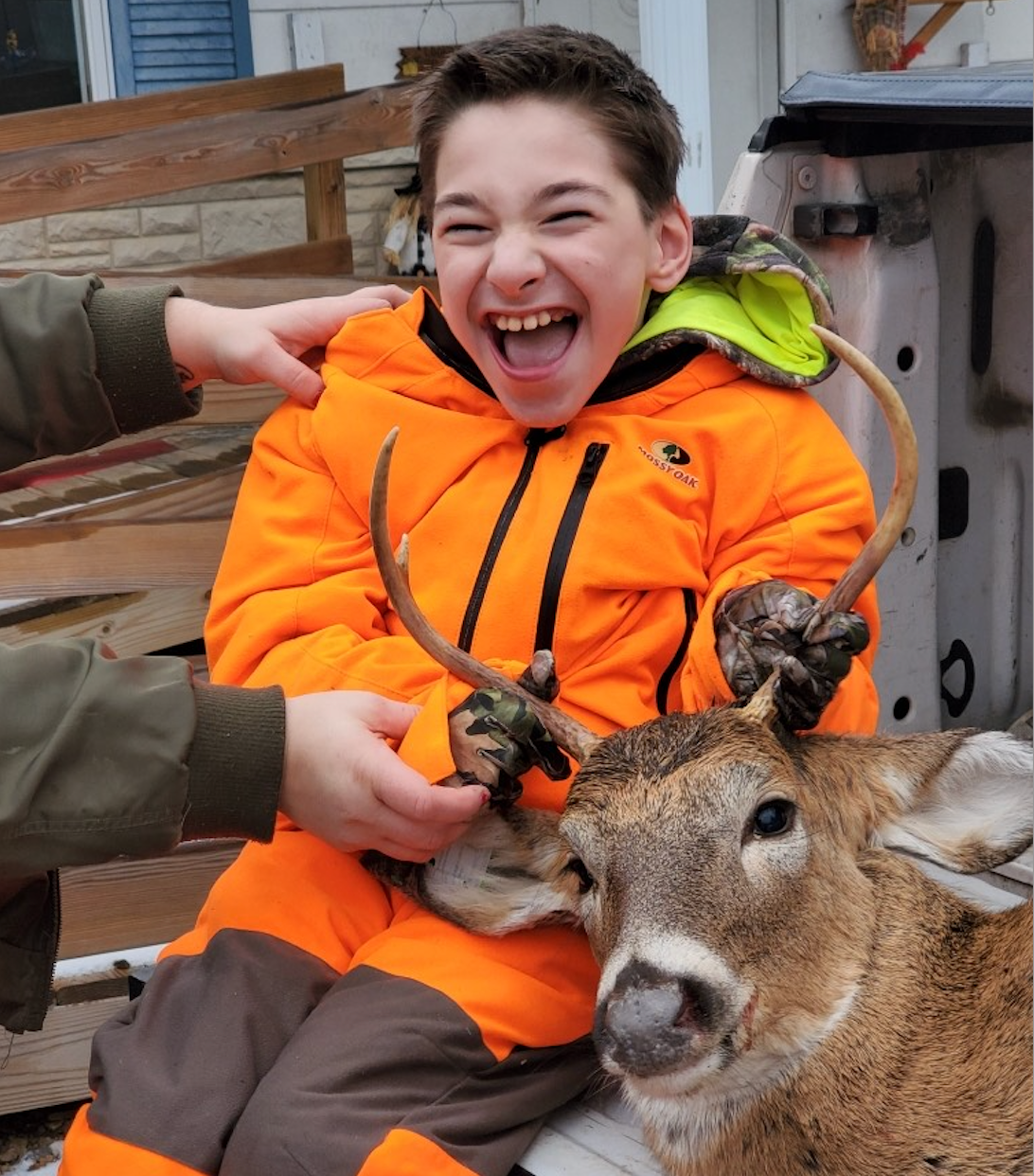 Lucas McCormick got his first buck during the first week of deer season this year. Kayla McCormick
SHARE

Dan McCormick and his wife, Kayla, have overcome some major challenges in order to foster their 11-year-old son Lucas’ love for hunting. Lucas has a severe form of cerebral palsy. He is confined to a wheelchair, and is unable to hold or operate a gun. That would have ruled out hunting for most kids. But the McCormick’s have found a way to turn Lucas’ limitations into opportunities. With some ingenuity and technology, Dan built an adapted rifle system so that Lucas could tag his first buck during the first week of Pennsylvania’s deer season this year.

Kayla explains that Lucas, who is the oldest of their three sons, was born premature at 26 weeks. He weighed 1 pound, 14 ounces. She says he spent the first few months of his life in the hospital and was eventually diagnosed with cerebral palsy when he was about a year old.

“Since then,” she says, “it’s been a lot of doctor’s appointments and a lot of therapy. But he doesn’t see himself any differently, and we don’t either. We’ve always just treated him like any other kid, and he does all the things that he wants to do…just a little bit differently.”

When a 3-year-old Lucas told his parents that he wanted to start hunting, Kayla says they made him wait until he was 8, and then they figured out a way to make it work. Dan built a ground blind under his treestand, which is situated on their property in Smicksburg, Pennsylvania, and he installed a wheelchair ramp and a small heater.

Kayla says that for the first couple seasons, Lucas would go out and sit in the stand with his dad, who built their first iteration of an adapted shooting system by tying a length of shoestring to the trigger of his own rifle.

Read Next: Hunting Mamas: The Trend No One Expected to Take Off. Here’s Why It Did

“He wasn’t able to see anything,” she says, but Dan would aim the rifle, hold it steady, “and he would just pull the string and activate the trigger.”

When Lucas pulled that string and killed his first doe two years ago, there was no turning back. The boy was now a hunter.

In 2020, the family hooked up with Hunt of a Lifetime, which is a nonprofit organization that helps children who are diagnosed with life threatening illnesses or disabilities fulfill their hunting and fishing dreams. The McCormick’s went on a bear hunting trip in Wisconsin, and even though Lucas didn’t get a bear, everything changed when he had the opportunity to use the nonprofit’s fully motorized, adapted rifle system.

“That’s kind of how it all came about,” Kayla says. “We were like, ‘Wow. this is really cool.’ Because he could see everything, and he could shoot it himself.”

Mom and dad were just as shocked when they looked up the adapted shooting system online and saw the expensive price tag, but Dan was confident that he could build a similar, more basic, system on his own. He started designing it earlier this year, and he ended up retrofitting a Caldwell FieldPod shooting rest with a door lock actuator, a digital screen, 12-volt battery, and an adaptive switch. With a little help from a neighbor and relative who owns a 3-D printer, they custom cut the aluminum pieces and put the finishing touches on an adapted rifle system that quickly replaced the old shoestring-on-the-trigger method.

Dan says the system works with any bolt-action rifle, but that Lucas shot his buck with a Savage Axis chambered in 7mm-08.

In the time since Lucas punched his first-ever buck tag, he’s become somewhat of a celebrity. The family has received an outpouring of admiration and support on social media, and they made it on the local news earlier this week. Kayla says her son has loved every second in the spotlight, and that he hopes to start a YouTube hunting channel so he can serve as a role-model for young hunters with disabilities.

As for Dan, he just wants to keep hunting with his sons. Eight-year-old Beau has already started and their youngest son, Cash, will be joining them in the stand soon enough. When asked if Lucas will try to get another buck next season, Dan replied: “He’ll be out there this Saturday morning before daylight.”