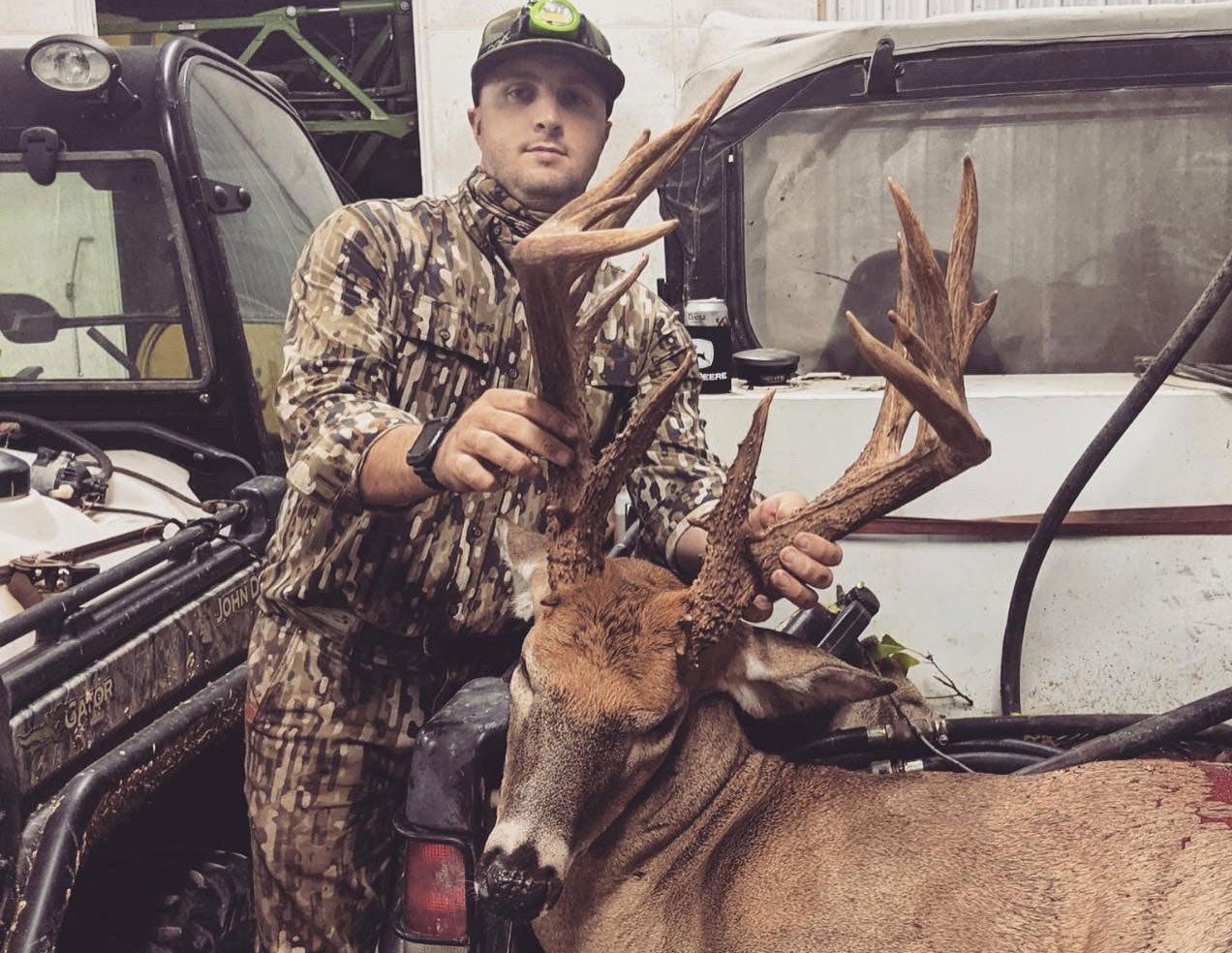 It was early September and Neal Kirkpatrick, 25, had just gained access to a 132-acre farm for deer hunting in western Kentucky. Kirkpatrick had been spending most of his falls duck hunting, but this year he was planning to get after deer.

“With the new farm access, I figured I would get back into deer hunting,” said Kirkpatrick, a special education teacher.

The farm had a mix of soybeans and hardwoods and it had been deer hunted years earlier. Kirkpatrick found some old stands during his scouting sessions and used them as places to begin learning the land, placing remote trail cameras to record game activity.

“The farm was very overgrown, and the old stands needed some attention,” said Kirkpatrick, who has multiple bow bucks to his credit. “So over the next few weeks I visited the farm regularly to get things ready for hunting.”

During one scouting trip, Kirkpatrick checked a camera and it had recorded a lot of deer, and a few good bucks. But the weather was poor for hunting, so he bided his time for improving conditions.

Finally in late September, Kirkpatrick noted a cold front moving into his region, a prime time to hunt. On Sept. 25 he got into a two-man metal ladder stand in a place where he’d gotten photos of a few large bucks. Two hours into the hunt without seeing any deer, Kirkpatrick called his friend Kyle Moore who lived nearby to see if he wanted to climb the stand with him and watch for game.

“Soon after Moore climbed up we had a 6-point buck show below us feeding for 45 minutes,” Kirkpatrick said. “A few minutes before dark we didn’t have much hope for even a doe. We were about to quit when Moore said, ‘Neal, look below’. I did and couldn’t believe my eyes. All I could see was the buck’s heavy massive rack.”

Kirkpatrick moved to take a shot with his bow, but the buck spooked a bit, moving off toward an adjacent bean field. But the deer stopped and looked back, turning and offering a perfect quartering away shot at 42 yards.

“I knew this was the shot I had to take,” said Kirkpatrick.

They heard the arrow thud as it hit the buck high but behind the shoulder, and watched it run 150 yards through the bean field before falling near a ditch.

They waited two hours before tracking the deer, calling in local friends Nick Huff, Jake Peveler and Chase Geary to help track and recover the animal.

They looked for only a few minutes before picking up a blood trail in the beans, leading to the area where they believed the buck had fallen. Soone enough, they found the massive 23-point buck. Kirkpatrick’s deer has a tight rack but incredible mass. The estimated the score at more than 200 inches.

“Looking back at trail camera photos I have of this buck following a steady routine a few days before I harvested him, was pretty magical,” Kirkpatrick says. “Something told me to be in that stand that day.”