“They’re nice enough to let me hunt each year without paying a single thing, so I’m very thankful” 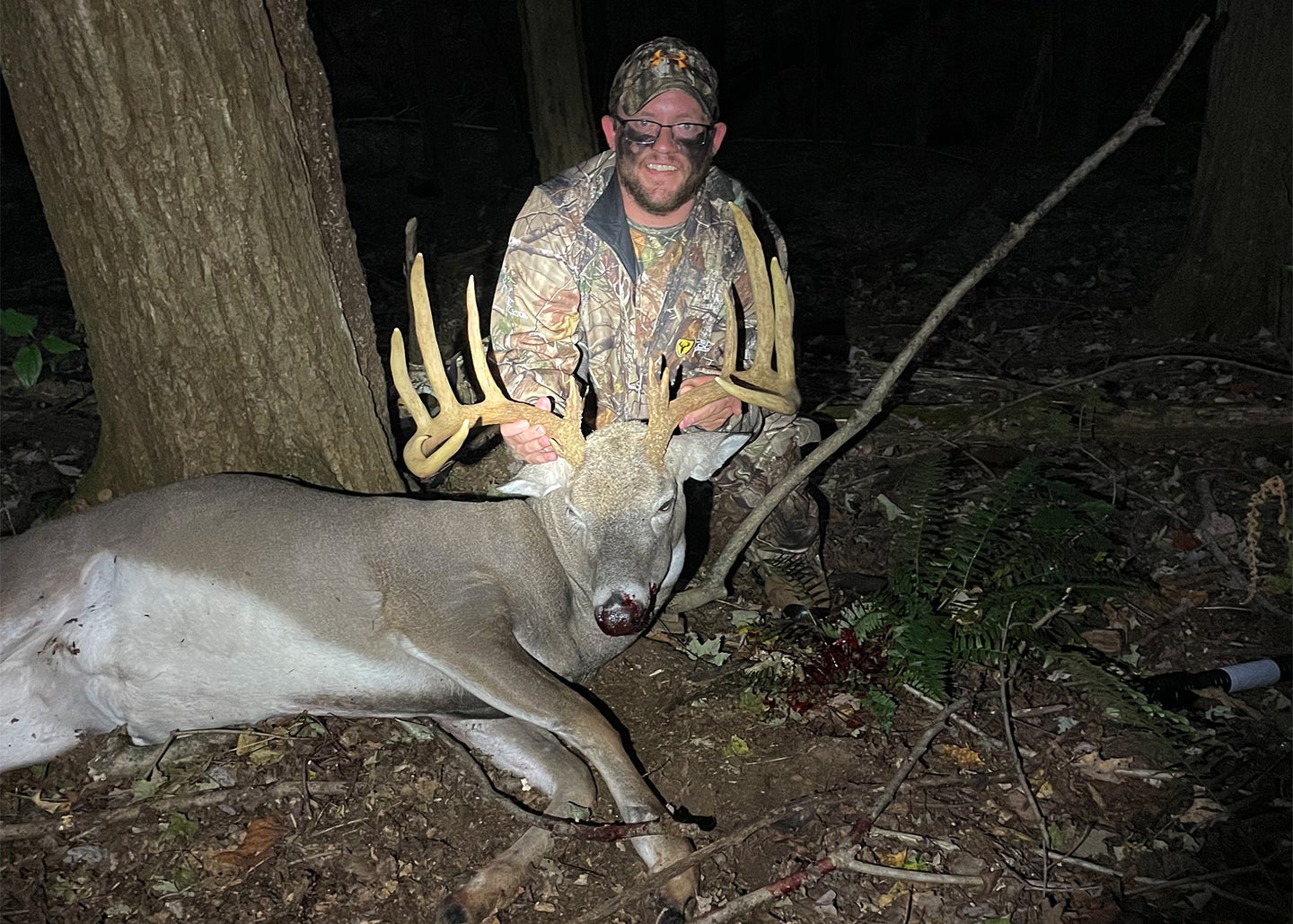 Luke Sheets with the buck he killed on opening day. Luke Sheets
SHARE

Many deer hunters like to gripe about how property leasing and outfitters have ruined deer hunting. Private land, and the big bucks that can grow on it, have become such a valuable resource that it’s impossible to get hunting permission with a handshake anymore. But Luke Sheets, who lives in Lancaster, Ohio, proved that’s not exactly true. After watching deer on trail cameras during the lead-up to Ohio’s archery season, Sheets tagged a 13-point buck on opening day this year. He shot the buck with a crossbow on private land where he has permission to hunt.

“It’s actually two brothers that own the farm,” Sheets tells Outdoor Life. “They’re nice enough to let me hunt each year without paying a single thing, so I’m very thankful.”

Sheets hunts the roughly 80-acre property along with his dad and the landowner’s grandson, who just recently got into chasing whitetails. Sheets says that over the years, he’s become friends with the neighboring landowners, who also hunt, run trail cameras, and share information with each other. He didn’t get his own trail cams up until the first of August this year (he usually starts sometime in June), but it didn’t take long to catch his target buck on camera.

“I have pictures of this deer going back to 2020, when I assume he was around two,” he says. “And I got him on camera pretty much every day in August. The week before the season opener he daylighted every day but Friday.”

Sheets didn’t make it out on opening morning that Saturday, Sept. 24, but when he noticed the wind shifting to the northwest that afternoon, he figured the conditions were right to move into the buck’s core area. Sometime after 5 p.m., he climbed into a ladder stand he had set up in an acorn flat near an open hayfield. Within about an hour, he had three bucks working his direction through the oaks: a four-pointer, a smaller 6-year-old, and the 13-pointer he’d been keeping an eye on all week.

As he reached for his Wicked Ridge crossbow, Sheets moved slowly to keep from spooking the three bucks that stood about 60 yards away. They didn’t scatter right away, but as the deer circled around the stand and got within 25 yards, the two that weren’t shooters ran off.

Read Next: How to Hunt Whitetails on the Acorn Crop This Fall

“The other two got spooked, so I knew I had to get a shot off,” Sheets says. “He was kind of quartering to me with a little bit of an angle where I could sneak one in just behind the front shoulder and go all the way through him.”

Which is exactly what he did. Sheets says he felt good about the shot, and he had plenty of confidence in the Grim Reaper Whitetail Special broadheads he was using. After waiting a little more than an hour, he called up five of his friends and neighbors to help track the deer. They didn’t find much blood at first, but it wasn’t long until one of them pointed out the buck piled up against a maple tree about 80 yards from the stand.

“The landowner came out, and the neighbor’s father and mother came out,” he says. “Everyone was just really happy for me. It was a great experience.”

Sheets says he rough-scored the buck, which had a split brow tine on the right side and a couple kickers coming off the main beam on the left side. He estimated a total gross score of 159 and 3/8 inches. Regardless of the score, Luke’s buck is simply a gorgeous trophy deer. Even better than the deer, is how Sheets, the landowners, and the neighbors have all stayed friendly, no matter how big the deer get.