These December Deer Drive Tactics Will Save Your Season 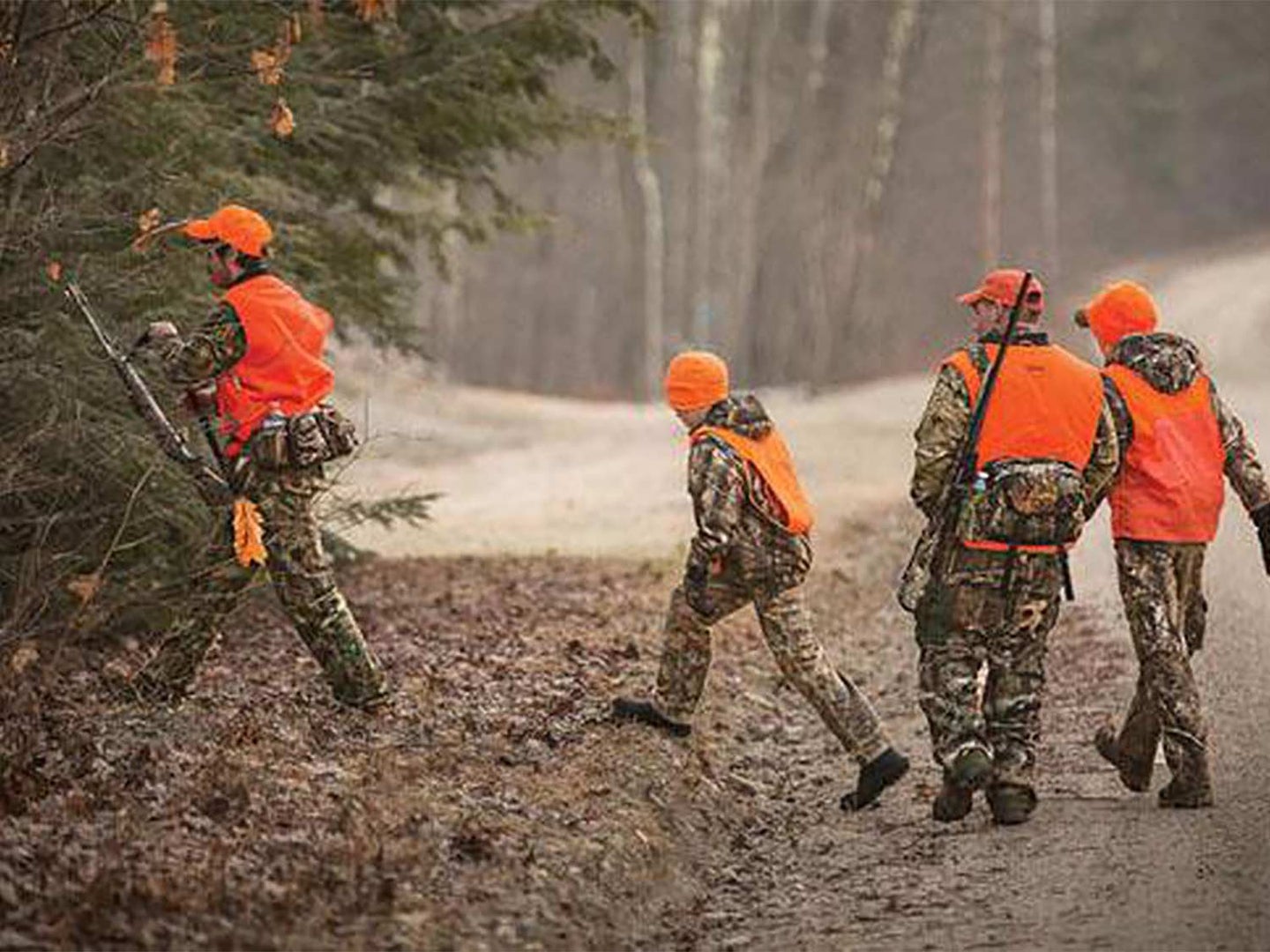 Deer drives are a great tactic to use late in the season. Gerry Bethge
SHARE

The noise coming up from the valley sounded like a high school marching band walking down Main Street on the 4th of July. Pots and pans clanged and banged, branches snapped, hounds bayed, and there were whistles and yells going back and forth. When a shot rang out, everything went silent waiting for the radios to crackle. The transmission came after a moment: ‘big buck down.’ Welcome to December deer drives, where hollers come from the hollows (Keep in mind that driving deer is not legal in all states. Check your deer hunting regulations carefully before heading afield).

Deer drives aren’t big nor loud for Tony Caggiano of Tony Caggiano Outdoors. His drives consist of three people and two of them are shooters.

“I’ve got a 5,000-acre property to hunt in New York State, and a few smaller farms, too,” he says. “To hunt it effectively, I’ll break down the entire property into smaller parcels for a day’s hunt. Every section is different, so I’ll take the terrain into account. Add in where the deer are bedded and the drive is simple.

“The deer’s bedding areas connect to the game trails, and those connect into natural funnels,” he continues. “In my area the natural funnels are created by draws and saddles. When deer are pushed out of their beds they get wary. They feel more confident when moving along their game trails. I use a tailwind to push my scent down through the bedding areas and around the swamp edges to get the deer up and moving down. I move slowly and quietly to keep the deer from getting scared. That reduced movement keeps the deer calm, and they’ll sneak out instead of bolt. If there isn’t much action on one piece of land, then I’ll carve out a second chunk and go from there. It’s more about time than weather, and the only condition where I won’t hunt is with a head wind.

“There is a lot of hunting pressure in upstate New York, and over the years that increased pressure has changed the deer’s behavior. Now they are nocturnal and bed down during the day, so daytime stand hunters frequently don’t see a lot of action. Drives are the ideal way to get the deer up and moving.”

Thor Kain keeps his drives on the down-low as well. He’s in the Pennsylvania woods a lot, running his field trial cover dogs, turkey hunting, and fishing. For Kain, knowing terrain and deer patterns are key.

“I study whitetail patterns all year long,” he says. “When the seasons open up, I know where the deer are and what they’re doing. Based on that I’ll spend archery, primitive, and rifle seasons hanging and banging. I shoot most of my deer that way, but if I’ve got an unfilled tag or if my buddies need to fill theirs, then we’ll put on a drive. I’d rather be outside anyway, and drives are a lot of fun.

“Out where I live, most of the huge drives are done by bear hunters. But a lot of folks like big deer drives with 20 or 30 guys who make a lot of noise. Those can work fine, but I like smaller groups of between 4 and 5 guys. I’ll set up two shooters on escape routes and then 3 of us work to push the deer toward them. That smaller group works well because we’ve got the terrain dialed in and the deer pretty well figured out. The key is containing the deer’s direction and getting the bucks and does moving slowly and consistently. I like to wind bump them to the shooters.

“I set up upwind of the deer and let my scent sweep down to the herd. Once they wind me they get wary and get up and start to move. As they move, I move, and I keep going so they don’t stop and bed down again. Most of the time I move real slow, a speed just a little faster than a stillhunt. On windier days I move faster because my scent drifts more quickly and the deer are spooky to begin with. If I can keep them from bedding down, then they just keep walking and don’t get spooked. Spooked deer run, and when they do they catch shooters off guard or sneak out and go in a different direction. If I move at a slow, steady pace then the deer walk right up the trail and into range of the shooters.

“The two other hunters seal off the back. They’re important since they’ll see any deer that double back. A lot of times they get the shot, and that’s fine because that’s the purpose of the drive. Every year we kill a lot of deer by wind bumping them on a drive.”

Read Next: 85 Late-Season Deer Tips to Save Your Season

Marty Cormier and his squad shoot an average of a dozen deer a year.

“We’re meat hunters—no doubt about it,” he says. “Racks are fine, and we’ve taken some good ones, but we’re looking to fill the freezer.”

Some of those deer are taken during archery season, but come December his buddies put on a series of man-drives. The group consists of six families, and everyone hunts, so drives are a good way for everyone to get in on the action.

“Most of us have been hunting together for more than 40 years, so at this point in our lives our approach is pretty dialed in. We use every part of the terrain to channel the deer to our shooters. Ridges, hillsides and saddles are natural borders, and since they’re steep here the deer aren’t likely to run up them. Our properties have a lot of water on them, too, and those swamps, ponds and lakes serve as natural borders to push animals toward choke points, and that’s exactly where we put the shooters. Knowing where the deer are is key. In my area I’ll find deer on hillsides on warm, sunny days. On windy, rainy days they’ll be in the hollows or bedded down. All that does is change our approach because the best part of drives is they work in all types of weather. In an ideal world my ideal forecast calls for a light drizzle rain or snow with a light, swirling wind.

“Finally, going slow kills more deer. Slow drives help us steer the deer toward the shooters. It maintains a controlled pace and movement that doesn’t come with startled deer that run hard. A slow pace means that a lot of times the drivers—instead of the shooters—wind up killing the deer. The size of the group isn’t as important as putting on a very focused drive. Focused drives kill deer.”

It’s December, and time is running out, so play to your strengths. Odds are you know your terrain, and you know your deer’s habits. The weather isn’t important, so gather up some buddies, then set up a drive. The clock is ticking, and that means it’s time to get it done.