A Deadly Virus Is Spreading Among Wild Rabbits and Hares. Wildlife Agencies Are Calling on Hunters for Help 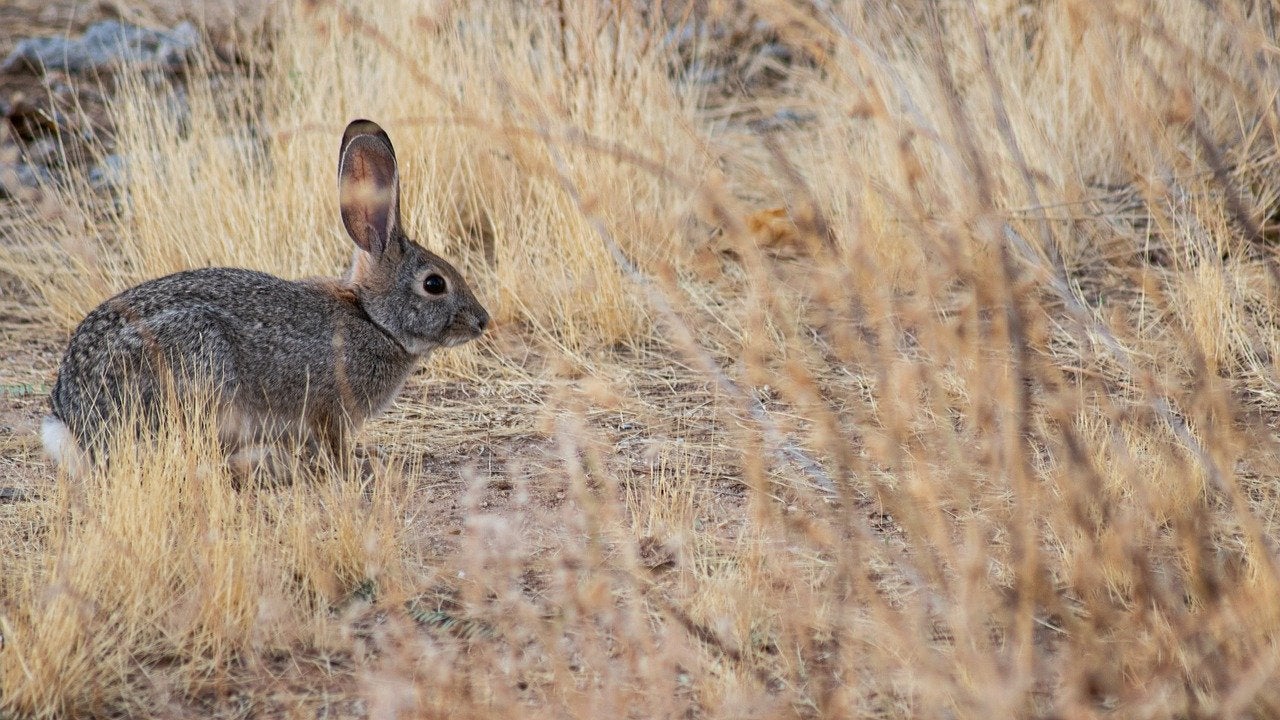 A deadly disease is infecting wild rabbits and hares in the Southwest. Paul Ramsay via Pixabay
SHARE

State wildlife departments across Texas, New Mexico, Arizona, California, Nevada, Utah, and Colorado are working to manage a highly contagious disease that’s killing wild and domestic rabbits and hares. Rabbit Hemorrhagic Disease Virus Type 2 (RHDV2) is not transferrable to humans or other animals, but it poses a serious threat to wild rabbit populations. Hunters are being asked to identify diseased rabbits and notify game officials when they find them.

The first noticeable outbreak of Rabbit Hemorrhagic Disease Virus occurred in China in 1984, but the disease is thought to have originated in Europe. It has spread in Australia and Europe for a decade. The original strain of the virus was not known to affect native North American rabbits, but the first positive RHDV case in the U.S. was a domestic rabbit in San Juan Island, Washington, in December 2019. The Washington State Department of Agriculture issued a bunny quarantine to prevent the spread of the disease.

The latest strain, RHDV2, does infect wild rabbits and was first identified in Arizona in March. It has since spread across state lines through the entire Southwest. Texas reported its first rabbit casualties in April in the panhandle region. Areas that have been hit by the virus have identified more than 50 dead rabbits.

“It can be spread through direct contact or exposure to infected rabbit excretion or blood, so rabbits coming into contact with one another,” says Travis Duncan, Colorado Parks & Wildlife public information officer. “It can also survive and spread from carcasses, food, water, and any contaminated materials. People could potentially spread the virus indirectly by carrying it on their clothing and shoes.”

RHDV2 can spread internationally and trans-nationally through rabbit parts purchased over the internet, carcasses transferred across state lines, and poorly cleaned gear. The virus can be spread from any part of the animal. Biologists recommend disinfecting rabbit hunting equipment with a 10 percent bleach and water mixture to prevent the spread. The Environmental Protection Agency and USDA have assembled a list of over 100 disinfectants that are effective against RHDV2.

The Texas Parks and Wildlife Department is asking hunters to double-bag carcasses and deposit them at a landfill. It is essential to avoid tossing rabbit carcasses back in the woods, where they could infect more rabbits.

It’s important to note that biologists “aren’t discouraging rabbit hunting by any means.” Rather, they are asking hunters to stay vigilant to prevent the spread. So if you spot a rabbit carcass, contact your state wildlife agency.

If rabbit populations crash in regions around the country, there could be negative impacts on a variety of species. In the absence of rabbits, Oldenburger says, predators will “prey switch,” often opting for deer or pronghorn fawns.

“Rabbits are both mammalian prey and avian prey, so there could be more predation on other bird nests or on other mammals,” Oldenburger says. “It’s just like, you take food out of the refrigerator and selection gets tougher. It’s kind of the same concept.”

On the upside, Texas has not had any known positive cases since June. This may be in part to the extreme drought during the same time frame, which biologists hope has slowed the spread. But in the past month, the virus has spread into northeastern Utah and Wyoming. There is no treatment for the disease, but there is a vaccine currently in the works in Europe.