My father introduced me to both turkey and deer hunting—but it was turkey hunting that really took a deep hold... 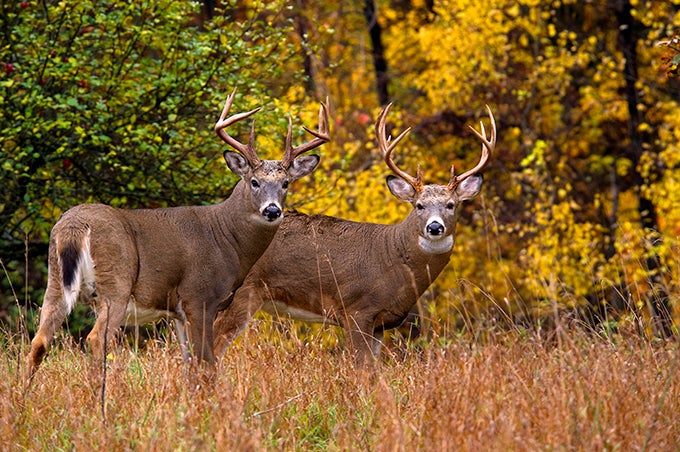 My father introduced me to both turkey and deer hunting—but it was turkey hunting that really took a deep hold on me. He’d always puzzle over this glitch in his oldest boy’s personality (my brother Dave hunts only deer), as if I’d let him down in some way.

I was hunting fall turkeys high on a ridge behind our house a week before deer season when I suddenly saw a buck moving slowly down in the hollow. I watched from above. Handsome head, bragging rack, big body, and the crouched stealth of a bird dog slipping through thick cover, surely a shooter: a rare survivor of the “brown it’s down” mentality in my deer hunting community of north-central Pennsylvania.

After the buck passed, I carefully inspected where he’d been. A well-worn, coffee-black trail full of muddy tracks stretched through the laurel and bramble hell—a kind of tunnel. This buck had used it plenty. I told my dad the news. He asked me several times how it came through the woods, what it looked like. On opening day, he rose early and hiked the hill to the top.

In the distance, noon by then, he heard a shot. He readied himself. This could mean that deer were moving his way. And then he saw the buck—hurrying toward him. He raised his rifle, found the target, and fired. “I thought I missed him clean,” he said, savoring the
punch line of his story. “But when I went down the hill, there he was.”

He mounted the 9-point. For years, it hung in his trophy room. His grandchildren—Dave’s boys, who hunt deer—have admired it. I’m still not a whitetail hunter, but this past spring, my dad, now 80, gave me the buck mount. It proudly hangs on my Maine cabin wall—his gift to me, as it was mine, back then, to him.