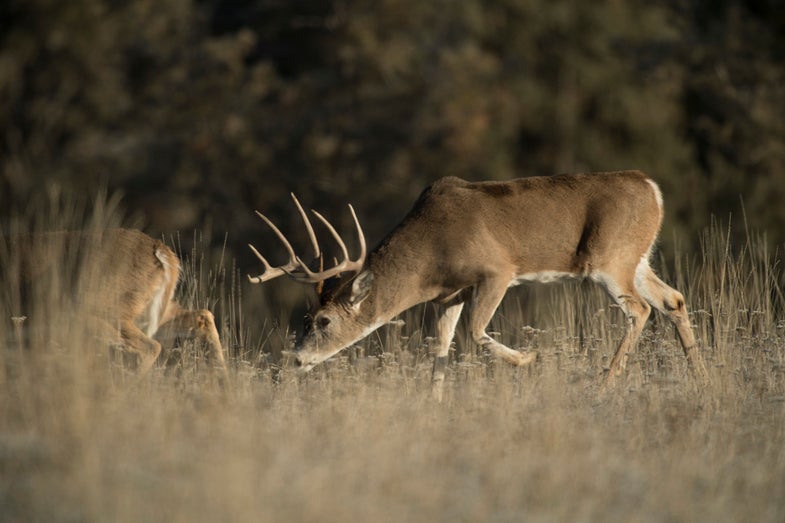 Wanderlust took on a whole new meaning in the whitetail deer woods after a radio telemetry study found that a Missouri buck traveled 8.5 miles per day, logging nearly 200 miles in just 22 days, during the 2017 rut.

The University of New Hampshire published the study in the journal Ecology and Evolution. Researchers analyzed data from GPS radio collars from over 600 Missouri deer. One mature buck stood out for its length and duration of travel, covering almost 200 miles. The deer crossed a large river seven times, one major interstate, and eight smaller state highways.

To confirm the record findings, researchers scoured scientific literature. The buck, known as N17003, traveled by far the longest distance—more than 108 miles longer than any other recorded rutting adult buck.

“Deer are one of the most abundant, well-known, and intensely managed species of wildlife in the United States,” said Remington Moll, assistant professor of wildlife ecology and lead author of the study. “So to make this discovery despite deer being so well studied is pretty surprising.”

According to researchers, the finding has important implications for population management and the transmission of disease, especially chronic wasting disease.

“At first we thought this extraordinary movement was an error,” says Moll. “It looks like someone took the GPS collar and drove across the state of Missouri.”

Read Next: The Science Behind Deer Movement Can Help You Kill a Good Buck This Season

The deer roamed a distance equal to that between New York City and Baltimore.

Also surprising to biologists is that unlike juvenile males that travel widely seeking breeding opportunities, adult males tend to stay closer to a home range.

N17003’s travels also were faster and more directional at night than during the day. N17003’s journey occurred during the 2017 hunting season.

“We call this a rare event, but we haven’t been putting collars (on deer) for that long, and not in these large numbers,” said Moll. “It’s entirely possible that it could be happening with greater frequency than we’ve known.”