By the time Larry Seyller reached Las Vegas and the Safari Club International convention earlier this month, he was exasperated.... 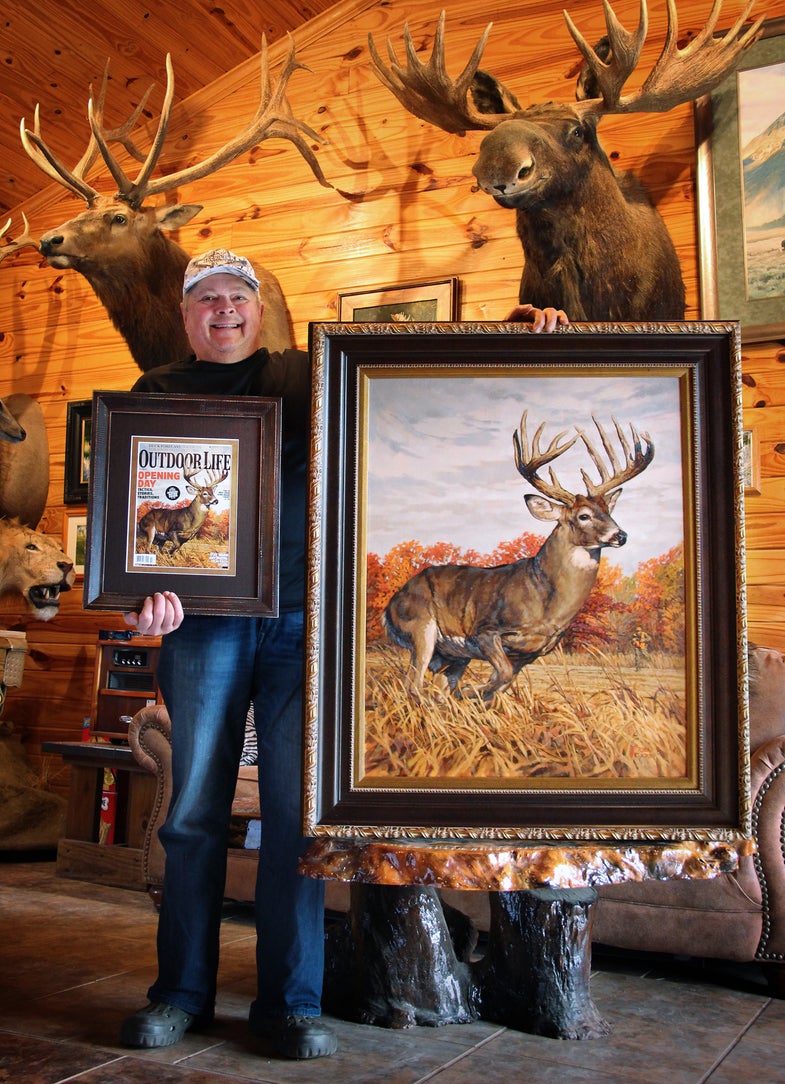 By the time Larry Seyller reached Las Vegas and the Safari Club International convention earlier this month, he was exasperated. His trusted companion on the long flight from South Carolina was simply MIA. Gone. Never to be seen again. He’d left his October 2014 issue of Outdoor Life in the airplane seat pocket.

A 45-year subscriber, Seyller had become enamored with the issue, but especially the cover: an illustration of a sprinting monster whitetail commissioned by Outdoor Life editors and painted by wildlife artist Ryan Kirby. As a lifelong hunter, the image simply hit home.

“That cover tells a story—an unfinished story,” says Seyller. “Is the hunter coming out of the woods in the background going to get his buck or not? That guy could be me—or it could be anyone else.”

Whether you call it chance, destiny, or kismet, just a week later Seyller would be reunited with his all-time favorite OL cover. This time, however, he’d make sure that it would never again slip from his grasp.

But first, there was a bit of domestic negotiating to do.

“Susan and I have been married for 45 years,” says Seyller. “We were chemistry lab partners in high school. We consult each other regularly when it comes to big purchases, which is probably why we’ve been married so long. Well, I tried calling her three times but she didn’t pick up. Someone else was going to buy the painting so I ran out of time and bought it. She thought I’d gone crazy. I did have to convince her that I hadn’t had a single thing to drink when I bought it, but it’s a hell of a painting and Ryan is one hell of an artist.”

“Running and Gunning” now takes up the most prominent place in Larry Seyller’s trophy room. A life’s worth of trophies and 38 other original wildlife oil paintings hang nearby.

“And there’s not one landscape painting in the bunch,” he says. “You can’t relate to a tree.”