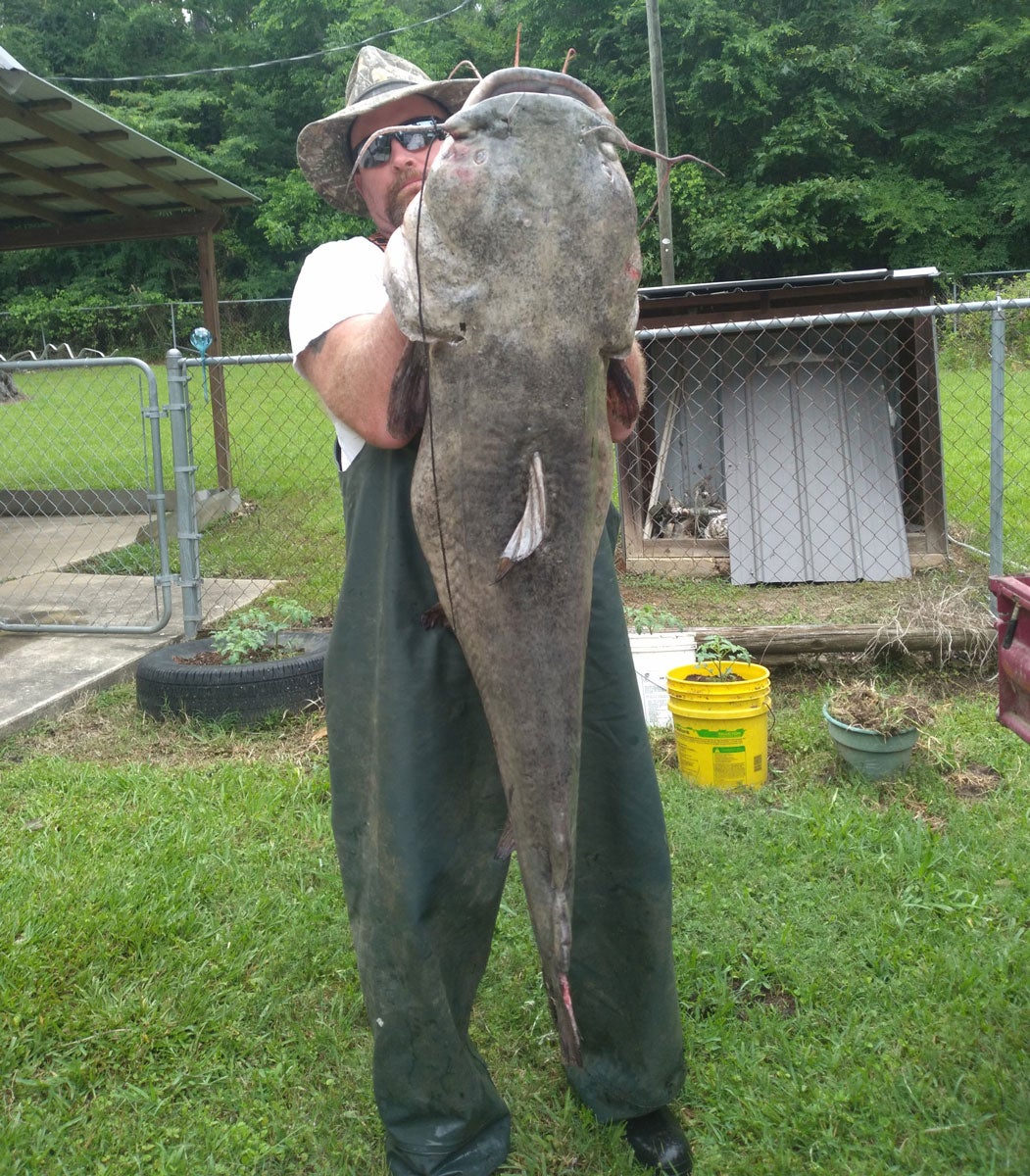 At nearly 6-feet tall and 240 pounds J.R. Watson of Converse, Louisiana, is a big man. But it was all he could do to boat a massive catfish almost as big as him while running a trotline on sprawling Toledo Bend Reservoir, which straddles the Louisiana–Texas border.

“When I saw what it was, I panicked,” Watson, age 42, told the Toledo Bend Lake Country News. “I knew the fish would hardly fit in my net, and I was out there in a little Pelican 10E plastic pontoon boat.”

By hand, he slowly worked the fish on the trotline, pulling in the line a foot at a time.

“I just kept playing it and wearing it down,” he said. “Finally, I got its head into the net, and I just lunged over the side of the boat and grabbed the other side of the net and pulled it into the boat.

“When I leaned over to cut the line (to the fish), I looked down and the black seam (where the two halves of the plastic pontoons are joined) was underwater. I knew if that seam was underwater, water was getting into the pontoons.”

Read Next: 3 Ways to Catch Big Catfish Without a Rod and Reel

After he cut the trotline, Watson scooted as much gear and fish as he could to the other side of the boat to balance the weight.

“I left its head in the net, because I knew if it started kicking it would knock me, my seat, and everything out of the boat,” he said.

Pelican boats are reportedly unsinkable, but Watson didn’t want to test that theory.

“The head of that fish was as wide as my chest,” he said. “I told my wife that I’d have been upset if I had to throw back my fish to save my boat.

“She said, ‘You would have sunk that boat before you turned that fish loose’.”