The 13-point, nearly 160-inch deer, stepped out in the same spot where Lane Cox took a giant buck two years prior 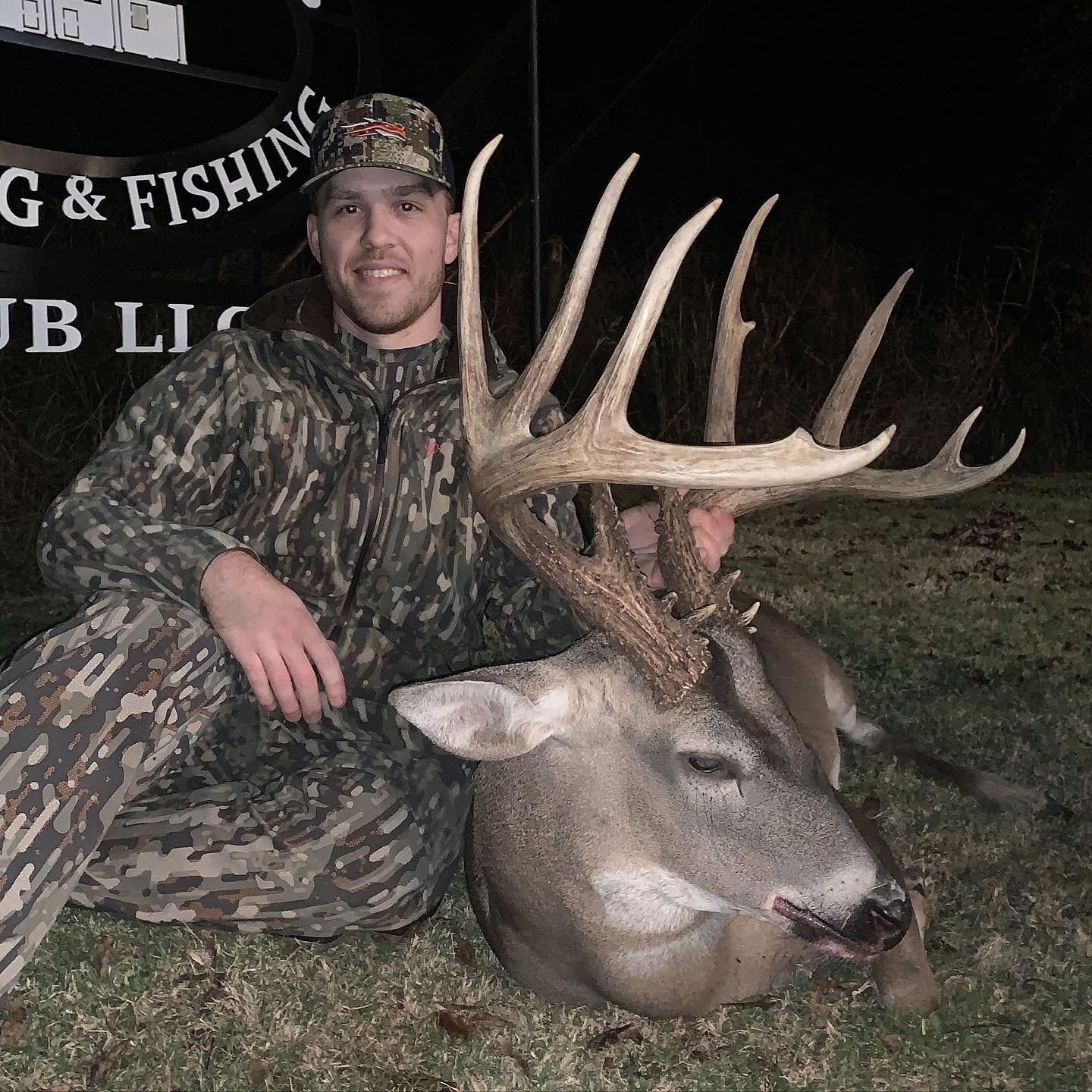 The fertile, rich delta region of Louisiana is known to produce some heavy-racked whitetails. Lane Cox, 27, knew the box blind he was hunting the afternoon of Nov. 22 also has a history of producing some big bucks.

Just two years prior, he’d shot a giant whitetail from the same blind, located on a hunting club north of Natchez, near the Mississippi River. The spot overlooked a large field next to a bedding area with tall grass. It was a prime place for Cox to take a buck that he and others in the club had seen the previous season.

“We had a bunch of trail cam photos of a great buck we’d seen during the 2020 season, but we couldn’t get a handle on exactly where he was this year,” says Cox, an agricultural irrigation salesman. “Last year, the buck broke off a point while in velvet, so we passed taking him, hoping that in 2021 he’d be better with all his points.”

Cox believed the buck was bedding during the day in a large patch of 10-foot-tall grass, and would move around in late afternoons coming to a field to feed and look for does. The place he focused on that afternoon was a well-used trail coming through the grass and into the field. It was the same area where Cox had shot a heavy buck two years previously.

Read Next: Louisiana Crossbow Hunter Couldn’t Afford a Deer Lease. Instead, He Tagged a Giant Buck From His Backyard Porch

Cox raised his Christensen Arms Mesa rifle, chambered in 7mm Remington Magnum, settled the crosshairs behind the buck’s shoulder, and fired. The deer crumpled and never moved. The 5.5-year old buck has 13-scorable points, and one broken tine, with a green-gross score of 157 7/8-inches.

“He was in great shape, but weighed only 186 pounds, when usually a mature buck here is 230 pounds or so,” said Cox about his buck. “But he’s a great deer, and I’ll be glad to get the mount back from the taxidermist.”