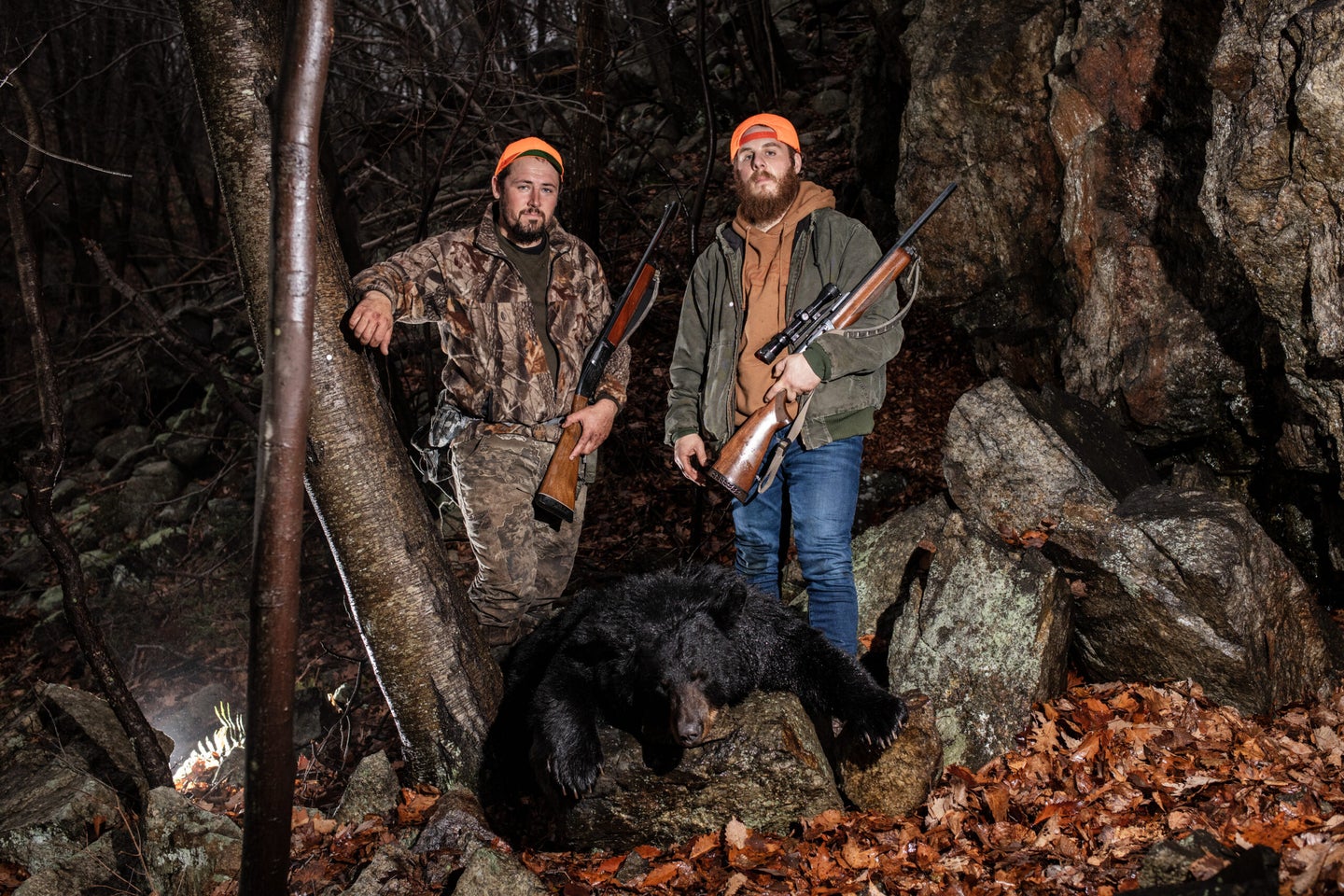 Photos From the New Jersey Bear Season, the Highly Controversial Hunt That Wasn’t

THE NEW JERSEY bear hunt was expected to be protested and reviled. It was framed by anti-hunting groups as a bloodbath waiting to happen and the worst kind of trophy hunt. But when it was finally underway, the New Jersey bear season, which is the first the state has hosted since 2020, turned out to be a quiet little hunt in which a few thousand licensed hunters killed 93 black bears in an area that’s known to have one of the densest bear populations in America.

So far, 6,268 bear permits have been issued. The New Jersey Department of Environmental Protection estimates there are more than 3,000 black bears in the state, of which 184 have been captured, tagged, and released by wildlife officials. The DEP hopes hunters harvest 20 percent of these tagged bruins. The harvest rate is currently just 6 percent, however, and the state reopens bear hunting Wednesday to give bear hunters another four days to tag a bruin. New Jersey hunters cannot use hounds to chase bears and they cannot hunt over bait. Most hunters wait for bears from tree stands or blinds, still-hunt through the woods, or run small bear drives in the timber.

Even though the hunt was initially delayed because of a lawsuit filed by anti-hunting groups, the protests at check stations and general outrage seen in previous bear seasons have been mostly absent this year.

“It seems like most of the battle was in the court,” says Adam Paladini, the New Jersey Backcountry Hunters and Anglers chapter chair. “Maybe the anti-hunting groups weren’t able to mobilize. Or maybe the impartial public has just gotten used to the idea of the bear hunt by now.”

Paladini lives in northwest New Jersey, the core area for the state’s bears and bear hunting. The region is a mix of wooded neighborhoods, subdivisions, farmland, and forested foothills. It’s less than 50 miles from New York City. The residents here live alongside a thriving bear population.

Paladini has had his shed doors ripped open by a bruin in search of garbage. He and his neighbors are constantly capturing bears on their home security cameras. The New Jersey Fish and Game Council said in November that residents were in “imminent peril,” and they reported a 237 percent increase in bear complaints over the last year.

New Jersey Governor Phil Murphy, who is responsible for ending bear hunting in the state, changed his position and endorsed the 2022 season, framing it as an issue of public safety.

“From the data we have analyzed to the stories we have heard from families across the state, it is clear that New Jersey’s black bear population is growing significantly, and nonlethal bear management strategies alone are not enough to mitigate this trend,” Murphy said in a statement. “Every New Jerseyan deserves to live in communities in which their children, families, and property are protected from harm, and while I committed to ending the bear hunt, the data demands that we act now to prevent tragic bear-human interactions.”

True black bear attacks in this region are extremely rare, but they are not unheard of. In 2014 a Rutgers University student hiking in the northern part of the state was killed by a bear. In October, a 10-year-old boy was mauled by a black bear in Connecticut while playing in his grandparents’ backyard.

“We were very happily surprised when the governor changed his mind,” says Wade Stein, the president of New Jersey State Federation of Sportsmen’s Clubs, which represents 150,000 members.

Stein and Paladini are both looking forward to a hearing set for Jan. 18 in which the public will be able to comment on a proposed 2023 bear hunt. They’re hoping that hunters show up and that this once-controversial hunt becomes not so controversial after all.