The Secrets Of Signpost Rubs 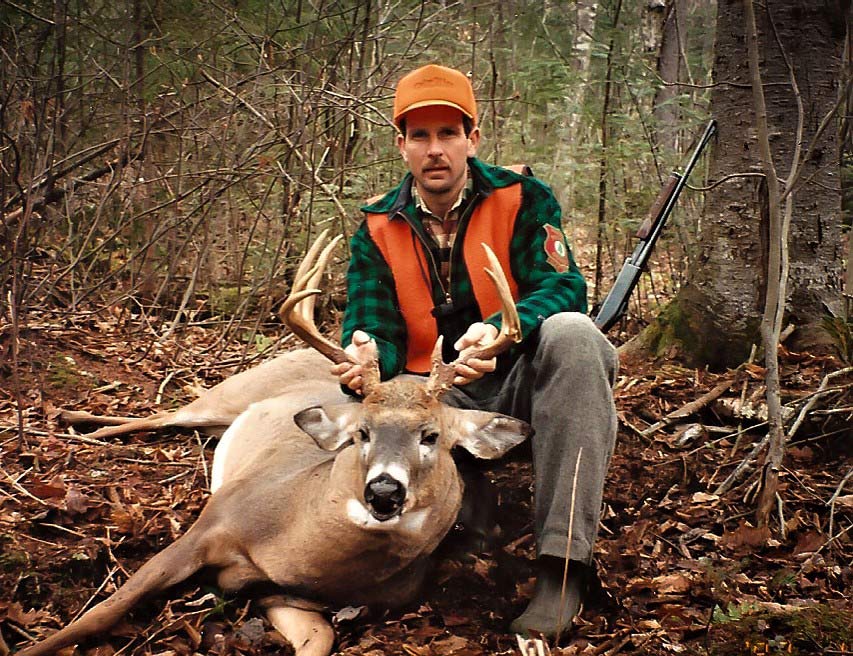 When I first began hunting whitetails in the big woods of northern Maine more than 50 years ago, I made a discovery that continues to impact my deer hunting to this day. Whereas scrapes attract much attention from deer hunters and experts, I find rubs—or more importantly signpost rubs—to be the true key to learning the whereabouts of big bucks and how they move through their territories. So what are signpost rubs and how do you find them? The simple answer is that signpost rubs are rubs that bucks use each year. However, there’s a lot more to these visual and olfactory cues.

Every season, one of the earliest bits of deer sign to show up in hunting areas across the country are buck rubs. Deer hunters are capable of locating this sign with little difficulty since they are seemingly scattered haphazardly throughout the woods and on all different types and sizes of trees in late summer. These are what I call common rubs. A common rub can tell you a few things about a buck. First is the direction the buck was traveling when he made it. Number two is what size the buck might be. Typically, the larger the tree that is rubbed, the bigger the buck that made it. Number three is what a buck might have for antlers. A tree’s bark that is shredded deeply into subsurface layers, for example, indicates the presence of an older animal with jagged burrs. Tine marks above or behind the rub suggests that the buck has long beams or tines. These rubs are made each year on different trees and are the most common. They are made out of aggression.

Signpost rubs, however, serve a different purpose. Bucks create and revisit these rubs in order to leave their scented calling card. Some of them are made and used by an individual buck while others are used by several deer. Sometimes there will be a small area with several signposts within sight of each other. These are areas where different bucks’ territories overlap—and can be key to your hunting strategies.

A signpost rub is usually started on a small tree sometimes as small as an inch in diameter. The buck that starts this rub will continue to rub it every year until he dies or he kills the tree and moves on to another. As he rubs, he deposits scent on it from his forehead glands. This is a buck’s way of saying: “This is my territory.”

All animals communicate through scent and deer are no different. Another buck may place his scent on the same signpost or may choose to make his own signpost nearby. Young bucks following mature bucks will also interact at a signpost. That is how they learn the territory as they mature. Does will visit signpost rubs, too, in order to see what particular bucks are around. Each spring the tree heals itself by growing around the spot rubbed bare. The next fall this new layer of bark will get rubbed of and the cycle continues. This is the visual cue you need to know if you are looking at a signpost rub. You will actually see the growth rings in the tree. A signpost no matter how big it is will usually be flat on the rubbed side to center of the tree, indicating that it has been rubbed since it was small.

I have found signpost that have been rubbed for decades and have one in my mancave that the beavers cut down, that has 80 growth rings. Since it is rubbed to the middle of the tree, I estimate that it has been used for at least 60 years. I have found signpost areas that have old dead signposts as well as live ones scattered about. That is why I say that signposts are the most important buck sign. Generations of bucks have used these same areas and will continue to do so.

Not to be confused with moose or bear sign, a signpost will be the same hight as a regular deer rub—2- to 4-feet off the ground. Bears mark their territory, too, and reach as high as they can reach by biting the tree. Bull moose rub their antler 3- to 6-feet off the ground, but never signpost them. Moose leave scent by rubbing their necks but you dont see them.

When I first started guiding deer hunters around 1990, I used my clients to help me gauge the usefulness of signpost buck rubs in my hunting strategies. One of my early hunters was a young man from Pennsylvania. I had found a signpost area about a half mile back in a cedar bog. It was remote country that we had to access by boat. I told him that I wanted him to sit there from daylight to dark for the whole week—and he agreed. Well as it turned out, he didn’t have to wait that long. I walked him back into the stand which was a large mossy boulder with fir trees growing on it. At 11 a.m. I heard him shoot. When I walked back in to see what had happened, I saw the biggest buck that I had ever seen at that time laying on the ground. The buck field dressed at 245 pounds and gross scored 184 inches. From then on, many other clients have filled their tags hunting over a signpost rub.

So How Do You Find Signpost Rubs?

Locating a signpost is no easy task. There are millions of trees in the woods and you are looking for a few. The key is to know what type of tree that signpost rubs are made on and where they grow. My observations over the years is that bucks will choose a tree that is not common to a particular area, but will hold scent well. In the northern forests of Maine, New Hampshire, Vermont and the Adirondacks of New York, bucks will utilize black ash trees 99 percent of the time. This is true of Quebec, New Brunswick, and Nova Scotia as well. Commonly called brown ash in the northeast they will grow in wet areas such as cedar bogs, near slow moving streams, and spring seeps. Knowing this make finding them a lit easier that wandering around the woods aimlessly.

If I find brown ash, but can’t locate signposts, I’ll walk a stream or brook where it transitions from hardwood to softwood. I can cover a lot of ground in a short period of time and keep moving until I find what I’m looking for. If I walk spring seeps in the mountains and find a brown ash tree, I will follow the seep down as the seeds flow downstream in the water.

Although black ash is prevalent in northwestern Ontario where I have hunted numerous times, I have never found a signpost on a black ash tree there. The tree of preference seems to be willow. The only reason I can think of is that willow is a lot less common there. Once in a while I find them on red pine there. The willow grows in wet areas as well and I look for them the same way as I would for brown ash. In southern New England as well as throughout the South, signpost rubs are more prevalent on red cedar, hemlock, and white oaks. They all have a soft bark, or they are the least common trees. No matter where you hunt, there should be signpost rubs somewhere in the woods. The only exception is in areas where younger age-class bucks make up the bulk of the population. A buck must live long enough to create a signpost in the first place.

Once I’ve located one signpost rub in an area, the next step is to try and find more of them. I’ve found signposts within sight of each other along a wet run of a quarter of a mile or more. In other places, they may be a mile or more away. I try to connect the dots within an area by trying to figure out how a buck travels from one to the next. Keep in mind that not all of the bucks in any area will use all of the signposts. How a particular buck travels throughout his territory determines which he will visit. With the advent of the trail camera, it is easier to figure this out. I have trail camera photos of as many as 5 different mature bucks using the same signpost. Connecting the dots is figuring out how bucks get from one signpost to another. Once you do that, then you will have a good idea of the best places to hunt.

Read Next: 10 Critical Clues to Find Giant Bucks in Your Woods

Using Signposts to Your Advantage

Whether you are a stand hunter, still hunter, or tracker, you can use signpost rubs to your advantage and are probably the best all around place for a stand. You will probably see fewer deer than in other places, but when you do see one there is a good chance that it is a mature old buck. Make sure you find out how the bucks are coming and going there and set up your stand for the prevailing wind.

Signpost areas are a great place to still hunt as well. By still hunting around signpost rubs—moving from one to another—you are keeping yourself where a buck is most likely to be traveling as well. I will move along steadily when hunting between the dots and then slow down and spend more time once I’m near a signpost. I was still with a client one time and as we were near an area that had several signpost rubs, we stopped to look at a scrape. It was one of those warm days with crunchy leaves so I decided we should sit for a while. As we moved toward a little bluff, a buck bounded out of the brush on the far side of the ravine. When I walked down to see where he had been, I discovered that he had been rubbing one of the signposts. If only we had been there a little sooner.

Once the weather transitions into winter, I incorporate my signpost strategy into my snow tracking plans as well. When there is snow on the ground, I’m going to be tracking an old buck, so I travel from one previously located signpost to another with the hope of cutting one of those toe-dragging buck tracks. It is by far the best way to learn a mature whitetail’s territory and unlock the secrets to the bucks that roam it.