How I Ate The World Record Buck

As outdoor magazine editors, too much of our time nowadays is spent chasing rumors–especially when it comes to giant whitetails.... 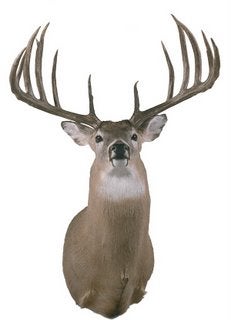 As outdoor magazine editors, too much of our time nowadays is spent chasing rumors–especially when it comes to giant whitetails. But I could tell instantly that the rumor I received on a November night in 1993 was different.

On the other end of the phone was former Outdoor Life hunting editor Jim Zumbo.

“I’m hunting whitetails up in Saskatchewan,” he said breathlessly. “I just got word that a guy near here just shot the new world record whitetail. It’ll beat the Jordan Buck. Do you want me to chase the story.”

With editor-in-chief Vin T. Sparano laid up in the hospital having his hip replaced, the responsibility of a rather huge decision fell on me.

“Ummmmmm……hell yes, Jim,” I told him. “Do what you’ve got to do, but get that damn story…and pictures!”

Back then, few hunters laid claim to “world record buck” title because no one ever thought that the Jordan Buck would ever be beat. That’s what made this story so delectable.

To make a long story short, Zumbo sped to Milo Hanson’s house to get the interview and the rest, as they say, is history.

“Jim,” I said, “tell him to bring along a piece of meat–a chop, a rib, jerky, anything. I want to taste a piece of the next world record whitetail.”

The silence on the other end of the phone spoke volumes.

When Milo, his wife and Zumbo walked through my hotel room door on the first night of the SHOT Show, I was bowled over by Hanson’s manner. He was a deer hunter–one of us and nothing more. He never laid claim to being a deer-hunting hero, but rather insisted that he was just lucky to be in the right place at the right time. Even then his point of view was refreshing.

Later that evening, while decompressing from the day’s events at a local watering hole, Zumbo asked for our impressions.

“Couldn’t have happened to a nicer guy, Jim,” I started. “But how awesome would it be to eat a piece of that deer?”

That’s when Zumbo reached ceremoniously into his inside jacket pocket. He pulled out a folded piece of paper towel.

“Gentlemen,” he pronounced. “I give you the next world-record whitetail!”

I could hardly believe my eyes as he unfolded that napkin. Inside was a thin sliver of venison pepperoni. BUT it came from the Hanson Buck!

With the care of a brain surgeon, we sliced that single piece of pepperoni as if it were a pizza pie, raised a glass to Milo Hanson and the Hanson Buck and ate a piece of the world-record whitetail.