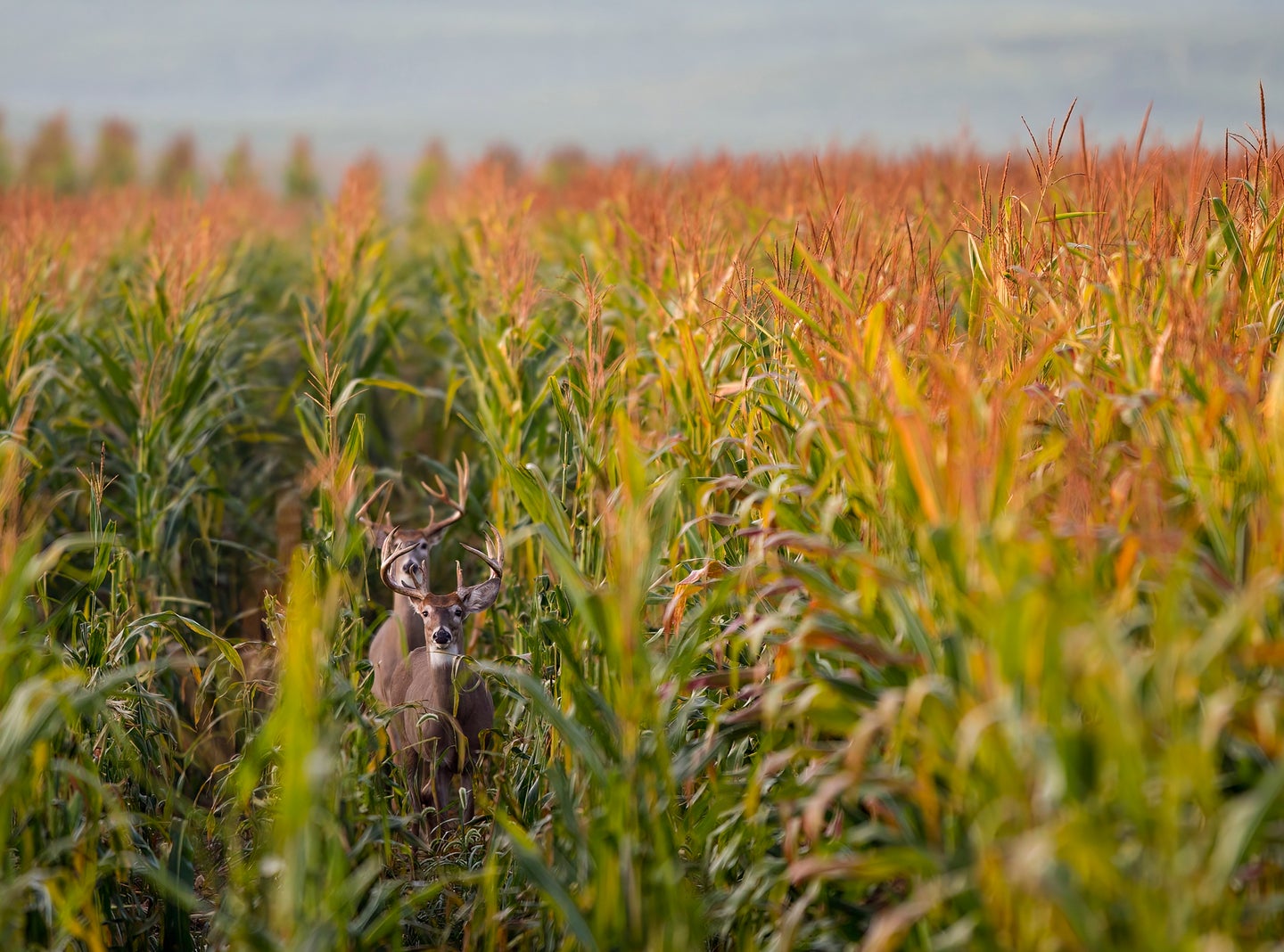 Whitetails captivate hunters from the heartland to the wilderness. Lance Krueger

Whitetails Have Always Ruled the World, and Our Hunting Culture

ARCHAEOLOGISTS have cleared thousands of years of dirt from some of the most surprising deer camps ever discovered: ancient villages in the ­Andes Mountains. They found ceramics, tools, and, most interestingly, the bones and antlers of whitetails.

The archaeologists deduced that deer were the most important source of protein for Indigenous hunters who lived in what is now Colombia, but they also noted these dinner scraps were not evenly distributed. The neighborhoods of the most powerful and wealthy villagers held the bones corresponding to the most desirable cuts of venison.

These days, whitetail backstraps are more equitably distributed. You’ll find them sizzling on charcoal grills in mobile home parks, marinating on granite countertops, and spitting over campfires on public hunting land. You could argue that the whitetail is more important to human hunters today than at any point since the two first met more than 20,000 years ago, since both species are now more abundant than ever in North America.

And that’s what makes the whitetail America’s game animal. It lives where we live, and it is available to all of us. You don’t have to fly on a floatplane, draw a coveted tag in a lottery, hire an outfitter, or train your body to hunt whitetails (though you can do all those things to hunt whitetails if you choose). Whitetails are not dependent on careful conservation efforts to maintain huntable numbers. In fact, they are so resilient that we must sometimes reduce their numbers for the optimal health of herds, forests, and other wildlife.

Hunters deserve praise as stewards. Annual harvests show that we’ve learned the importance of taking roughly as many does as bucks. On the buck side, harvest pressure on yearlings has been on a slow decline for decades, yet overall buck harvest numbers are not lower. We’ve just shifted the age distribution. According to the National Deer Association’s most recent Deer Report, yearlings accounted for only 28 percent of the 2019 buck harvest, a record low. On the flip side, bucks 3 1⁄2 years and older accounted for 39 percent, a record high.

Truth is, our modern deer harvest is moving toward a balanced representation of deer sexes and age classes. That’s a healthy sign for deer herds and deer hunting in America.

On this continent, our hunting culture revolves around whitetails. More Americans pursue whitetails than any other species. Our love for them borders on obsession, which sometimes gives rise to the dark side of deer hunting: privately owned breeder bucks forced to produce grotesque antlers for profit; efforts to take the science out of deer management so politics can step in; and buck-​­shaming on social media. Without a doubt, there are downsides to deer-hunting culture when ele­ments of our passion get taken to the extreme.

But still, the good far outweighs the bad. The abundant, adaptable whitetail is thriving in the suburbs, where a new wave of adult hunters sees them as a natural, sustainable source of local protein. And despite this abundance of deer, we are no less fascinated by them.

I was 12 years old when I first hung my own deer stand and hunted it on my own. I’d been hunting with and learning from my dad for years, and I felt proud when he agreed that I was ready. I chose a location I liked, put up a ladder stand, and later returned for my first afternoon sit. Not long into my hunt, I spotted what looked like the shape of an ear, maybe a head. Was that antlers? My heart rate quickened. I slowly moved my rifle to get ready, and I watched. Minutes went by, and the shape didn’t move. Eventually, I moved my head slowly to scan other parts of the woods, then looked back. The deer was still there. As the sun slid out of view, the illusion made of leaves, branches, and shadow dissolved. I climbed down when it got dark and walked home knowing that I had not, in fact, seen a deer. But that wasn’t important, really, because I could have seen a deer.

Forty years later, I see deer almost every day in my neighborhood. But when I climb into a deer stand, I still feel that rush when I spot a silhouette that turns out to be leaves and branches, or when I hear a heavy step in the leaves that turns out to be an armadillo.

Read Next: Deer Rule the World: The Latest Digital Edition of Outdoor Life Is Here

That’s the allure of deer hunting. The economics, conservation issues, debates over access, politics, antler ­worship—​none of it matters when you’re alone in the woods and you see (or think you see) a deer. In that moment, you’re on equal footing with the prehistoric hunter who watched a whitetail, felt their heart thumping in their throat, and readied a weapon.