It’s been a couple weeks since I’ve made anyone curse my name. I suppose that’s a streak I should now... 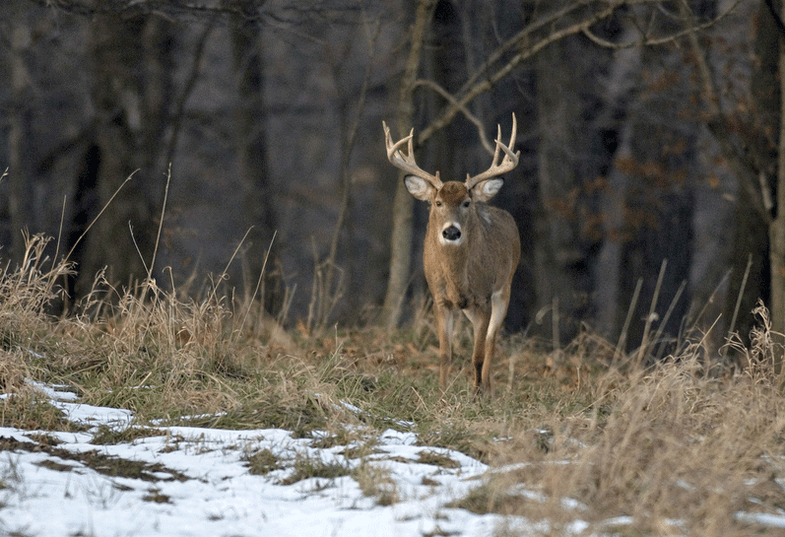 It’s been a couple weeks since I’ve made anyone curse my name. I suppose that’s a streak I should now end. We’re going to talk about leasing.

I understand why there are those who consider the term “lease” to be a four-letter word when, in fact, it contains five letters. I just don’t necessarily agree that it’s an evil in all forms.

Land isn’t cheap and ownership is a costly endeavor even after the payments are made. Why is it that we seem to expect that access to use the benefits and resources of that investment should be at no cost?

I’m not talking about the notion of outfitters snatching up every available acre in a neighborhood and shutting out local hunters. That’s a different topic for a different day. What I’m talking about is the option of leasing hunting rights to a parcel as a method for enjoying the type of hunting experience that I most enjoy.

I realize I may look at leasing – and what constitutes an enjoyable hunting experience – differently than others. So let’s start with what it is that I’m looking for when I hunt.

That’s it. I feel that if I can find an area to hunt where hunting pressure is limited, I’ll be hunting older bucks and deer that behave in a manner that affords me a decent chance of success.

I apply this limited pressure mandate to every piece of ground that I hunt – regardless of location, parcel size or ownership type.

When hunting public land, I don’t look at the size of the parcel. I look at the potential for limited hunting pressure.

By default, private land is generally going to offer less hunting pressure than public, but not always and I’ve found a number of public hunting areas that I’d hunt even if I had access to private land in the area. They’re that good.

As the season winds down, this is the time of the year when I find myself thinking about next fall and researching options for new places to hunt. Lately that search has included more consideration of private land leases than before. Why? It’s simply a function of time.

Time is my biggest hurdle to overcome each fall, and I don’t see that changing much in the near future. Limited time to hunt means limited time to scout, to research, to learn. Public land is a great resource and I love hunting it. But in some instances, the time and effort it takes to do it properly adds several days to the amount of time required for a successful outing.

I knew I would have less time than ever coming into this fall and so I decided to do what I could to maximize it. I decided to secure a private land lease in Ohio.

Being just a few hours from my home in southern Michigan, Ohio is an obvious out-of-state destination. I’ve hunted there a number of years and the state boasts some outstanding public land options. But those options require significant time and effort to hunt correctly. I’m not afraid to put the work in, but with limited days to hunt I simply didn’t have the time it would take to do it right, and so I secured a small lease of 40 acres. The property is covered in timber and is part of a substantial piece of roadless property that’s also primarily covered in timber.

While 40 acres isn’t “small” by my scale, the hilly terrain in the region does make it hunt smaller than it is.

I was concerned that the piece simply wouldn’t have enough terrain features to prevent it from being lost in that sea of forest. And while it wasn’t exactly a hotbed of deer activity it did afford what I needed – I was able to hunt some decent bucks with minimal hours needed to prep. I hung a stand set at the end of September and ran a pair of trail cameras. The images from those cameras led to me moving the stands twice. The rest of the time was spent hunting. And that’s exactly what I was looking for.

Many hunters look at leasing in the wrong light. They perceive it only as a method for the wealthy to lock up big chunks of premium property, essentially turning hunting into a pay-to-play sport. And that does happen, no question. I don’t like it any more than anyone else. But leasing is also a tool that can help me to maximize the amount of time I have available each season.

My budget dictates that the parcel be small – and that also means I’m more likely to find the piece I’m looking for because many hunters simply discount smaller properties as being a waste of time.

Leasing agents are easily found online and do offer plenty of options. But I’ve found the per-acre price to be higher than dealing with a landowner directly and the options for smaller parcels are limited. That said, there is definitely something to be said for having an agent to handle all the details of the agreement and communications with the landowner.

Leasing doesn’t have to be about big acreages and big dollars. My lease was fairly priced – in my opinion. It delivered the experience I was looking for and, most importantly, allowed me to hunt the few days I had available as efficiently as possible.

And that, as they say, is money well spent.