Geometry Fishing: 3 Things That Will Help You Catch More Bass

When someone catches a fish, you might say he or she has “come full circle” in the learning, application and... 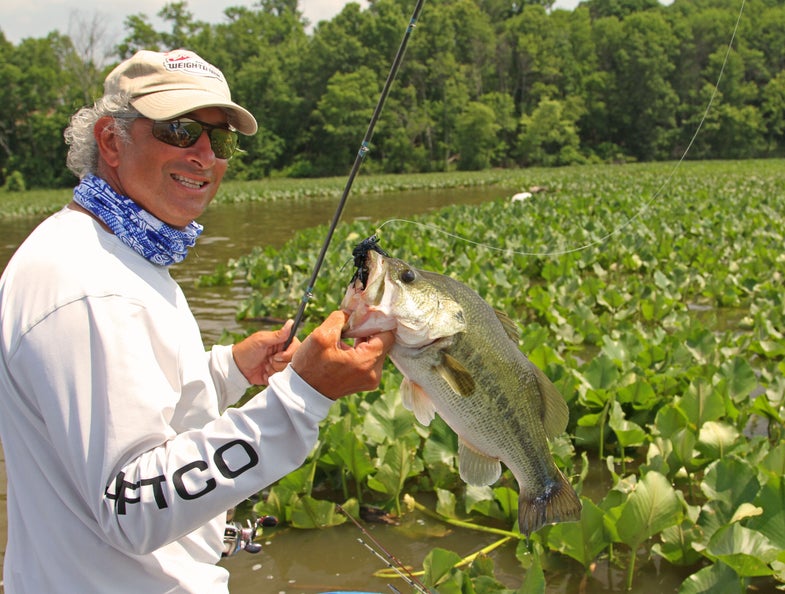 When someone catches a fish, you might say he or she has “come full circle” in the learning, application and success of the sport. Potomac bass guide Steve Chaconas does not disagree, but he prefers a different geometric allusion. He calls it the “Triangle of Fishing,” the three sides of which are as follows:

1. “The base is casting, because if you can’t make a cast, it doesn’t matter where you are, what you’re using or how good the fish are biting,” Chaconas said. “If you can’t put your bait where it needs to be, you’re not going to catch a fish.”

2. Next is lure presentation. Chaconas includes prudent selection and conditional adjustment, along with the main principle of making the lure do something that would attract a fish.

“Fishing lures don’t catch fish, fishermen catch fish – fishing lures catch fishermen,” Chaconas said. “You have to make the fish bite by doing something with the lure. That could be making a crankbait deflect off of cover, or shaking a soft plastic bait in a spot for a little while.”

3. Chaconas calls the third leg strike detection. Using a topwater as the classic example, he stresses that a big surface explosion does not necessarily ensure a hooked fish. Likewise, that bumping and tugging we feel below the surface sends a set of sensory cues that require interpretation in order to turn a bite into a catch.

“If you don’t detect the strike and set the hook at the right time, often the fish is just going to spit the bait out,” he said.

Now, with the triangle complete, Chaconas said proper rod work and a patient, thorough technique is the key to success when fighting a fish to the boat for capture or release.

I thought I’d be smart aleck and ask if this was an isosceles triangle, but Chaconas confidently said his formula is based on three equal sides.