Everything You Need to Know About How the Shotshell Wad Works 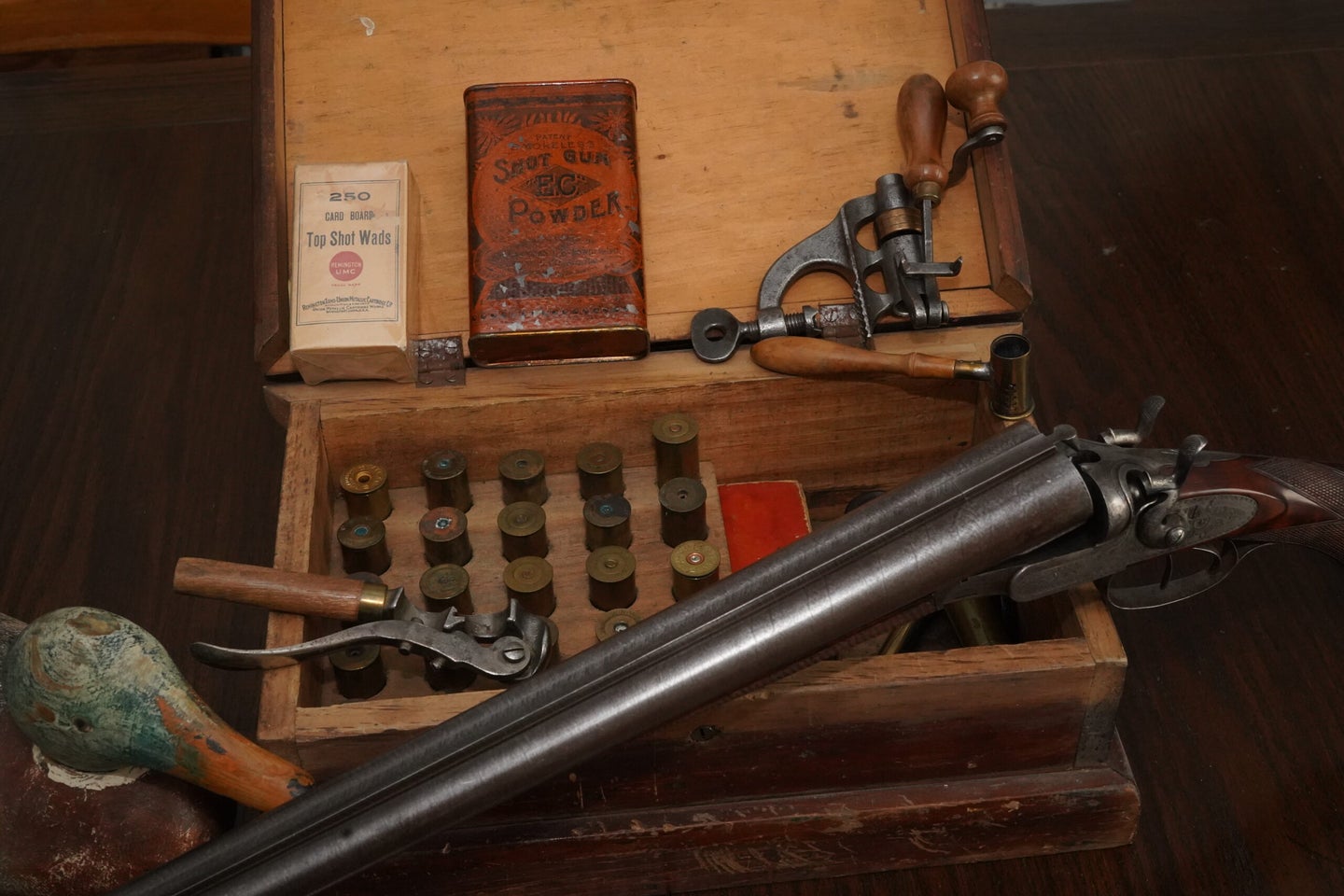 Before mass production of paper and plastic shotshells, hunters used a gunning box with the supplies they needed to reload brass hulls. John M. Taylor
SHARE

A shotshell’s wad, the formed piece of plastic, paper, or felt that holds the pellets inside of the hull, serves many purposes. It protects barrels from damage, helps cushion payloads so there is less pellet deformation, briefly keeps the payload intact until it exists the barrel, and, most importantly, separates the gun powder from the shot. Without the wad, modern shotguns could not function properly.

Like shotguns and chokes, shotshell—and wad—technology continues to evolve. And since you need a well-designed wad to break clay birds—and kill live ones—here is a closer look at the importance of wad construction and how they function.

The Evolution of Shotshell Wads

By 1870 breach-loading shotguns were in wide use and with them came loaded cartridges. The first shotshells were brass, which shooters had to reload themselves (in those days, hunters had what was known as a gunning box that kept all the supplies and tools needed to reload). Later paper-cased shells were introduced and today we have plastic hulls. The gun powder of a shotshell sits in the bottom of the hull, and when that propellant is ignited after the firing pin strikes the primer, it produces intense heat, so hot that it can melt lead pellets into useless clumps of metal. Shotshell makers had to come up with a way to prevent those gasses from seeping forward of the wad.

The earliest shells used the wad system from muzzle loaders that was not very effective at keeping payloads in tact. A hard cardboard disk was placed atop the powder. It took up very little space in the shell, so one or more felt wads were added on top of it to separate and cushion the shot charge. To hold it all together an “over-shot” wad was placed on top and the crimp rolled shut. The folded or “pie” crimp was not introduced until the 1950s and did away with the over-shot wad. This wad system did little to block the white-hot propellant gasses from deforming the shot and scrubbing against the barrel, so patterns were inconsistent.

The big breakthrough didn’t come until 1964 when Remington introduced their one-piece, plastic Power Piston wad (many credit Ronald Comerford for inventing the one-piece wad in 1958). It protected the shot from hot propellant gasses with its over-powder cup, and used another cup to cradle the shot, that, with a layer of collapsing cells in between prevented shot deformation. When steel shot became mandated for duck hunters in the 1990s, wads had to be made of thicker plastic because the steel would rub through the walls of lead wads.

How Wads Are Built

Today, companies build dozens of different plastic wads for all gauges and purposes, from hunting with hard steel shot to sporting clay wads that use softer lead shot. The most common is a traditional four-petal wad, which has four slits cut into the sides of the wad and opens from the front like a flower once it exists the barrel. There are also three-petal wads. Rear-braking wads have slits at the base of the wad. The petals open at the rear once it leaves the muzzle. The purpose of these rear-braking wads is to retain the shot in the shot cup longer for tighter patterns. Wads can also be built with a shallow or deep shot cup to accommodate different payloads, specially formulated plastics that perform better in the cold, slicker plastic surfaces that result in less barrel fouling, and more.

The most important role a wad plays is separating the gun powder from the payload. If the two mixed, touching off a round would turn your 12-gauge into a Roman candle. Powder and shot must remain apart for shotguns to safely function. Many wads also use a shot cushion between the powder and shot cup. The cushion can be a piece of cork or felt at the base of the wad. It helps keep the pellets at the rear of the payload round after you pull the trigger. When the gun powder ignites, there is a violent ignition, and that will compress the pellets in the back of the payload. Cushions also assist with sealing off propellent gasses or can be used as a shot column filler.

Read Next: 5 Top Custom Shotshells That Are Better Than Steel

How a Shotshell Wad Functions

When a shotshell is fired, the pin strikes the primer, and the pellets travel down the bore inside the wad’s shot cup. As the payload heads towards the muzzle, the pellets are under a considerable amount of compression. Not only does the initial charge of the gun powder cause this, but also the payload is being squeezed down the constricted barrel once it leaves the chamber. Without the protection of the wad, harder metals like steel and tungsten would potentially damage the inside wall of the barrel. Older shotguns with lighter steel barrel walls are not built for steel so Tungsten-Matrix, bismuth, or lead must be used. Wads also protect softer shot from deformation. If the wad was not there, the round pellets would scrape the barrel walls and become misshapen. Deformed pellets do not maintain their aerodynamics and fly off, starving the pattern of a useful killing shot.

The wad also seals off any gasses from traveling forward of the shot charge when the gun is fired. The gun powder produces white-hot gases after ignition. If any of those were to seep into the payload they could fuse softer pellets, again robbing the pattern of useful shot. As the wad reaches the muzzle its job ends and it separates from the payload. There are some choke manufacturers that employ wad-stripping technology they say holds the payload in the shot cup as it leaves the barrel, but whether the pellets breach the muzzle within the wad is still up for debate.

As the shot charge drives toward its target at 900-plus mph, a sausage-shaped cloud stretches and widens into a shot string. Only under a high-speed camera, is the shot string visible. In general, they average about seven feet long, and are rarely shorter than four feet. Instead of hitting the target with the force of a single projectile, the shot string impacts many times—pellet strikes are within micro-seconds of one another. Most hunters are after a shorter shot string, but some stringing is a good thing. If your payload arrived at the flying bird as a flat circle with the thickness of a single pellet, you would need to shoot a shotgun with rifle-like precision. Shot string allows some leeway if you’re slightly ahead of the duck, pheasant, goose, etc.

Shotshell technology continues to evolve, though the major developments arrived decades ago. But ballistic engineers continue to fine-tune the modern wad, a natural requirement as better performing shells and new powders emerge. Shooters will likely see improved patterns and downrange lethality from future shotshell offerings. Just remember, it wouldn’t be possible with out that piece of plastic inside the hull.