The 6.5 PRC is a Hard-Hitting, Long-Range Round for Hunting and Competition

The story behind the newest factory short-mag 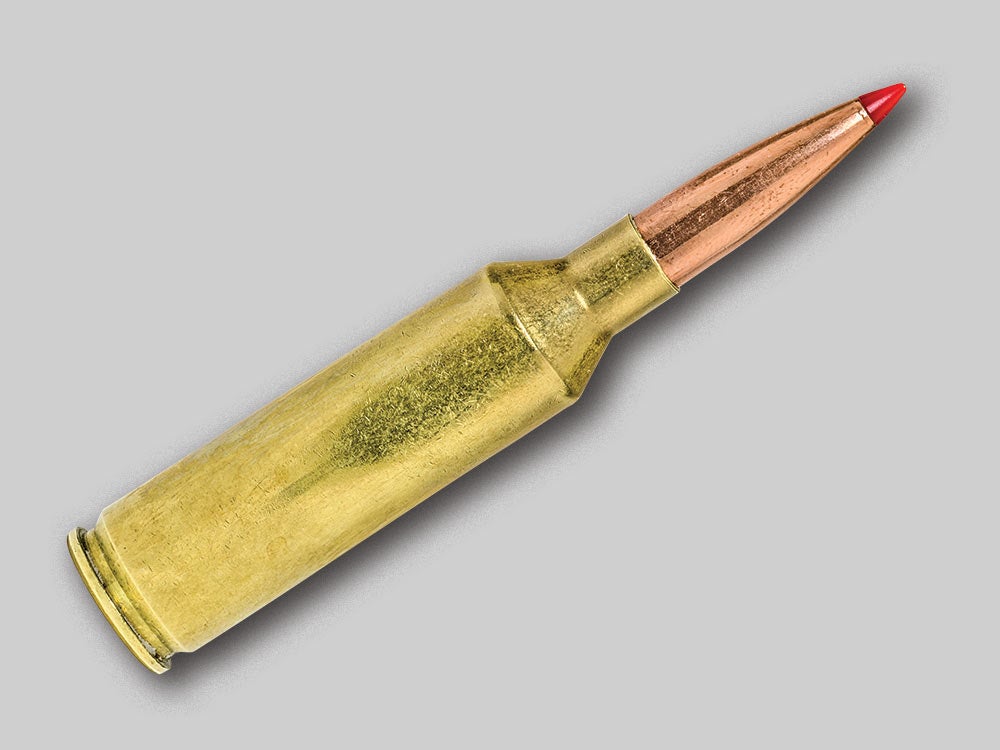 The 6.5 PRC in all its glory. Bill Buckley
SHARE

The 6.5 PRC from Hornady might seem like a new cartridge, but it has been a long time in the making—since 2013, in fact. The driving force behind its development was George Gardner, owner of GA Precision, who was looking to create a hard-hitting long-range round for both hunters and competitive shooters, particularly those in the Precision Rifle Series. According to PRS rules, cartridges cannot have muzzle velocities in excess of 3,200 fps. In addition to that restriction, Gardner also wanted to run the cartridge through short-action receivers. These two parameters are why he decided on a 6.5 mm/.264-caliber round.

When looking at a parent case for a 6.5 short mag, Gardner had three choices. He dismissed the Winchester Short Magnum family right away because its case capacity was larger than was needed. The Ruger Compact Magnum, which is made by Hornady, was his first pick. But back in 2013, when he approached Hornady to make a 6.5 short mag, they passed because they were already making as much brass as they could to satisfy the demand for ammo during the panic-buying years. That left Gardner with the Remington Short Action Ultra Mag. He was able to locate several hundred thousand pieces of 7 mm SAUM brass, and so the 6.5 SAUM/4S was born.

Compared to the 6.5 PRC, the 6.5 SAUM is about 50 fps faster, but the case has a rebated rim, which adds cost and can make reliable feeding more of a challenge.

The SAUM isn’t going away, but Gardner believes the PRC will prove more popular.

“The PRC is just more commercially viable,” Gardner says. “It works with a greater variety of powders and a broader range of guns, and is a little more versatile than the 6.5 SAUM.”

But what about that 3,200 fps threshold Gardner was aiming for? Hand-loading is the answer. Using 57.0 grains of Reloader 26, Gardner is able to drive the 147-grain ELD Match at 3,100 fps from a 26-inch barrel with no signs of pressure.

For shooters and hunters looking for a well-balanced, efficient, and effective long-range round, the 6.5 PRC is tough to beat. ––John B. Snow