Long before there was an Outdoor Channel or anyone ever thought to utter the horrid word “awesome” to describe a... 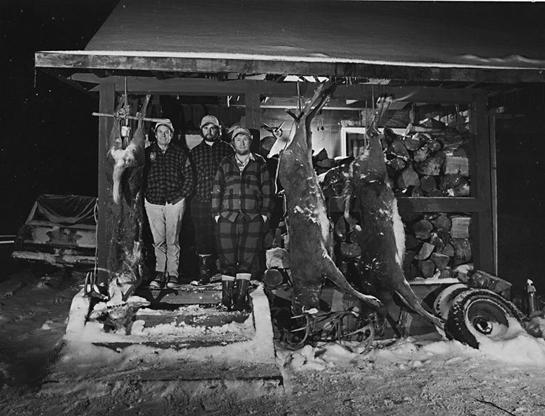 Long before there was an Outdoor Channel or anyone ever thought to utter the horrid word “awesome” to describe a dead deer, there was Larry Benoit.

Referred to by some as “the greatest deer hunter to ever walk the face of the earth,” Benoit, 89, passed away last Tuesday in Duxbury, Vermont.

Whether you think the proclamation overstated or not, to say that Larry Benoit influenced an entire generation of deer hunters is not hyperbole. Benoit spawned a resurgence in the art of tracking deer. He didn’t, however, track run of the mill deer, he targeted giant bucks in the big woods of northern Vermont, New Hampshire, Maine, and Canada.

His motto might as well have been “200-pounders or bust” because season after season he scored on the true monarchs of the deer woods. And he tracked them — on the ground, in the snow — looked them in the eye and killed them.

Larry Benoit was my deer-hunting idol. While Jack O’Connor was writing about African safaris, Jim Baker was inventing portable tree platforms, and John Wootters was using tactics I thought would never work outside of Texas, I was trying to be like Larry Benoit.

From the age of 14 on, his rather simply titled tome: “How To Bag The Biggest Buck Of Your Life” became my nightstand companion. Some kids listened to ballgames on their transistor radios; I read and dreamed about Larry’s book, fantasizing about someday sneaking up on a Benoit-type giant in a swirling December snowstorm. I read it before each deer season for 10 years. The dog-eared copy of the book remains in a treasured place in my library.

It was back in the late-80s or so when I first conjured up this grandiose scheme to actually worm a way into meeting the Benoits.

As a young associate editor here at OL, I was introduced to Peter Miller.

“Peter,” I instantly shot back, “KNOWS Larry Benoit! Are you kidding? He’s the best deer hunter in the country. So what’s he shot since the book came out a couple years ago? More huge bucks? We need to do a new story! Holy crap!”

Knowing that I had thoroughly embarrassed Conley with my outlandish enthusiasm, I spent that night updating my resume. I was done.

Conley summoned me into his office the next morning.

“Kind of excited about the Larry Benoit/Peter Miller story huh?”

“Well before you screwed things up any more, I got you out of my office and assigned him the piece. It’s a great idea.”

A few months later, THE Peter Miller mailed me his story on THE Benoits –Larry, Lanny, Lane and Shane — with the photo that accompanies this blog. It remains one of my favorite outdoor magazine photos and stories of all time. The Benoits were big woods, big buck badasses.

Although I never got to meet Larry face-to-face, I did speak with him on the phone one day. All I really could think of to say to him was, “Thanks … thanks for helping me become a hunter.”

Larry Benoit will be missed.