Deer harvest estimates for the 2015 season are trickling in across the country and much of what we’re hearing seems... 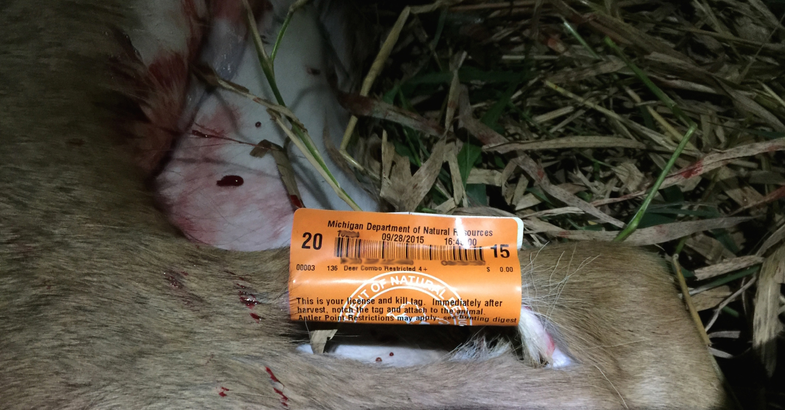 Deer harvest estimates for the 2015 season are trickling in across the country and much of what we’re hearing seems positive. Just recently, it’s been reported that Virginia’s deer harvest was up 12 percent from last year, Illinois hunters have supposedly killed about 10,000 more deer than in 2014, and in West Virginia the harvest is supposedly up 32 percent year over year. But how accurate are these types of reports and harvest estimates anyways?

Seeing as I’m from Michigan—where we don’t have any kind of mandatory deer check-in process—I’ve asked this question plenty of times. How can our wildlife agencies get any idea of how many deer are getting killed if they don’t ask us? And even for the states that do have some kind of check-in procedure, can those numbers really be trusted given how many dead deer likely go unchecked?

It seems that I’m not the only person with these kinds of questions, as the Quality Deer Management Association’s recently released 2016 Whitetail Report includes a section dedicated to this very topic. And according to their explanation, the answer is yes, this data is accurate. Or at least accurate enough.

To better understand how deer harvests are estimated, the QDMA staff reached out to 37 states that collect harvest data for whitetail deer and found there are three basic methods of operation. The first is to use a mandatory reporting system and simply use those numbers to provide a minimum harvest estimate. Second, to account for potential unchecked deer, some agencies use a mandatory reporting system and then apply a correction factor that gets them closer to the real number. And finally, some states simply use a survey sent to some sample of the hunting population. Of the 35 states that provided data, 23 use a mandatory reporting procedure (with or without some kind of correction) and 12 others rely on a survey.

To better understand how a state might go about this, let’s look at the Pennsylvania’s harvest estimation process as described recently in an article for the Penn State Deer-Forest Study by Duane Diefenbach, an Adjunct Professor of Wildlife Ecology at Penn State University. Diefenbach explained that the three sources of data that Pennsylvania uses to develop harvest estimates are hunter-reported harvests, field-checked deer by game commission staff (approximately 25,000) and a Game Take Survey, which is sent to 2 percent of hunters. To get a harvest estimate, wildlife biologists compare the data they get from self-reported harvests and field-checked deer to determine the ratio of those reported versus not, and then apply that to the larger hunting population to get a more accurate estimate.

The random survey still seems to be puzzling though, how accurate can that really be? According to Diefenbach, in Pennsylvania those surveys sent to 2 percent of the hunters come back within 1 to 9 percent of the actual harvest number determined by the check-in process listed above. In the end though, it might not even be the actual harvest number that’s most important.

“It’s not,” says Matt Ross, a hunter, wildlife biologist and co-author of the QDMA’s Whitetail Report. “Hunters want it to be important, but they also don’t believe it. They say how can you know how many deer were killed if you didn’t check my deer? And that’s true. These estimates aren’t down to the individual deer, but scientifically this is an accurate and proven way to estimate deer harvest. Trends, though, are most important.”

These trends, Ross explained, are the key to making decisions. And as long as the harvest estimating methodology used remains consistent year after year, state agencies can accurately monitor any changes or trends in harvest and population, which ultimately are the most important variables to understand when setting appropriate game regulations and management plans.