The Secret to Deer Hunting Success: What I Learned from Interviewing 30 Whitetail Experts

Over the past year I’ve spent close to a hundred hours on the phone interviewing, questioning, and analyzing more than... 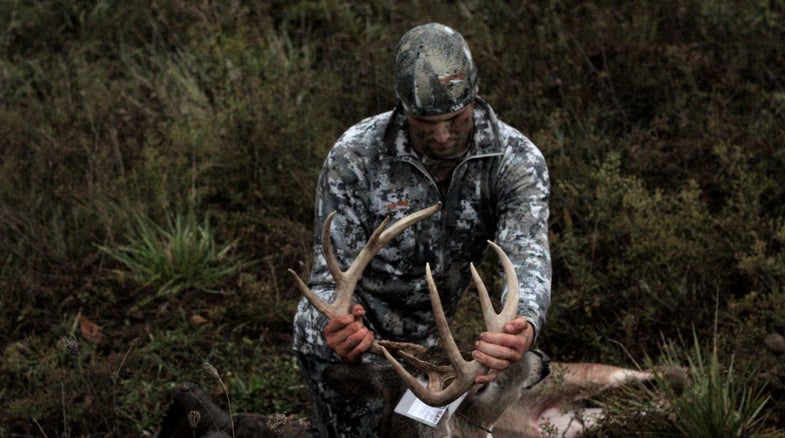 Over the past year I’ve spent close to a hundred hours on the phone interviewing, questioning, and analyzing more than 30 of the nation’s top whitetail hunting experts. I’ve interviewed Mark Drury, Don Kisky, Don Higgins, John Eberhart, Steve Bartylla, Jim Shockey, Lee Lakosky, and many more. And from all of these incredible deer hunters, I’ve learned a secret. The secret, actually: the secret to deer hunting success.

Don Kisky, of Whitetail Freaks TV, explained that “the single most important aspect (of our success) is scouting and knowing the deer…if I didn’t scout, we wouldn’t have a starting point. So it’s very important to run these trail cameras, scout all summer long, pick up the sheds, whatever it takes.”

John Eberhart, a big-buck hunting savant from Michigan, explained his key to success was to “go to areas where other hunters are not willing to make the effort to get to.”

Lee Lakosky of The Crush TV says, “It’s basically hard work. And then it’s about food.”

And Dan Infalt, a renowned public land hunter from Wisconsin, explained his focus and key to success is understand bedding areas. And I could go on and on.

Of the dozens of deer hunters I’ve spoken to, every single one of them had a unique story, circumstances, and set of strategies that led to their success. Some focused on improving their habitat for deer, some manipulated habitat to make their stand sites better for hunting. Others focused on scouting with trail cameras, while some preferred long-range scouting through observation. A handful of hunters believed in protecting bedding areas as sanctuaries, another set of hunters believed in diving into bedding areas and hunting them. And while the number of ways these experts hunted varied widely, they all had one thing in common. They were consistently killing big, mature whitetail bucks.

So if there was no clear, consistent theme connecting all of these expert hunters and their success—what did I take away from these interviews?

It was simply this; there is no single route to consistent deer hunting success, and the sooner we give up on the notion that some secret tactic or special product is going to guarantee big bucks, the sooner we’ll be on our way to improved deer hunting. There are no set rules. Things aren’t black and white.

I’ve learned to take in as many new ideas, tactics and strategies I can—and then filter them. I examine these ideas through the lens of where I hunt and the circumstances I’m faced with, and then I try those tactics that seem to fit. I’ll try a little of this, sample a little of that, and slowly but surely I’ve found which “secrets” fit my style, situation and goals. And that’s really all you can do. There is no magic bean. There is no quick-fix for our hunting woes. There is no shortcut to Boone & Crockett bucks on the wall. All we can do is keep at it, never stop learning, and continue to try new things.

So what’s the secret to deer hunting success that I learned from all of these whitetail experts? Understanding—and accepting—that there isn’t one.