Whitetail Deer: How to Hunt the October Shift

I’m sure you’ve been hearing about it a lot lately. The dreaded “October Lull”. Mid-October is widely believed to be... 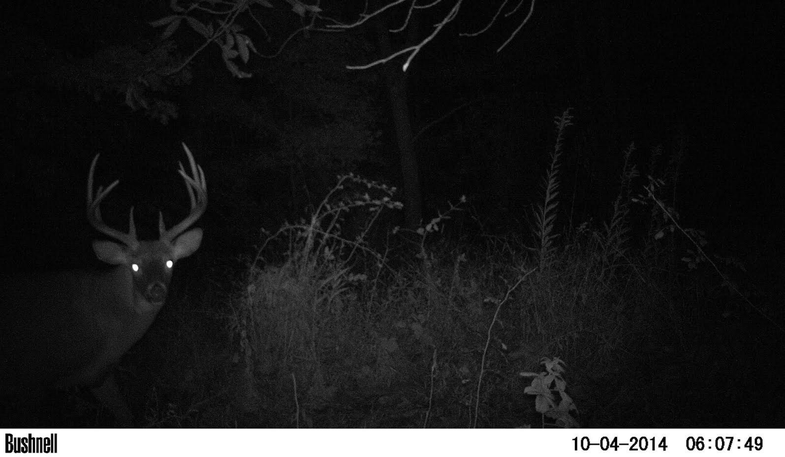 I’m sure you’ve been hearing about it a lot lately. The dreaded “October Lull”. Mid-October is widely believed to be one of the slowest periods of the hunting season, and because of it, many hunters will likely be trading in their bow and arrows for a bowl of nacho cheese and college football this weekend. But that might be a mistake.

No Lull At All
Recent radio-telemetry research indicates that the lull is really not a lull at all. In fact, buck movement actually increases in mid-October. So precisely what is taking place in the deer woods?

I’ve taken to calling it the “October Shift.” Deer activity might not be decreasing, but it’s definitely changing, and the hunters that don’t change along with it will certainly notice reduced sightings. This behavior shift in deer is likely caused by a combination of hunting pressure, changing food sources, harvested crops and decreasing cover. The net result of all of these changes is that deer will be spending their time much differently on October 15 than they were on October 1.

Hunting the Shift
This shift in deer behavior does present serious challenges for many hunters. I believe there are two ways to approach this timeframe.

First, if you don’t have a good read on a particular buck’s likely bedding areas and/or don’t have good weather (namely cold temperatures), I’d recommend you play it safe and stay out of your best spots. Fumbling around blindly during mid-October is a sure-fire way to pressure your deer into nocturnal activity, without really having much of a chance of seeing them in the first place. If you’re lacking the necessary intel at this time, stick to your secondary locations, hunt does, or simply observe from a distance.

On the other hand, if you have strong intel, like daylight pictures of a mature buck or a known bedding area scouted, you can move in for a strike at this time. The key is to wait for those ideal conditions – cold front, rising barometer, ideal wind – and then hunt as close as you safely can to that bedding cover. A mature buck will definitely still be moving at this time of year, but it’s not likely that he’ll move too far from his bed before dark. Your job is to find that night when he’ll move just a little earlier, and then make sure you’re close enough to take advantage of it.

Putting It Together
Last year, this exact scenario played out for me in Southern Ohio. I’d located a big buck bed in a prime location that spring and determined that it was likely being used with some kind of westerly wind. Six months later, on October 15, a cold front hit Ohio bringing with it a nearly 20-degree temperature drop, light rain and a westerly wind. I headed down with high hopes and a plan to tuck in close to that bed.

The next day a six-year-old, 160-class whitetail stepped into range, with daylight to spare. This was no October Lull.