Ohio Hunter Tags Old, Famous Buck with an Antler Growing Out of Its Eye

Based on photos, sheds, and local lore, Davey Stuckey estimates the buck was 8 or 9 years old 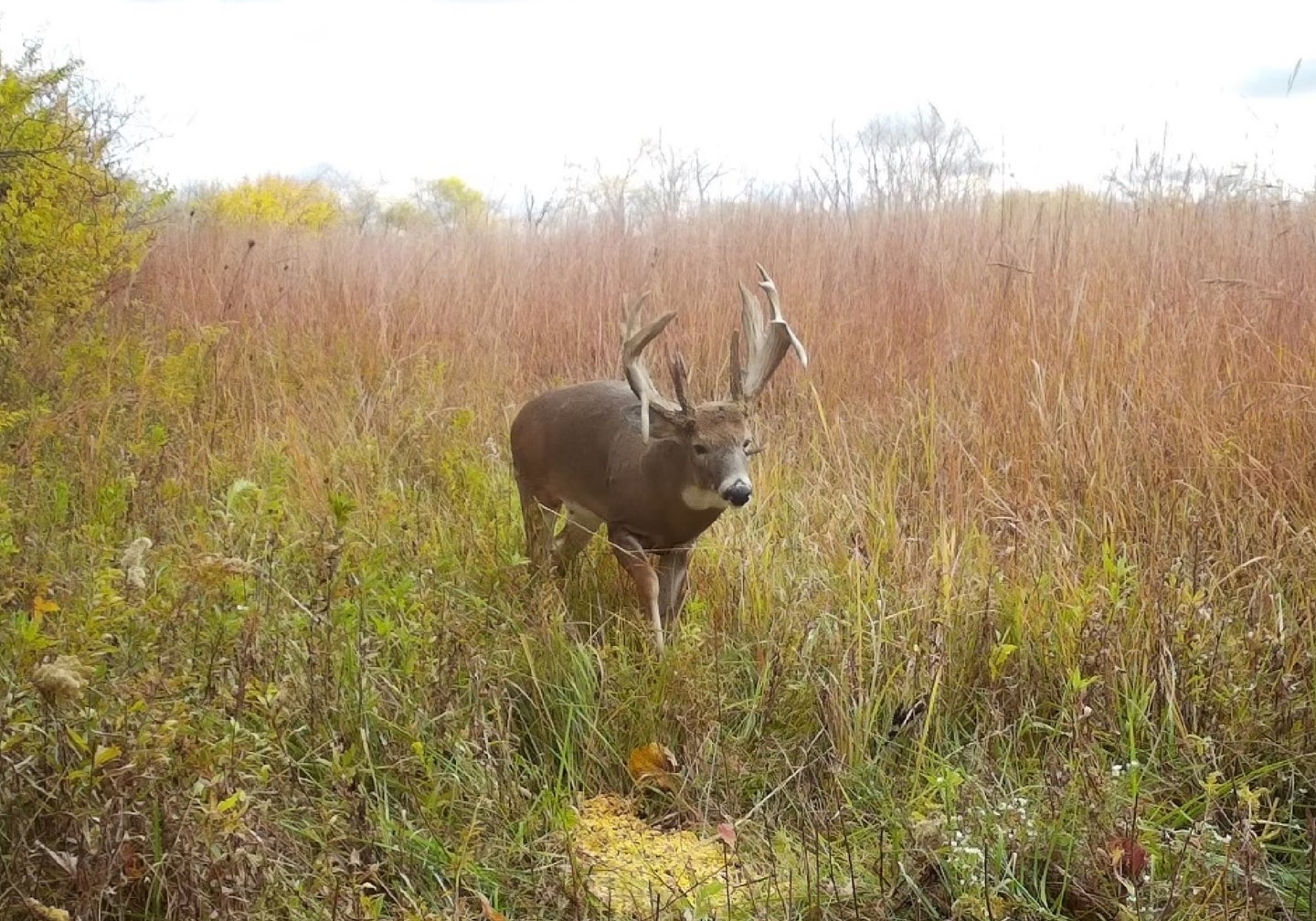 The Fayette County monster had an extra antler in an unexpected place. Davey Stuckey
SHARE

Local legend bucks can cause quite a stir in the communities they haunt. Hunters try to claim them and do just about anything to keep them on their properties. Every spring, they pray the special buck survived the season and lived to see—and grow—another year. Davey Stuckey, a 44-year-old retired Army infantryman, wanted the monster whitetail of Fayette County, Ohio as bad as the next guy. This buck had a 9-inch drop tine and a 2-inch antler growing out of his left eye socket. It took Stuckey four years, but on Oct. 31, 2022, he made local history.

Stuckey found the buck’s sheds in 2018, which rough-scored 187 inches without a spread measurement. But the buck always hung around one of the few farms in the area where Stuckey doesn’t have permission. (The owners are close family friends but they hunt the land). Stuckey didn’t see the buck again for the next two seasons, then saw him from the road in the spring of 2020, still on the same off-limits property.

“I watched him like that for another two years,” Stuckey tells Outdoor Life. “It was just heartbreaking seeing a deer like that where you can’t even hunt.”

Somehow, the Fayette County buck survived each fall. Things changed this year when the buck moved to a ditch on a farm just a half-mile down the road where Stuckey had permission. He kept his mouth shut about the discovery even as the local rumor mill churned.

“There were like six or seven guys hunting this deer,” Stuckey says. “There were trail camera pictures all over social media.”

Stuckey immediately hung a trail camera near the ditch. Shortly thereafter, the pictures started flooding in. Stuckey realized he was staring straight at one of the buck’s primary bedding areas, where he spent almost half his time. He’d lay right in front of the camera for seven hours straight, moving very little during legal shooting hours. Then a cold front moved in, urging the buck to his feet. Stuckey grabbed his crossbow and moved in.

“There were these 30 mile-per-hour winds one day, and I snuck up in this grass. I shot and missed at 30 yards,” Stuckey recalls. “The grass is so tall and thick, and I think my expandable broadhead opened up in it. He didn’t know what happened, he sort of ran up on me at an angle and looked around then trotted away.”

The next day, the temperature climbed and the buck settled down again. But Stuckey knew the mornings would be a lot cooler.

“I went straight across the ditch and hung a treestand off this finger that stuck out, and he started daylighting over there,” Stuckey says. “The third morning I hunted him, he stepped out bumping some does, grunting and lip-curling, and I shot him at 53 yards. He went out about 20 yards into a cut-grass field and then bolted back into the ditch. I went down and he was just across the ditch in the wide open.”

Stuckey immediately called the local game warden. He knew other guys were chasing this buck and he wanted the warden to witness his legal kill, just in case jealousy kicked in and folks called Stuckey’s story into question.

“With me not having much except trail camera pictures, I just wanted to cover all my bases,” he says. “So the game warden checked my permission slip, we walked out there, tagged him, and drug him out.”

Stuckey’s taxidermist caped out the buck, being careful to avoid what Stuckey calls the “eye guard.” He preserved the left eye socket with its antler attached to the skull cap, bumping the rack to a Buckmasters score of 228 1/2.

As for the other hunters chasing the Fayette County monster, Stuckey said he’s received a lot of support and kindness for the most part, minus a few negative comments.