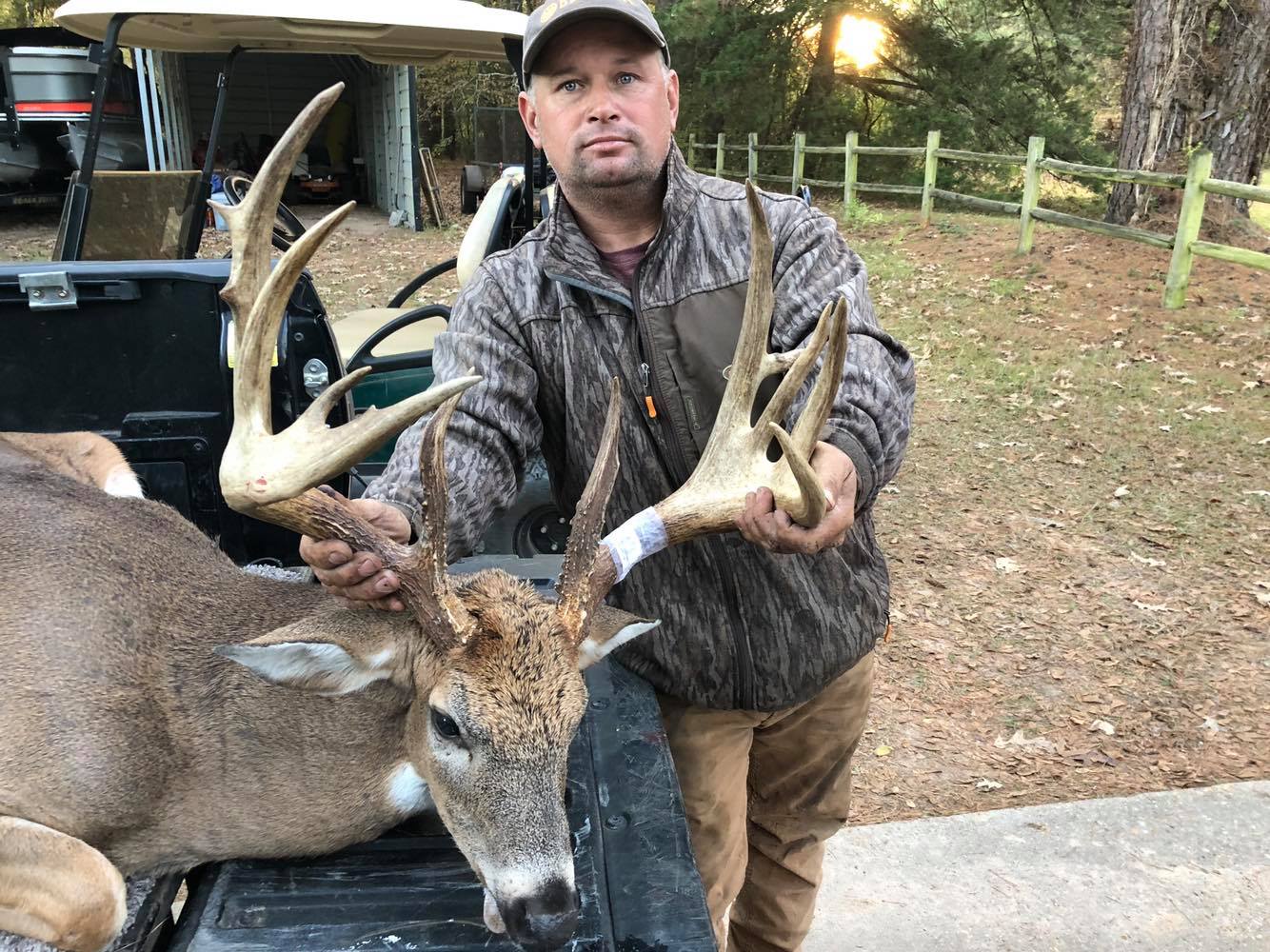 When you've only got six-acres of land to hunt, you make the most of it. Chad Allison, via Facebook
SHARE

Six acres isn’t much ground for deer hunting, but that doesn’t much matter if it’s the right six acres. Focusing on small tracts to target big bucks has turned out well so far for Louisiana hunter Chad Allison.

“One thing I have learned during my years of chasing big bucks is that you have the best chance [to intercept] mature bucks when you get to hunt them on small tracts in places like just over the back fence,” the 45-year-old welder told Louisiana Sportsman last week. “This is true especially when deer are pressured. They like to sneak in and lay up in thickets right behind someone’s home.”

Allison located such a potential spot last year in Webster Parish, and secured permission from the landowner to hunt her six-acre property. Allison put out trail cameras and got photos of a good 8-pointer, which he decided not to hunt that year. When he put out cameras in 2021, he got a picture in September of what he suspects was the same buck—but a year older and much bigger.

It wasn’t until Nov. 8 at 3 a.m. that Allison got another photo of the buck, delivered to his phone via remote trail camera. When he saw it was the big buck, he decided to hunt that morning. He slipped into a ground blind

To keep from alerting the buck, Allison decided to hunt from the ground, using a freshly-fallen cedar as cover. As dawn brightened the woods, Allison saw movement just feet from him.

“I saw something move, I looked up and there 10 feet from me stood the buck. He saw me move when I looked up, spooked and ran and I figured I had really messed up.”

But that afternoon Allison returned to the cedar tree and settled into the cover of its boughs at 4 p.m. Twenty minutes later, a doe stepped into a cleared area 100 yards away—with the big buck right behind her.

Allison shouldered his Browning .270, squeezed the trigger, and watched the buck fall. The deer was scored at Simmons Sporting Goods in Bastrop, where a scorer tallied 14 points on the 175-pound buck. With very few deductions, the massive rack measured 174 2/8 inches of antler, proving Allison’s point that big bucks can indeed come from small properties.